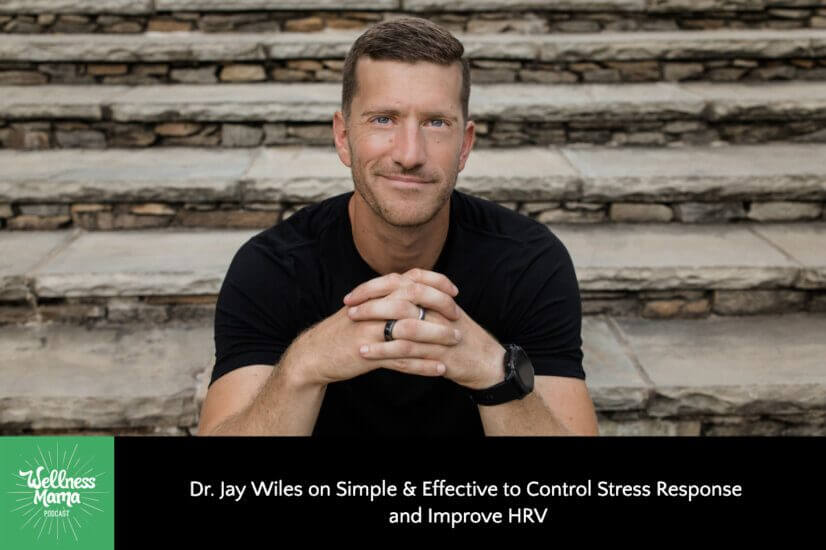 I’m here with Dr. Jay Wiles who is an international scientist, clinician, speaker, and subject matter expert on HRV and the interconnectedness between the stress and health performance and optimization. He is a clinical health and performance psychologist with board certification in heart rate variability biofeedback and peripheral biofeedback, and he works with a team of leading consultants in psychophysiology to help professionals, athletes, and teams, executives and high performers to increase their performance. He is also the co-founder and chief scientific officer of Hanu Health.

We go deep in this episode about what HRV is, myths and misconceptions about HRV and why HRV is not a normative comparison, but for self-comparison only. We also talk about the reason males typically have higher HRV, what to understand about the autonomic nervous system, the single greatest mechanism for improving HRV, and so much more. I learned a lot and I’m going to be checking out his new tool, Hanu Health, and I know you’ll learn a lot from this one too.

This episode is brought to you by LMNT. LMNT contains a science-backed electrolyte ratio: 1000 mg sodium, 200mg potassium, 60 mg magnesium. With none of the junk. No sugar. No coloring. No artificial ingredients. No gluten. No fillers. It turns out that a lot of us aren’t getting enough salt and LMNT is my solution. Athletes, any of us who use sauna, people who follow a low carb or paleo type diet, and moms (especially during breastfeeding) have an increased electrolyte need and electrolyte deficiency can cause headaches, cramps, fatigue, and weakness. LMNT was co-founded by my good friend Robb Wolf when he was looking to increase his athletic performance, and it now has thousands of avid fans including olympic athletes, pro athletes, special forces teams and moms and families around the world. I drink LMNT almost everyday to support my workouts and hydration levels and my favorite flavor is definitely watermelon.  As a member of our community, LMNT has a very special offer for you. Claim your free LMNT Sample Pack – you only cover the cost of shipping. Get yours here: DrinkLMNT.com/WellnessMama.

This episode is brought to you by Wellnesse… my natural personal care line of products that are designed to work better than their conventional alternatives. And the newest in our lineup is natural deodorant that actually works! It joins our toothpaste, other oral care products, haircare and soap as, in my opinion, the best deodorant on the market. At Wellnesse, we know that what goes on the body gets into the body, so we create products that aren’t just not harmful, but go beyond to be great for the body! Our deodorant took a lot of iterations to get the formula perfect and now its a skin microbiome friendly, highly effective natural deodorant that won’t cause itching or rashes like many natural deodorants (and it smells great!). Check out all Wellnesse products at Wellnesse.com!

557: Justin Nault on How to Lose Weight by Eating More and Exercising Less
Next Post: 559: Whitney Freya on How to Transcend Fear & Create a Life You Love Through Art