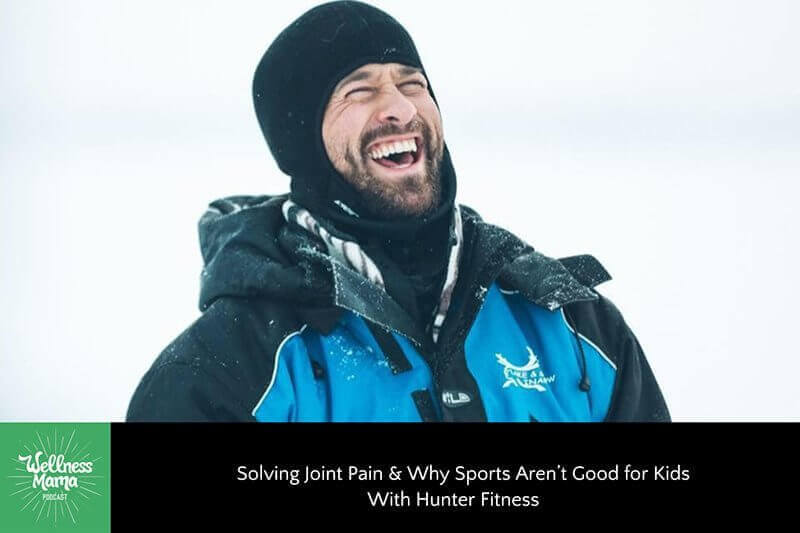 Hunter Cook of Hunter Fitness became a close friend when I visited Finland this year with Four Sigmatic. Ever since, I have been implementing his systems and at this point I am totally sold on his approach to mobility training and overall physical health.

Today we’re covering all things joint health — how they function, as well as ways to protect and strengthen them when exercising or playing sports. We’ll also tackle the controversial topic of competitive sports for kids and practical ways to protect kids from injury in the line of play.

Hunter has a bachelor’s in Kinesiology with a focus on exercise science, and he now teaches the FRC Mobility Specialist Certification and his Kinstretch Instructor Certification. We’ll explain what both of those mean in detail, but basically he teaches all over the world and has a long list of clients from professional athletes and trainers, to celebrities, and to regular people just like me.

Do you think kids should play sports? Will you change anything based on his advice? Please drop a comment below or leave a review on iTunes to let us know. We value knowing what you think and this helps other moms find the podcast as well.

This episode is brought to you by Ritual Vitamins, which are specifically designed just for women. Ritual contains nine essential nutrients that most women don’t get enough of from just from food: vitamin B12 (as methylcobalamin), folate, vegan D3, vitamin K2, vitamin E, omega-3 fatty acids, boron, chelated iron and a proprietary form of magnesium. Ritual supplies them in forms that are easily absorbed and utilized, and all the capsules are vegan, gluten-free, allergen free and non-GMO. They have both a prenatal and a regular women multivitamin both designed specifically for women and synergistic for women hormones. Did you know that 40% of women can’t properly use folic acid due to an MTHFR gene variation? Ritual contains a natural form of folate and synergistic nutrients so the entire multi is more effective. In pregnancy especially, folate is vital. According to OBGYN Dr. Jason Rothbart, “most women don’t find out they are pregnant until around 4-7 weeks pregnant, which is past the first 28 days. In the first 28 days, the organs are rapidly forming. The neural tube (which becomes the central nervous system and vertebral column) is almost completely formed and closed by the end of 28 days.” The essential nutrient Folate helps promote healthy development neural tube. This is why many doctors recommend taking a quality prenatal for several months before trying to get pregnant. Ritual makes it easy with both a prenatal and regular women multivitamin. Learn more about both at wellnessmama.com/go/ritual.