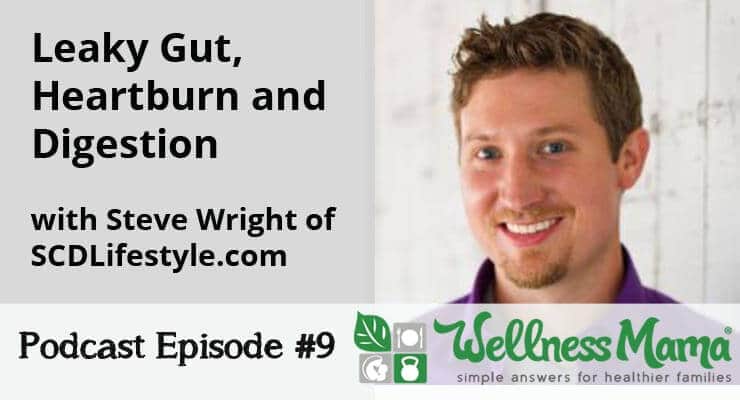 In this episode, I welcome special guest Steve Wright from SCDLifestyle.com to talk about all things digestion.

Steve is the co-creator of SCD Lifestyle and the Solving Leaky Gut System and has worked with hundreds of people to help them improve digestive health. SCDLifestyle.com helps readers find answers to problems like Irritable Bowel Syndrome, Indigestion, Heartburn, Ulcerative Colitis, and other digestive problems.

In this episode we talk about finding real solutions for digestive problems and how to know what your body needs to improve digestion. Steve shares why conventional treatments often don’t work and how sometimes the “cure” can be like throwing fuel on the fire.

He shares the two supplements that often make a night and day difference for digestive health and tells his own story of recovery.

Steve talks about three things you must do everyday for optimal health and gives practical tips that you can do to give your family better health everyday.

Notes From This Episode

Thanks as always for listening to the Wellness Mama Podcast. If you are enjoying the show, please leave a rating and review on iTunes. It helps my podcast to show up for those searching for health and wellness podcasts.