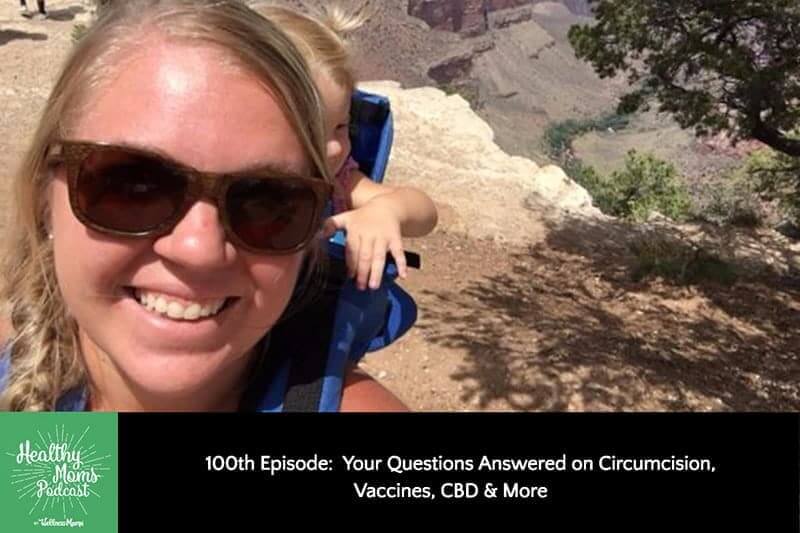 Today is the 100th episode of The Wellness Mama Podcast! We’ll be doing things a little differently to mark the occasion … it’s your turn to interview me! I’ll even dive into the topic of vaccines, which I’ve never talked about on the blog before but am asked about often.

First, a little recap of the best episodes (I think) since the podcast began …

It’s nearly impossible to choose “favorites” from the long list of interviews I’ve had with amazing health experts from all around the globe. That being said, here are some can’t-miss interviews from the past 99 episodes:

You Ask, I Answer … Even About Vaccines

I asked all of you to send in any questions you might have for me, and you sent me some great ones. In this anniversary podcast conversation I’ll answer some of the topics that came up the most.

I always say … I’m not a doctor, I’m just a mom sharing what I learn about health along the way. Please don’t take what I say as medical advice, and please don’t take my opinion (or anyone else’s opinion for that matter) at face value.

I encourage you to dig in to the research to decide what’s best for your family, because it may not be the same as what’s good for mine. There’s just no getting around the fact that a lot of health topics are controversial and the science can be debated. I always welcome respectful dialogue here on the Wellness Mama blog (keyword: respectful!) because that way we all can learn from each other.

Now that that’s out of the way … on to the interview!

Some Personal Things About Me

I’ve steered away from this and other emotionally charged issues publicly because I sincerely want the blog to be a respectful and pleasant place. But vaccines are a huge part of what we as moms wrestle with and are definitely worthy of discussion.

In this episode, I’m finally speaking out with my take on:

I appreciate you all so much. Thank you for listening, sharing, and working with me to find ways to better health for us and for the next generation. It means a lot that you would take time to hang out with me here each week!

What do you think about these topics? Are there any questions I missed? Let me know what you’d like to hear about in the next 100 episodes!