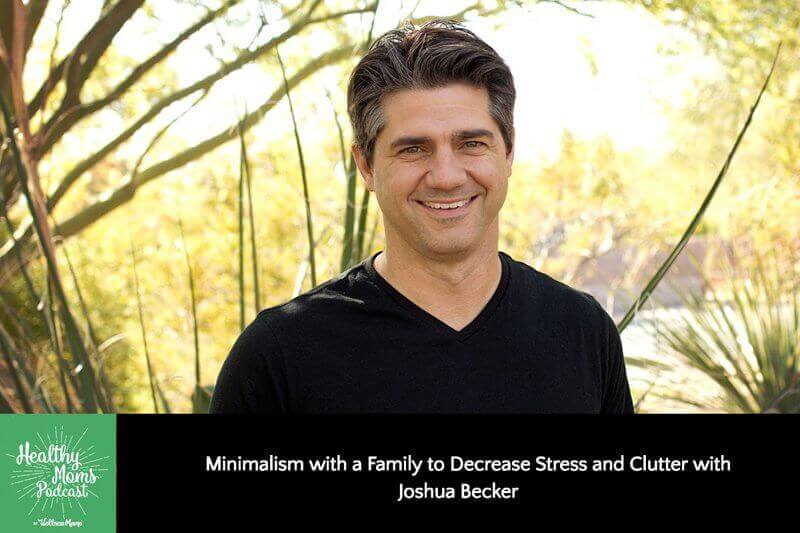 077: Joshua Becker on Minimalism with a Family to Decrease Stress & Clutter

The Wellness Mama Podcast
077: Joshua Becker on Minimalism with a Family to Decrease Stress & Clutter

Minimalism has become incredibly popular over the past several years (I’m a big fan as well), and today I’m talking to Joshua Becker of the blog Becoming Minimalist. His mission is to “own less and live more,” and inspire others to do the same.

What Minimalism Adds to Life

For Joshua, the story began years ago as he was cleaning out his garage. His young son was playing outside in the backyard, and had asked him to come play. He struck up a conversation with the neighbor has he cleaned and his neighbor made a comment that maybe he didn’t need to have all of that stuff to begin with.

That offhand comment marked a turning point in his life and minimalism began that day for Joshua and his family.

They began the process of reducing their possessions and only keeping the things that added value to their lives. After donating the majority of their things, they found so much time and freedom that Joshua started his blog to share the message with others.

This episode is brought to you by Paleovalley. This company makes one of my favorite on-the-go snacks to give to my kids. Paleovalley beef sticks are 100% grass-fed and grass-finished beef naturally fermented the old school way. In fact each beef stick contains a billion CFUs of probiotics plus high levels of omega-3s. Go to paleovalley.com/wellnessmama and use the discount code WELLNESSMAMA10 to get 10% off. Or, get up to 40% off when you purchase in bulk, which is how I order.

Paleovalley cows are never given antibiotics, hormones, or grains and their products are gut-friendly, paleo-friendly, gluten-free, soy-free, and dairy-free (wow!). So, again, check it out paleovalley.com/wellnessmama, with the code WELLNESSMAMA10 to get the discount.

This episode is also brought to you by StudioPress Sites. This platform makes setting up and running a blog super easy, and I wish I had it when I started! Basically it’s an all-in-one solution all for one monthly price, without all the headaches that come with trying to learn it all yourself. It includes hosting, themes, plugins, and much more. Even if you have already started blogging, this tool may save you time and money and be an upgrade from what you currently have. So check it out at wellnessmama.com/studiopress.

076: Genevieve Howland on How to Optimize Your Pregnancy & Birth Experience
Next Post:078: Leah Segedie on How Moms Can Affect Food Change