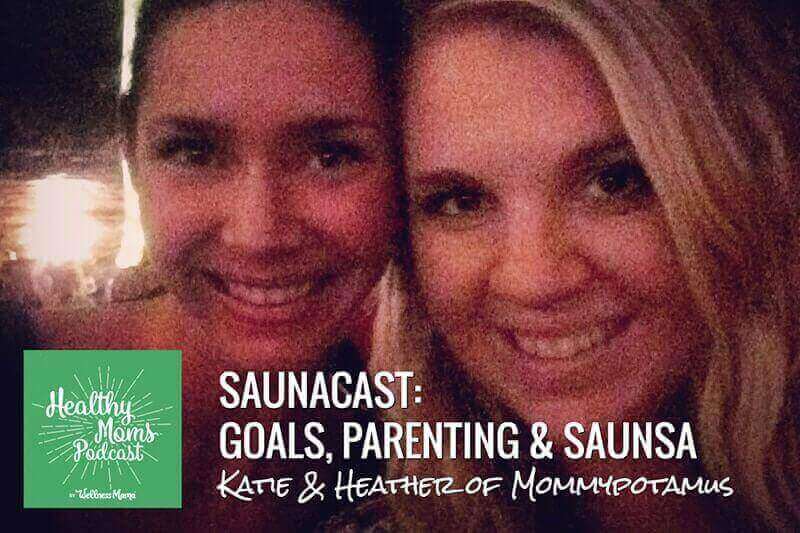 Katie and Heather from Mommypotamus.com sit down for the first ever SaunaCast. Why the name? They recorded this episode from inside a sauna (in the thirty minutes before they tapped out from the heat!).

In This Episode, They Discuss:

This episode of The Healthy Moms Podcast is brought to you by Kettle and Fire Bone Broth. If you love the benefits of bone broth but don’t love the time it takes to make and how tough it can be to find quality bones to make it, Kettle and Fire is for you! They have the first grass-fed (and grass-finished) non-perishable bone broth and it is ah-mazing! You can find them in many Whole Foods on the west coast and you can also order online from here.

Their bone broth is a regular staple in my kitchen these days, and it was what I used to create the recipes in my new bone broth e-book (releasing later this year).

This episode is also brought to you by Thrive Market. If you live in a real food desert like I do, it can be difficult to find certain organic foods, speciality foods, or allergy-friendly foods. Thrive Market is my solution to this problem. They carry thousands of the non-perishable foods that I use most often at discount prices. I think of them as a combination of Costco, Amazon, and Whole Foods. They are online like Amazon, have a yearly membership fee to unlock discounts like Costco, and carry high quality foods like Whole Foods.

058: Dr. Michael Breus on Improving Sleep Through Chronotypes
Next Post:060: Cate Shanahan on Deep Nutrition & the Four Pillars of Health