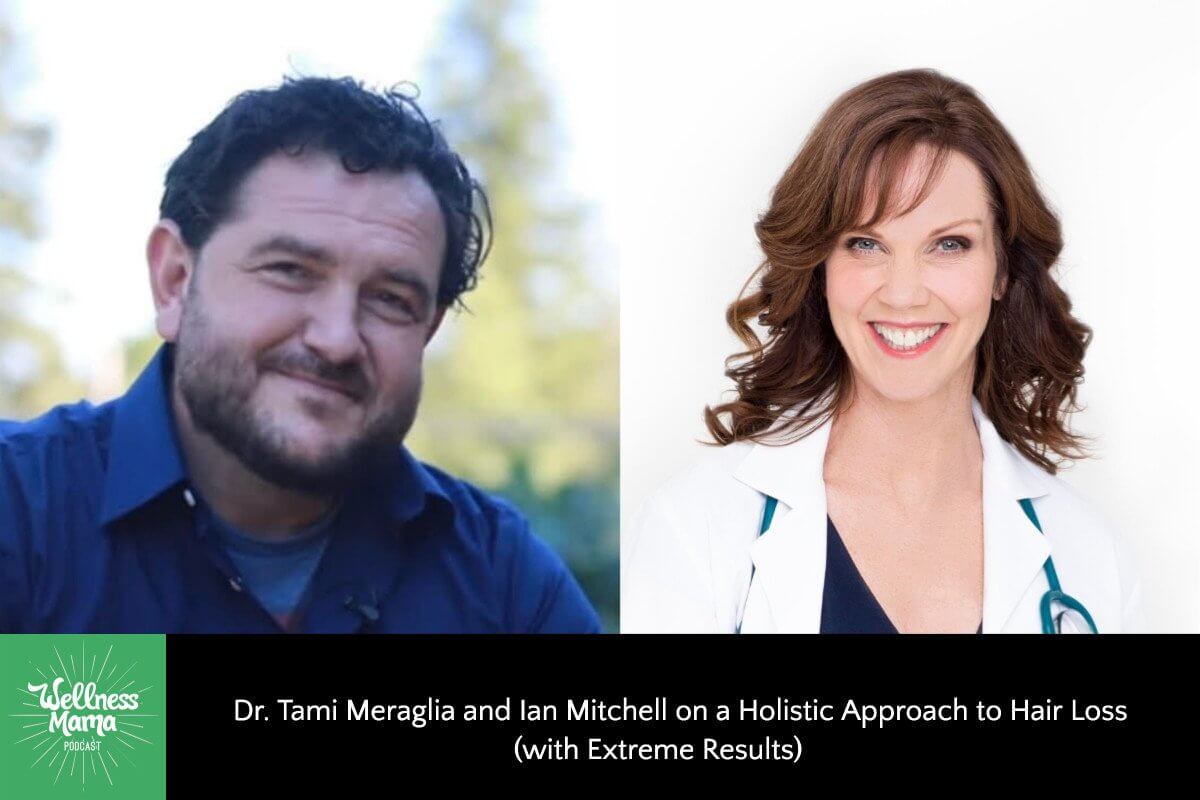 I’ve gotten an increasing number of questions about hair loss recently. The stress of the last year has gotten to a lot of us! That’s why today’s episode delves into the science of hair loss and provides evidence-based methods for reversing it!

I chat with Dr. Tami Meraglia, author of the bestselling book The Hormone Secret and the CEO of the Seattle Stem Cell Center and Bio-Renati Stem Cell and Regenerative Center in Puerto Vallarta Mexico, as well as the Hormone Medical Clinic. Ian Mitchell is a research scientist who has developed multiple novel therapeutics using Lipofullerenic-Conjugates and holds multiple patents in the field of nano-medicine. Additionally, he developed multiple products focused on the convergence of mobile telecommunications and biomedical engineering, as well as nanofluidic multi-assay systems for use with Lab-on-Chip (LoC) devices, and holds joint patents with the University of Tulsa for viral inhibitors.

All that to say, they are two of the smartest people I know and they’ve taken on the problem of hair loss to create a practical solution that provides real results.

This episode is sponsored by Joovv Light Therapy red lights. I have one of these in my bedroom and make it a regular part of my routine for several reasons. Emerging research shows that light dramatically impacts the body, and red light serves some especially important purposes. You’ve likely heard me talk about mitigating blue light exposure, especially from artificial sources, and especially at times it wouldn’t occur naturally outside (like evening or night). Red light is the other part of this important equation! Light signals a hormone cascade in our body that affects sleep, stress and more. Red light in certain wavelengths signals the body to rest and turn on its natural healing processes, making it beneficial for sleep, skin health and much more. I personally use red light therapy for my skin and have noticed that it’s been helpful in improving my loose skin after weight loss too. Learn more and lock in an exclusive Wellness Mama discount at joovv.com/wellnessmama.

This episode is brought to you by Wellnesse, that’s Wellnesse with an “e” on the end- my new personal care product line of natural and good-for-you haircare, toothpaste, hand sanitizer and more. You’ve likely heard that much of what you put on your skin gets absorbed into your body, which is a good reason to avoid harmful products, but you can also use this to your advantage by putting beneficial things on your body! Realizing that many of my closest friends still used certain conventional personal care products even though they’d cleaned up many other parts of their diet and home, I set out to create alternatives that outperformed the existing conventional options, with no harmful ingredients, and Wellnesse was born. Our good-for-you haircare and mineral rich toothpaste nourish your body from the outside in while you nourish it from the inside out, for amazing hair and teeth. Check it out at Wellnesse.com.

452: Esther Blum on How to Navigate Menopause Without All the Negative Symptoms
Next Post: 454: Dr. Jennifer Tippett on Trauma Therapy, Never Wasting Triggers, and Psychedelic Research