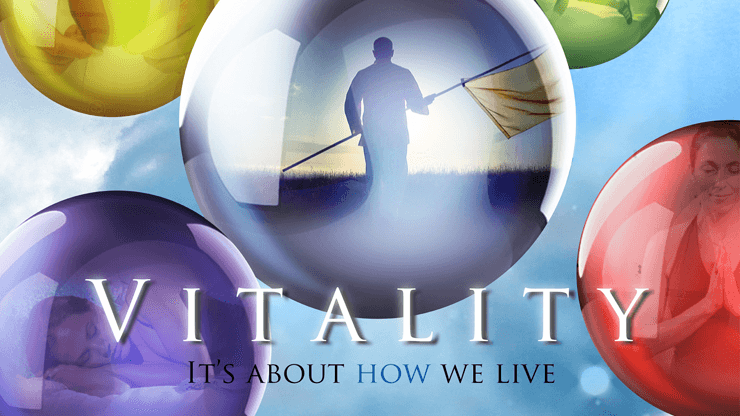 In this episode of the Wellness Mama Podcast, I talk to my friend Dr. Pedram Shojai (founder of Well.org) about ways to improve the future for our children and how to create vitality in our lives.

In This Episode We Discuss

Resources Mentioned in This Episode

I recently got a chance to watch Vitality. Dr. Pedram talks about many of the things I’ve been talking about around health and lifestyle, succinctly said in a punchy, fun, informative, and short feature film.

What is Vitality about?

To start off, that the “sick care” model in the West is designed to make money off of illness and that’s why people are getting worse every year. Why drugs can’t actually “fix” anything…

Pedram teaches us how to increase the vital energy in our lives so we can thrive instead of merely survive and stumble along. It breaks lifestyle down into the “wheel” of Vitality and gives a great structure for us to understand health in a simple yet powerful way. It is a sane look at an insane problem…very refreshing.

Who is this movie for?

EVERYONE. Whether you’re a physician who knows most of this already or someone who’s ailing and needs all the help they can get, Vitality’s message will move you. The country of Namibia is sharing this movie with school-aged children in order to help them thrive. There are governors of a couple US states in discussion to have this movie shown to families in need and foster children. It is endorsed by the Institute for Functional Medicine (IFM) and the American Academy for the Advancement of Medicine (ACAM).

Long story short- doctors love it. Teachers use it. People are raving about it…and I recommend it. The movie is available on amazon, iTunes, and various stores to buy/rent but I’ve got a gift for you.

Please subscribe to the podcast via iTunes or Stitcher to get every episode downloaded automatically on your phone and I’d be really appreciative if you’d leave a rating or review. Thanks so much for reading and listening!

What steps have you taken to improve the vitality of your children? Share below!