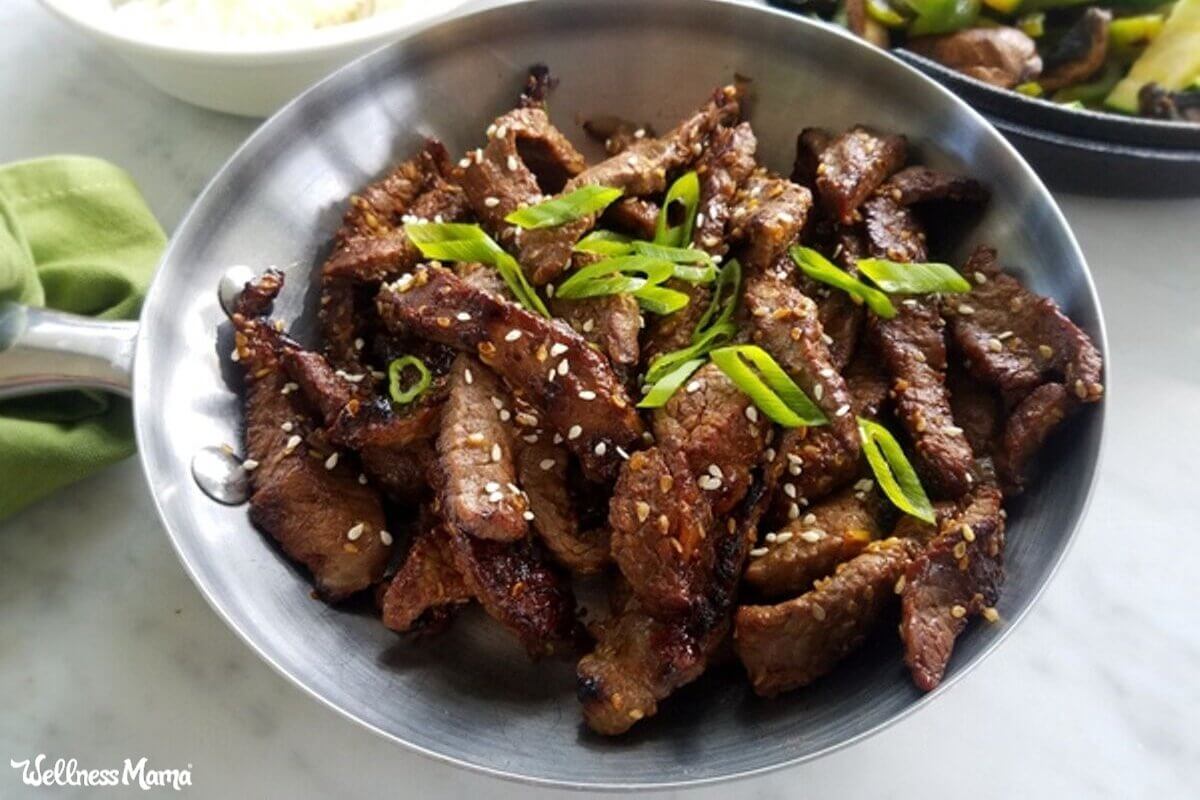 I love that there are so many delicious Korean, Indian, and Thai dishes that are gluten and dairy free. Recently, I’ve made pho, Thai chicken curry, Indian tandoori chicken, hariyali chicken tikka, and even make my own curry powder. This bulgogi recipe is my first Korean recipe, and my family definitely approves.

Bulgogi is the Korean name for marinated, barbecued strips of meat. Specifically it refers to barbecued beef, but you can also find recipes for chicken and pork bulgogi.

When I make bulgogi I use sirloin. When cooking for a large family, sirloin is a more economical choice than a ribeye. And since I usually toss it in the marinade in the morning, it is tender enough by dinner time.

How to Make Bulgogi Marinade

The marinade for bulgogi is packed with some pretty big flavors. Traditionally, the recipe calls for soy sauce, but since I don’t like to use soy products I use coconut aminos instead. If you’ve not heard of coconut aminos, they’re made with fermented coconut sap and salt. You can read more about them near the bottom of this post. I order mine from Thrive Market.

The remaining marinade ingredients are maple syrup for sweetness, both green and yellow onion, garlic, sesame oil, and sesame seeds. I set aside the green tops of the green onions for serving with the finished meat and just use the white part for the marinade.

I slice the steak very thinly and refrigerate it in the marinade until it’s time to cook. Since the beef is sliced so thin, it doesn’t need to marinate for more than a few hours (although all day or overnight doesn’t hurt anything!).

Quick tip: I’ve found that if I put frozen steak in the refrigerator the day before and then slice it in the morning when it’s still a little frozen in the middle, I can slice it thinly much more easily.

The key to making great bulgogi is cooking is really fast in a HOT pan or grill. That way the outside is nicely seared and caramelized and the inside is still tender. I like to use my trusty cast-iron skillet for this job. It’s important to do it in batches and just cover the bottom in a single layer. If you’d like to cook it on the grill, thread the meat onto skewers.

I serve bulgogi over white rice or cauliflower rice and stir fry some veggies to go with it. Even try it with a side of Korean Gochujang Mayo.

Check out this post for some other great-looking Korean side dishes. The sesame broccoli especially looks delicious! 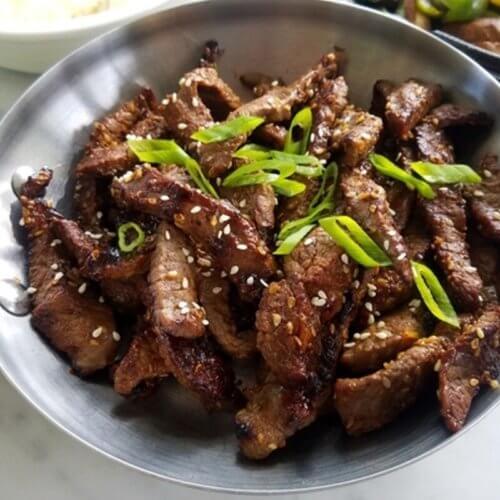 Cook the steak on the grill by threading the strips onto skewers.

Do you have a favorite Korean dish? I’d love to hear about it! 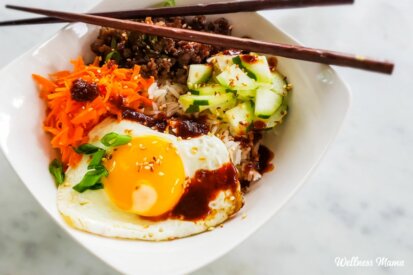 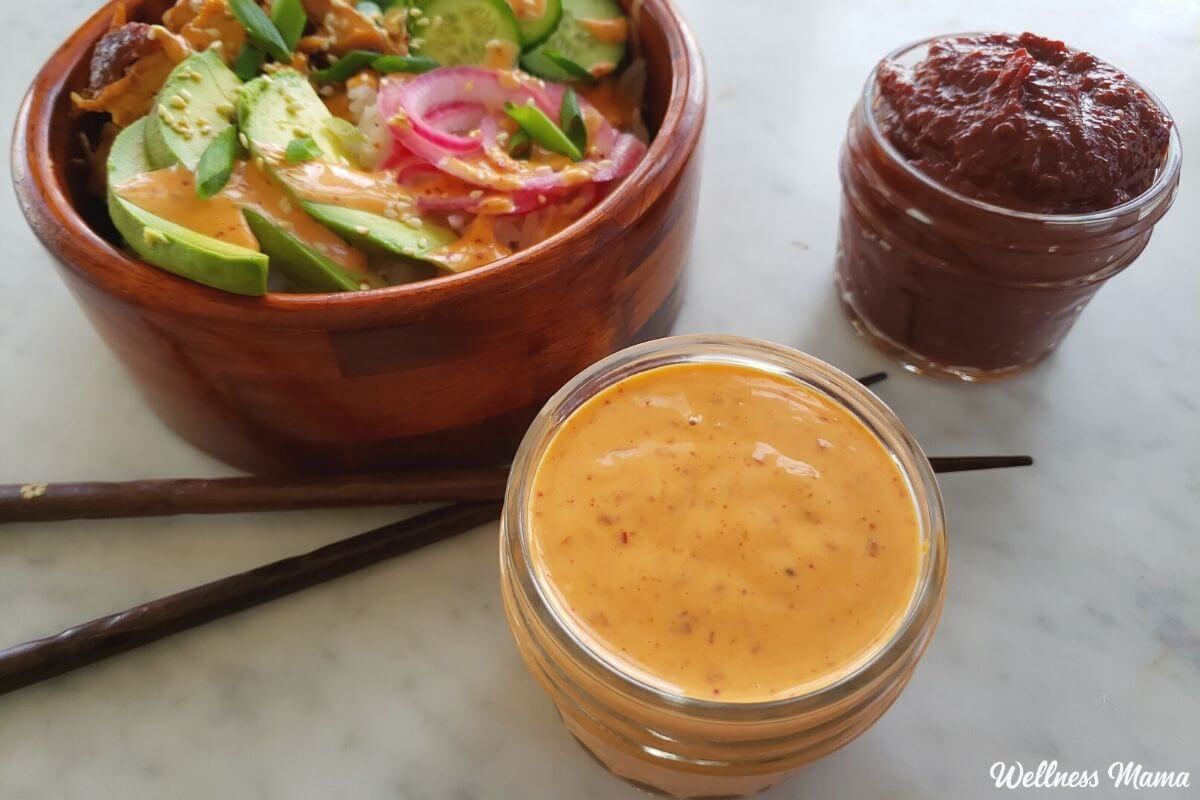 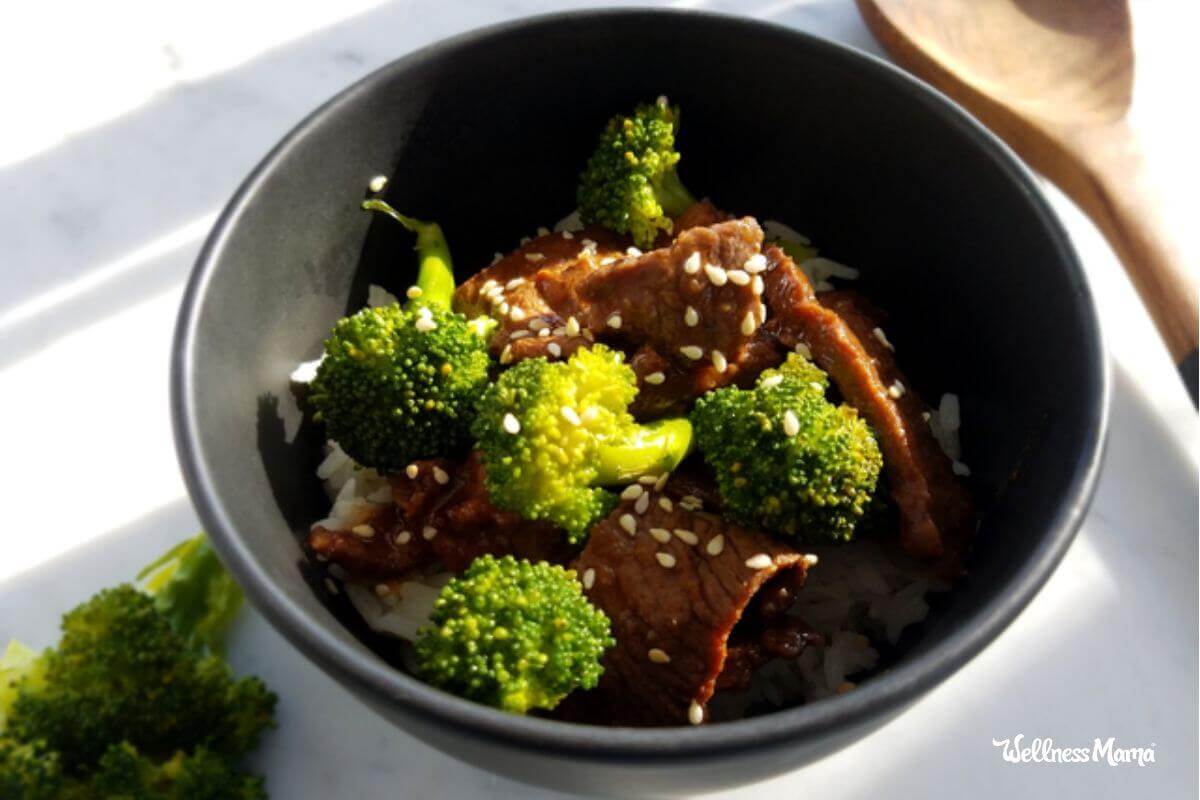 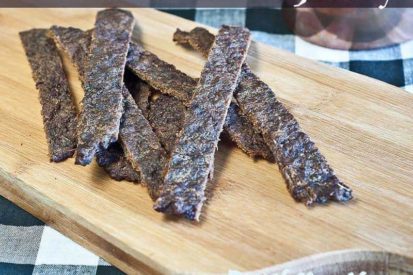 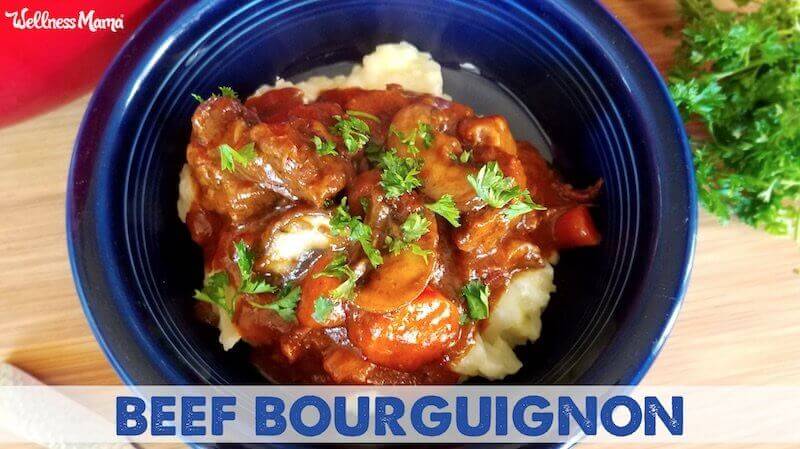 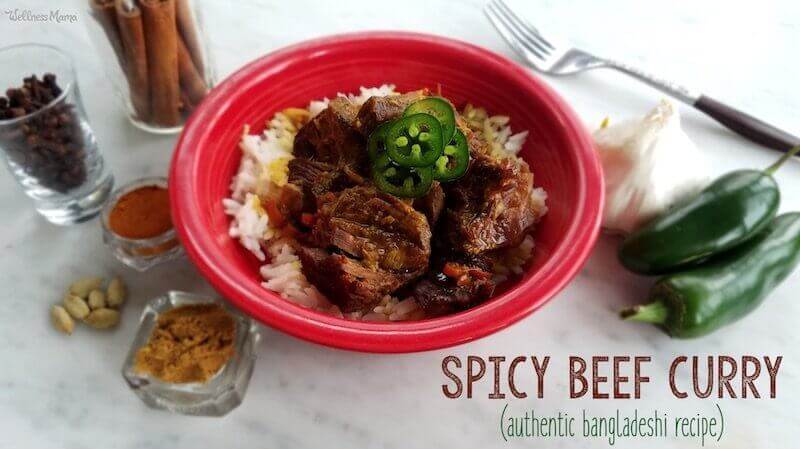