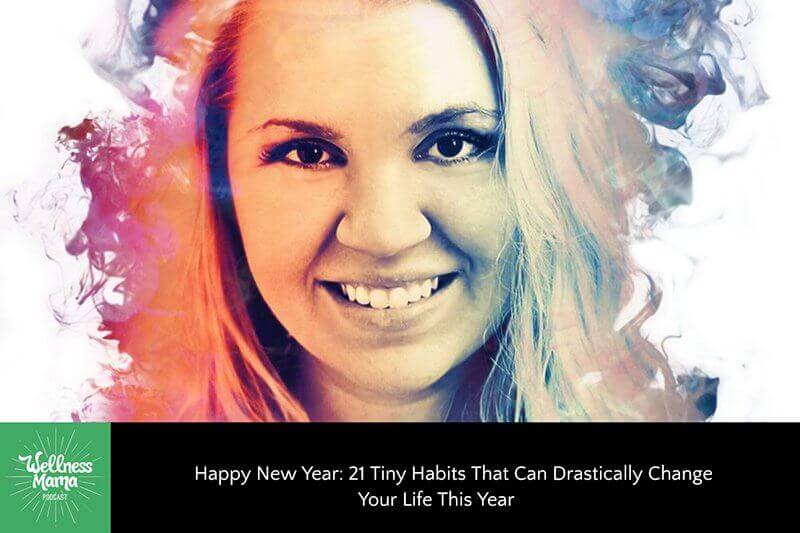 218: 21 Tiny Habits That Can Drastically Change Your Life This Year

The Wellness Mama Podcast
218: 21 Tiny Habits That Can Drastically Change Your Life This Year

Happy New Year to you! Hopefully we are all enjoying a little down time today with the family, so this episode will be short and sweet but I hope you’ll join me in thinking ahead to next year…

I don’t mean this in the sense of typical New Year’s resolutions — those lofty goals that we often forget about too quickly — but I mean the chance to challenge ourselves to make small but significant changes.

As I think about the habit shifts I want to focus on this year, there are 21 mini-challenges or goals that come to mind that have really helped me in my life. My list is always growing and changing, so I hope you’ll share your “aha” moments with me in the comments as well!

Episode Highlights: My Mini-Goals for 2019

Ok, I’m listening and ready to take notes… I learn so much from all of you and I’d love to hear even what you plan to experiment with this year! Please drop a comment below or leave a review on iTunes to let me know!

217: Connie Zack on the Benefits of Saunas
Next Post:219: Kiran Krishnan on Why Everything We Know About Probiotics Is Wrong