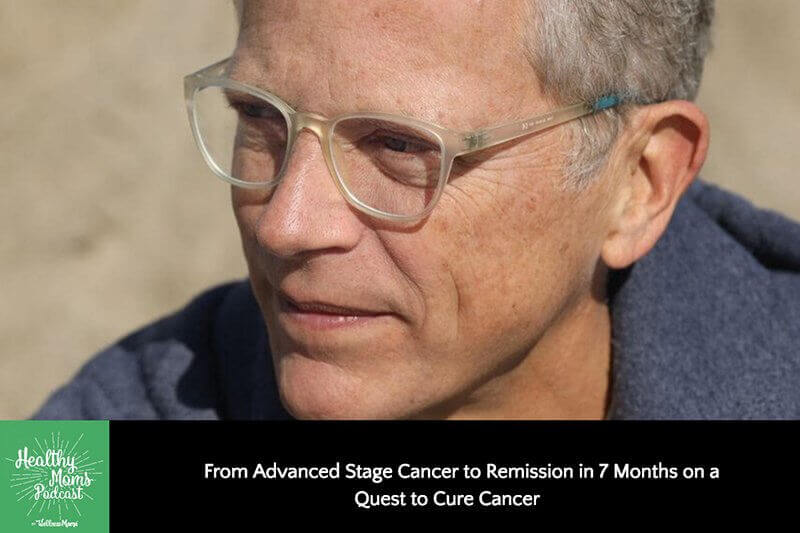 169: Eric Remensperger on His Quest to Cure Cancer

The Wellness Mama Podcast
169: Eric Remensperger on His Quest to Cure Cancer

Today’s episode is with one of the most fascinating people I have met in recent years. Eric Remensperger is a Wall Street lawyer with a unique story. Prior to moving from New York to Los Angeles (probably two of the highest stressed places in the world) he was a work hard, play hard, cigarette-smoking kind of guy. He’s a holistic health expert and serious biohacker.

What changed? Like most with a passion for wellness, it started with his own diagnosis.

A Personal Quest to Cure Cancer

Eric’s life changed forever in June of 2016 when he received the diagnosis of advanced-stage prostate cancer.

In response, he did an incredible deep dive into all things related to cancer from the causes to therapies to the interventions. His ability to grasp the big picture about a complex disease and filter out all the noise is amazing.

We have appreciated all the research and dedication that Eric has put into fighting his advanced cancer. We are incredibly sad to update this podcast and to share that Eric passed away in 2019.

This podcast is brought to you by SteadyMD. I’ve been using this company for the past year and I love them. Here’s how it works. Instead of having a primary doctor that you have to make an appointment to see, wait for hours in the office to visit, you can now have your doctor available whatever you need him or her through your phone. SteadyMD has a staff of doctors who are available via call, text or video chat whenever you need them, so they respond quickly and they already know your medical history. You get paired with a single doctor so you can work with them as a long-term partner for your health. They’re well versed in lab testing, preventative health, and functional medicine and they’re great for those random obscure off-hours medical questions so you don’t have to run to urgent care. You can check them out and see if they are right for you by visiting steadymd.com/wm. They do have limited spots available, so I’d check them out quickly if you’re interested.

This episode is brought to you by Crunchy Betty. It’s summer and where I am it is super hot and humid. I’ve always made my own deodorant and I still think that’s an amazing option. It works well, but lately, I’ve been so busy that I’ve been turning to a pre-made natural deodorant, and I am loving it. It’s called Kokomo Cream and it smells like a tropical vacation. Think coconut and lime in paradise and it works incredibly well. My husband uses it too, we both love the scent and we love how fresh we stay all day. My favorite part, it’s from a small family business and you could only find it right now on Etsy. So, you can find it by going to etsy.com/shop/crunchybetty.