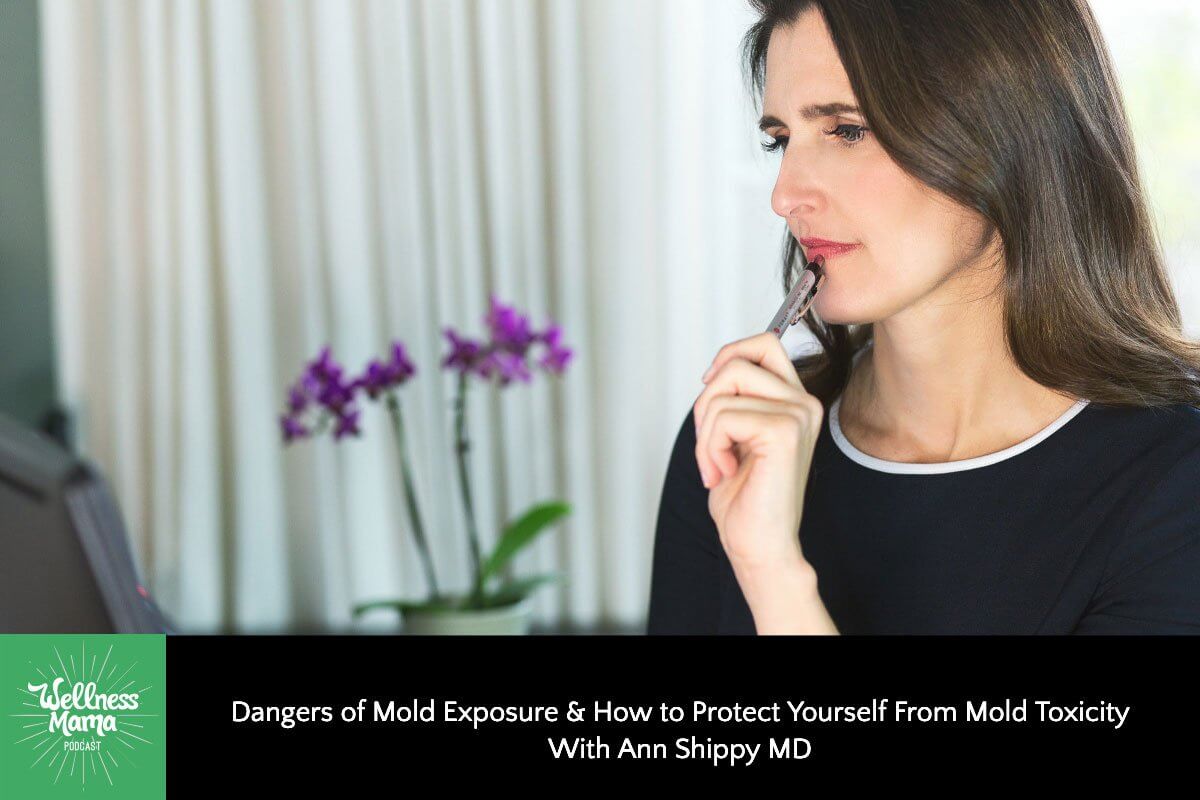 Wellness Mama » Podcast » 306: Dangers of Mold Exposure & How to Protect Yourself From Mold Toxicity With Ann Shippy MD

The Wellness Mama Podcast
306: Dangers of Mold Exposure & How to Protect Yourself From Mold Toxicity With Ann Shippy MD

Dr. Ann Shippy is a powerhouse on a very important mission to help people across the world live their healthiest lives using cutting-edge science, really specific research, and genetic information to treat the root causes of disease. She left engineering to attend the University of Texas medical school and is now board-certified in internal medicine and a certified functional medicine physician with a practice in Austin, Texas. If you live there, I cannot recommend her highly enough.

While there are so many topics I would love to talk to Dr. Ann about, today we’re focusing on her personal story that got her into medicine in the first place. Ann noticed a significant decline in health despite a healthy lifestyle, and after much trial and tribulation traced it back to mold in her home. Now that she’s better, we go really deep into her hard-won expertise on mold exposure, mycotoxins, and what you can do if you suspect mold problems in your home.

This episode is sponsored by Wellnesse, a new company I co-founded to create safe, natural and obsessively tested products for families. You’ve heard that much of what you put on your body gets absorbed and goes into your body. We turned this idea on its head, creating products that aren’t just safe to put on your hair, skin and in your mouth, but that are beneficial. We started with the toughest first, creating the first of its kind natural toothpaste that is free of fluoride and glycerin and that contains ingredients like green tea, neem and hydroxyapatite to support the mouth. Our haircare is free of harmful ingredients and contains ingredients like lavender and nettle to support healthy hair! Be the first to try it at Wellnesse.com

This episode is sponsored by Four Sigmatic, the reason I’m on shrooms (the legal kind) every day. They make a wide variety of superfood mushroom infused products from coffees and teas to exixers and even chocolate that is infused with ten mushrooms! I have a shelf in my pantry just for Four Sigmatic products and keep pretty much off of them on hand. Some current favorites… my kids love the reishi infused cocoa, and I love that it helps them sleep! I also really enjoy their 10 mushroom blend which contains all of my favorites like chaga, cordycepts, reishi and even meshima. I add this to coffee, tea, or smoothies to get a daily dose of shrooms. As a listener of this podcast, you can save 15% by going to foursigmatic.com/wellnessmama and using the code “wellnessmama”

305: A Day in the Life: Wellness Mama Health Routines
Next Post: 307: Anti-Aging Skin Science From the Inside Out With Dr. Emilia Javorsky