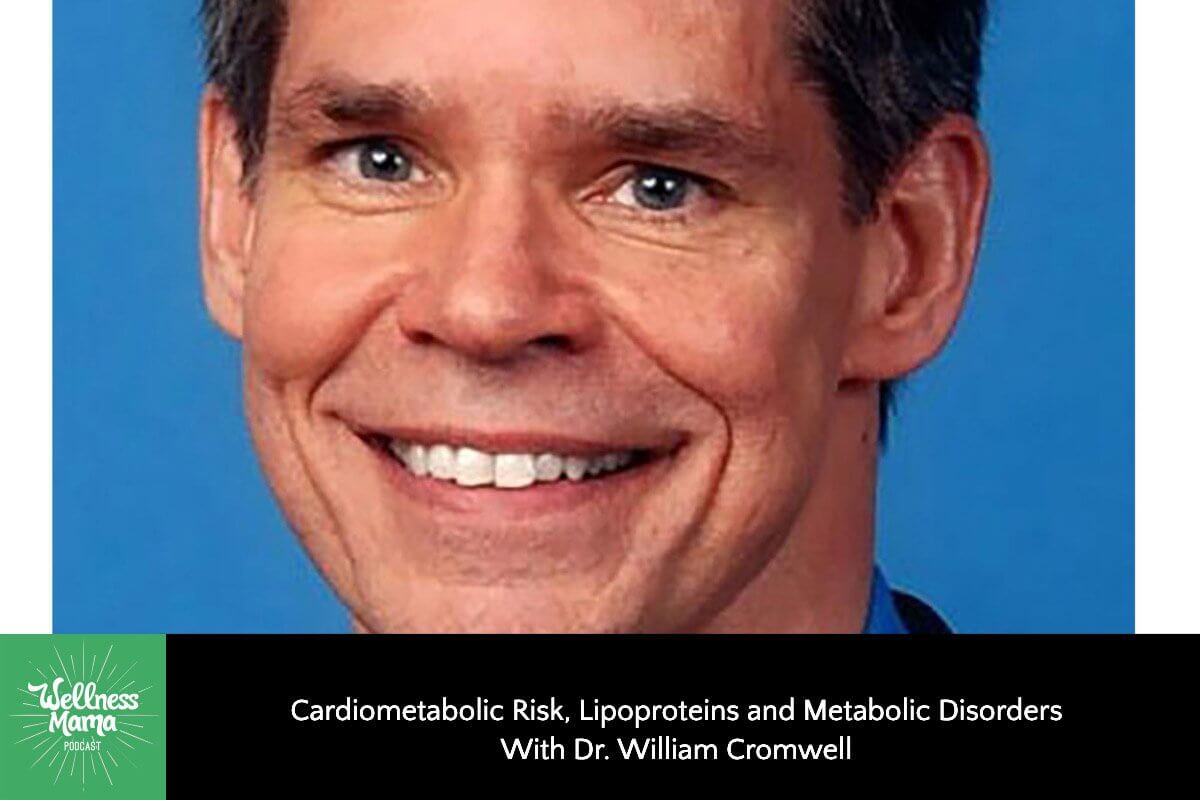 This episode goes deep on something called cardiometabolic risk, understanding lipoproteins and metabolic disorders. I’m here with Dr. William Cromwell, who is the chief of the Lipoprotein and Metabolic Disorders Institute in Raleigh, North Carolina, and who is one of the foremost experts in the world on these topics. I think this is a really important topic to tackle, as we are still seeing rates of things like diabetes, heart attack, and stroke all continue to rise and there are special considerations for this especially for women.

In this episode, we go deep on what cardiometabolic risk is, how this ties into insulin resistance, and some very specific metrics that can help you find out and reduce your level of risk.

This podcast is sponsored by BluBlox glasses. Did you know that Blue light damages our eyes and leads to digital eye strain. Symptoms of digital eye strain are blurred vision, headaches and dry watery eyes. For some this could even cause heightened anxiety, depression, and low energy. I personally noticed that when I was exposed to blue light after dark, I didn’t sleep as well and felt more fatigued. BLUblox are the evidenced backed solution to this problem and made under optics laboratory conditions in Australia. They have over 40 styles and come in prescription and non-prescription so there is a pair for everyone. I also love that BLUblox is also giving back by working in partnership with Restoring Vision in their buy one gift one campaign. For each pair of BLUblox glasses purchased they donate a pair of reading glasses to someone in need. Get free shipping worldwide and 20% off by going to blublox.com/wellnessmama or enter code wellnessmama at check out.

This episode is brought to you by Beekeeper’s Naturals. They’re on a mission to reinvent your medicine cabinet with clean, effective products that really work. Every year we decide to be more healthy this time of year. And to do that, we need to start by supporting our immune systems, especially right now. That’s why they’ve created a whole hive of products packed with immune loving essentials, so you can feel your best every day. One of my favorites is their Propolis Throat Spray, which is an easy daily spray for just general immune support and is also very soothing for sore scratchy throats. Propolis delivers natural germ-fighting properties and antioxidants to defend and protect our bodies. Theirs is sustainably sourced and it’s made with just three simple ingredients. You’ll never find refined sugars, dyes, or dirty chemicals in their products ever. When you’re ready to upgrade your immune system and your medicine cabinet, check out Beekeeper’s Naturals and discover all of their clean remedies that your family will love. You can save 15% on your first order by going to beekeepersnaturals.com/wellnessmama.