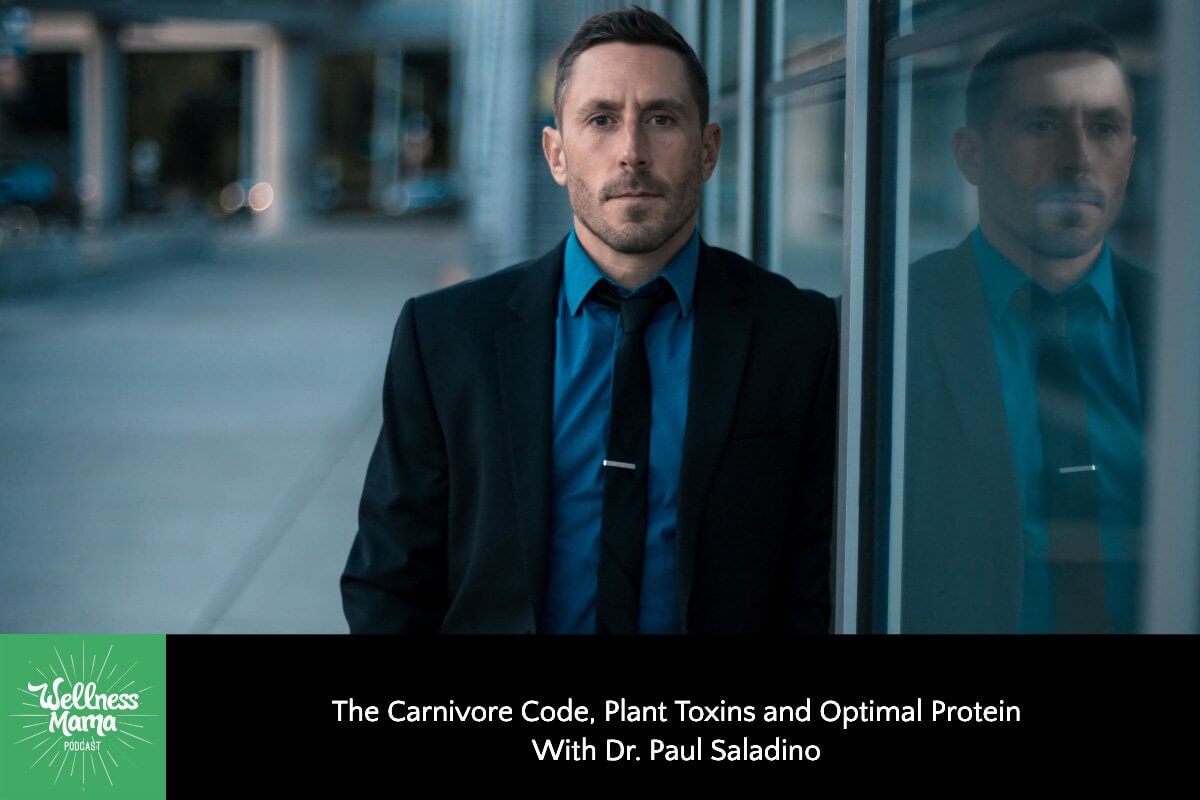 Today I have the pleasure of welcoming a much-requested guest, Dr. Paul Saladino of “The Carnivore Code” fame. He’s a double board certified doctor with a controversial claim: vegetables aren’t as good for you as you think!

Dr. Saladino goes deep on how he used a meat-only diet to reverse autoimmune issues, chronic inflammation, mental health issues, and more for himself and hundreds of patients. We talk in particular about this approach might affect women and ways to modify a meat-based diet for optimal female health.

I also highly recommend Heart and Soil, Dr. Saladino’s supplement and lifestyle company that helps people reclaim their ancestral birthright to health by eating “nose to tail.” He’s also the host of the excellent Fundamental Health Podcast, and of course author of the bestselling book The Carnivore Code.

This podcast is sponsored by Four Sigmatic. They are one of my favorite companies. I’ve been talking about them for years and they are well-known for their incredible and delicious mushroom drinks and products of all kinds. I have personally been starting my day with their coffee with Lion’s Mane in some form for years. I really like their ground mushroom coffee with Lion’s Mane because it works just like any other coffee, whether in a coffee maker or I use Chemex or a Ratio. And it has an added benefit. So, obviously coffee is one of the most consumed beverages in the world. Theirs is unique because it adds Lion’s Mane. So you still get to keep the benefits of coffee but the addition of Lion’s Mane really supports productivity and focus in a really unique way, and I find really helps cut the jitters. Lion’s Mane is one of my favorite mushrooms, and I love that their coffee contains it. They have both the ground coffee and instant packets, which are great for on the go and then I always keep in my purse, especially when I’m traveling. Their coffee with Lion’s Mane also includes a mushroom called Chaga. And you might have heard me talk about this on my interview with Tero, who’s the founder of Four Sigmatic on this podcast. But Chaga is known as the King of Mushrooms. And it’s one of my favorites because it is a really functional mushroom full of antioxidants and beneficial compounds that support the body in various ways, including by supporting the immune system. They have many other products as well, including single Elixir blends of mushrooms like Cordyceps, Chaga, Reishi, and Lion’s Mane, as well as several other coffee products, including one with Lion’s Mane, one with Cordyceps. I really loved all of their products that I’ve tried and my kids love their Reishi Cacao at night, and I love that it helps them sleep. A common question I get, does this coffee taste like mushrooms? Or people say, “I don’t like mushrooms. Will I like this coffee?” And I can tell you their coffee, especially the Lion’s Mane coffee tastes exactly like regular coffee, does not at all taste like mushrooms. You just get the benefits of the mushrooms without the taste. I have found that mushroom coffee is also very gentle on the gut. So it doesn’t leave the jitters or that crash like some coffees do and the Lion’s Mane seems to really enhance the natural effect of the caffeine. All Four Sigmatic products are organic, vegan, and gluten-free. And every batch is tested by a third-party lab to ensure that they don’t contain any heavy metals, allergens, negative bacteria, yeast, mold, mycotoxins, pesticides, etc. So you’re getting the highest quality product available. They are all backed by their 100% money-back guarantee. So you can try these with complete peace of mind. I love this company so much that I’ve worked at an exclusive offer just for “Wellness Mama Podcast” listeners. You can receive 10% off of your whole order on any Four Sigmatic products including their mushroom coffee or their Reishi, which is part of my nighttime routine. Check them all out at foursigmatic.com/wellnessmama and use the code wellnessmama, all one word, at checkout to save 10%.

Today’s podcast is brought to you by Beekeeper’s Naturals, a company on a mission to reinvent your medicine cabinet with clean remedies that actually work. At Beekeeper’s, they believe that you and your family deserve to feel your best all day every day, which is why they create these clean science-backed natural remedies that support your daily health using bee products, which I have been a big fan of for a lot of my life as a beekeeper and now watching my oldest son be a beekeeper as well. I wanna talk specifically about a couple of my favorite things from Beekeeper’s.

The first being their B.Soothed Cough Syrup. It’s a remedy, one of those I hope none of us ever need but I’m always really glad to have on hand when we do. It’s a super clean cough syrup that helps you bounce back quickly without any of the junk. So unlike the remedies that were available when I was a kid that tasted kind of chemically and a little bit like cherries and pine salt maybe had a baby, the B.Soothed Cough Syrup is delicious. It has a very mild berry flavor along with things like pure buckwheat honey, elderberry, Chaga mushroom, which is known as the king of mushroom, Bee Propolis, and olive leaf extract. Back to Bee Propolis in a minute because that’s my other favorite product from them. But B.Soothed is delicious and really helpful this time of year. Like I said, I hope that you never have an occasion to need it but I always keep it on hand in case we do. It is free of drugs, and dyes, dirty chemicals, and refined sugar. So I always have it in our medicine cabinet for our first sign of needing it. But it’s not the only Beekeeper’s product that I love. I mentioned before, I am obsessed with their Propolis Spray and kids Propolis Spray because they are also part of my first line of defense against any tickle or sniffle. Propolis is so cool. It’s a substance that the bees use to keep the hive safe and free of bacteria. And it just has so many incredible antibacterial properties naturally. It’s a daily defender. I use it often for immune health and like I said, at the first sign of scratchy throat or even if my throat is just irritated from for instance voice lesson, if I sing a whole lot in a particular day, but it’s a natural immune support. I love to use four sprays in the morning or anytime my throat’s feeling tired or scratchy. Propolis is made out of plants and tree resins, and it’s not honey. Bees use it, like I said, to defend their hive from germs. It’s basically the hive’s immune system, And now we get to benefit from it as well. Their Propolis Throat Spray is sustainably sourced and only has three simple ingredients. No refined sugars, dyes, or hard to pronounce chemicals. Those two are always around and I am a big fan of all of their products. If you’re ready to upgrade your medicine cabinet, you can check all of their products at their website. Their Cough Syrup and Propolis do sell out quickly. And I have a feeling that’s gonna be even more the case this year. So check it out quickly. Go to beekeepersnaturals.com/wellnessmama. That’s beekeepersnaturals.com/wellnessmama, and you can save 15% on your first order there. Get ready to meet your new medicine cabinet with Beekeeper’s Naturals. 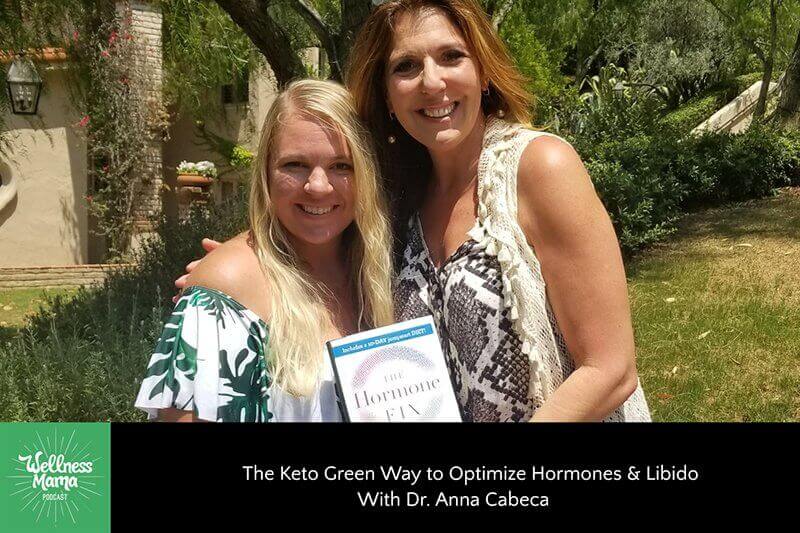 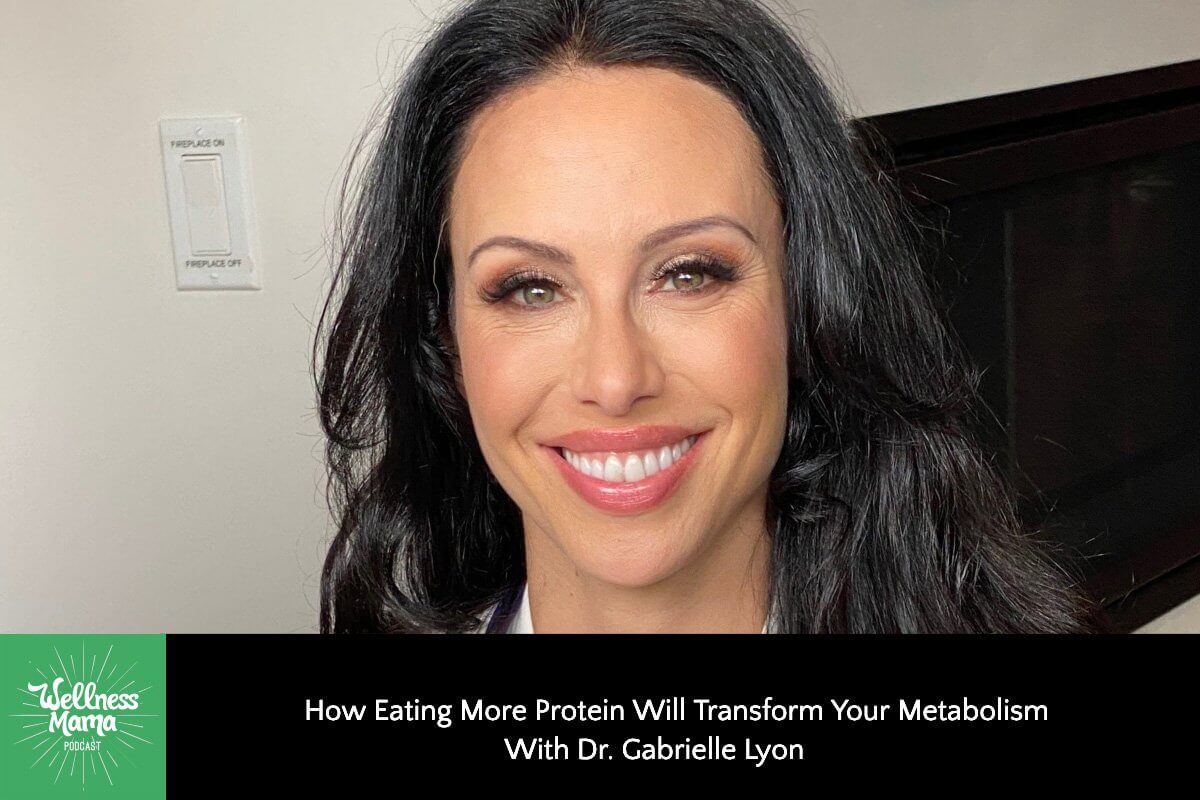 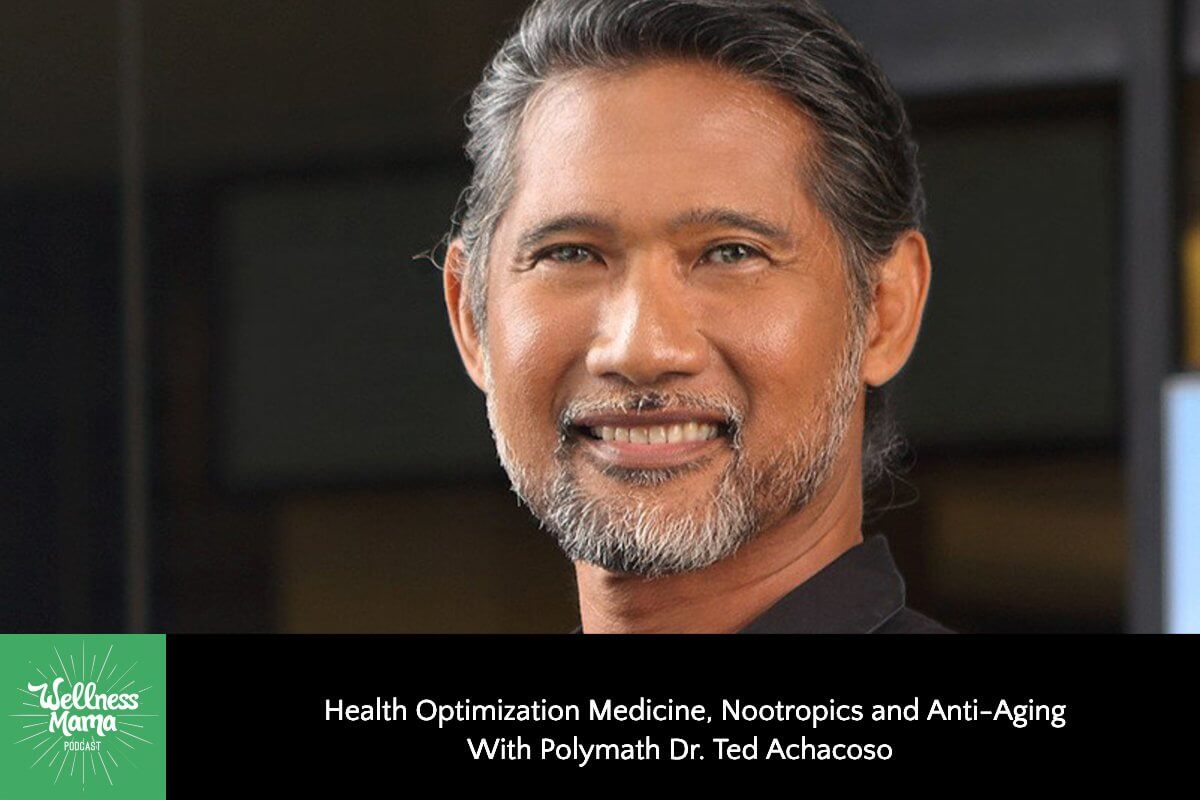 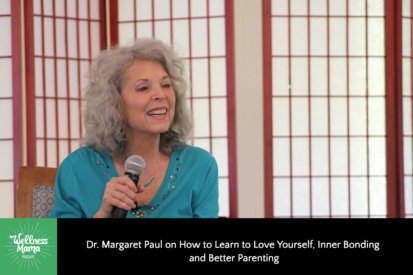 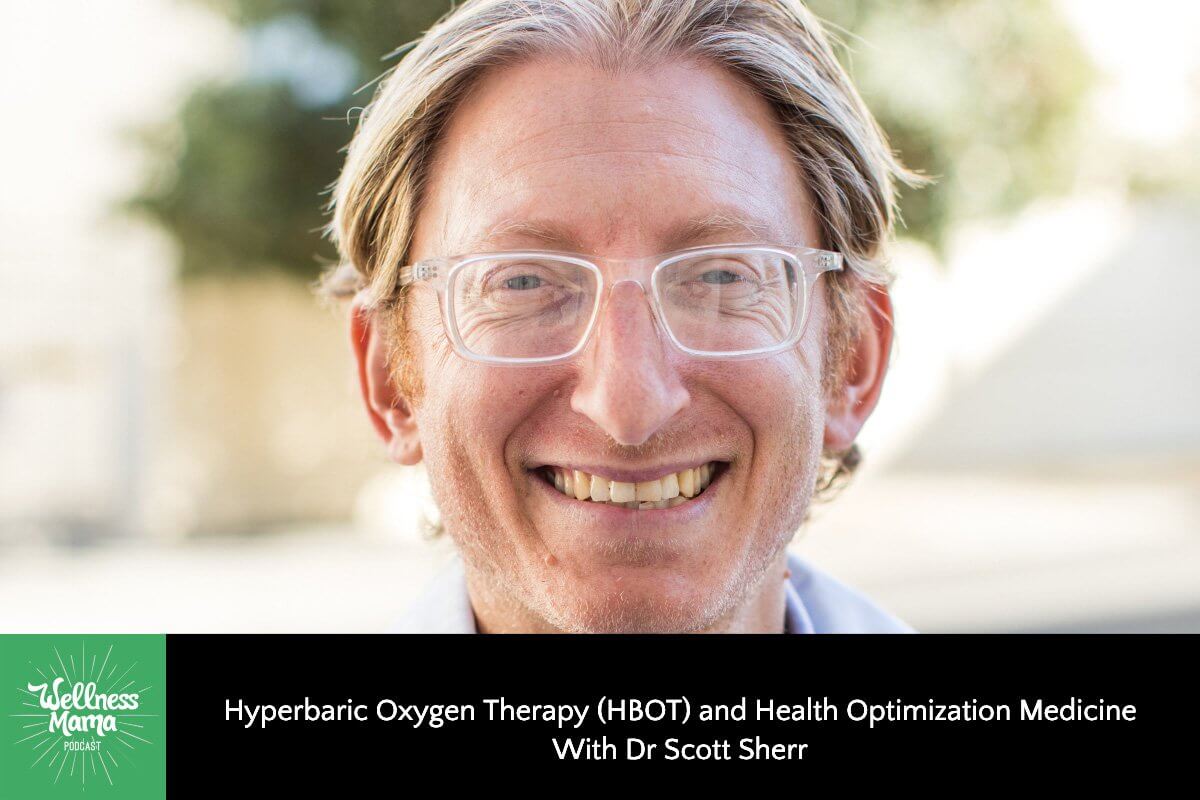 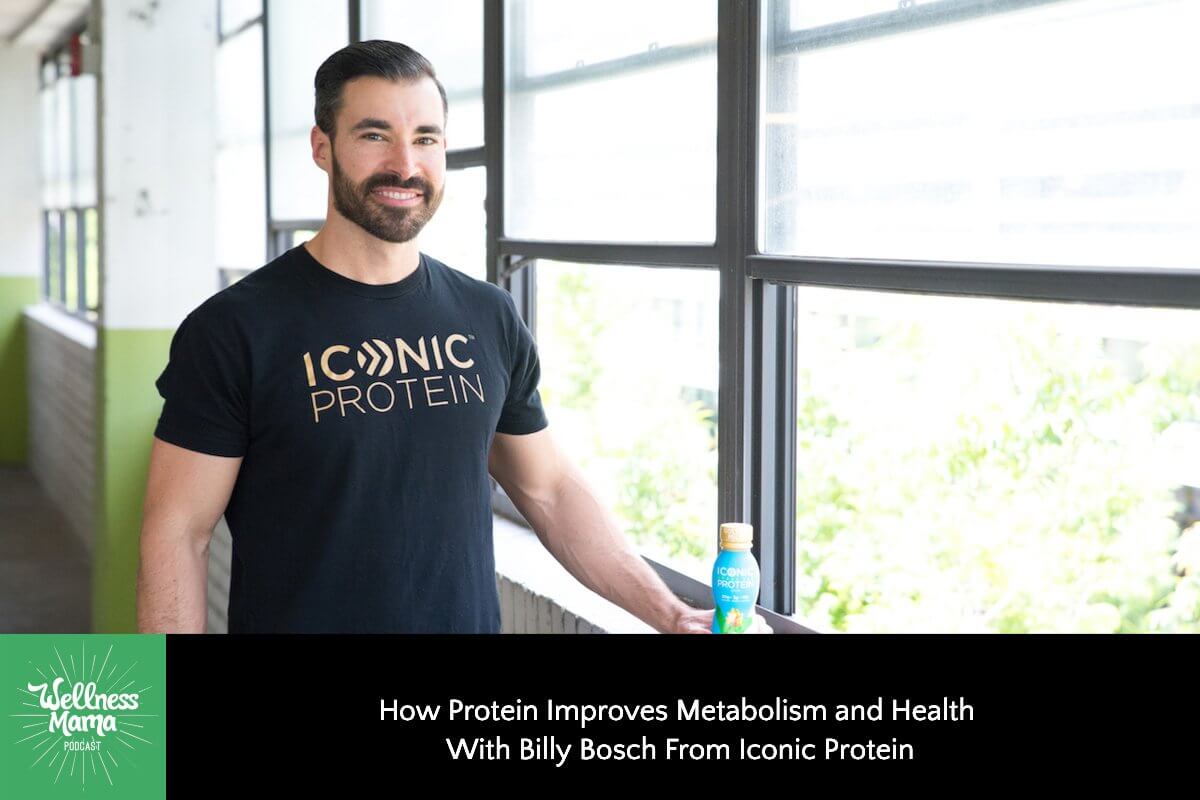 352: How Protein Improves Metabolism and Health With Billy Bosch From Iconic Protein