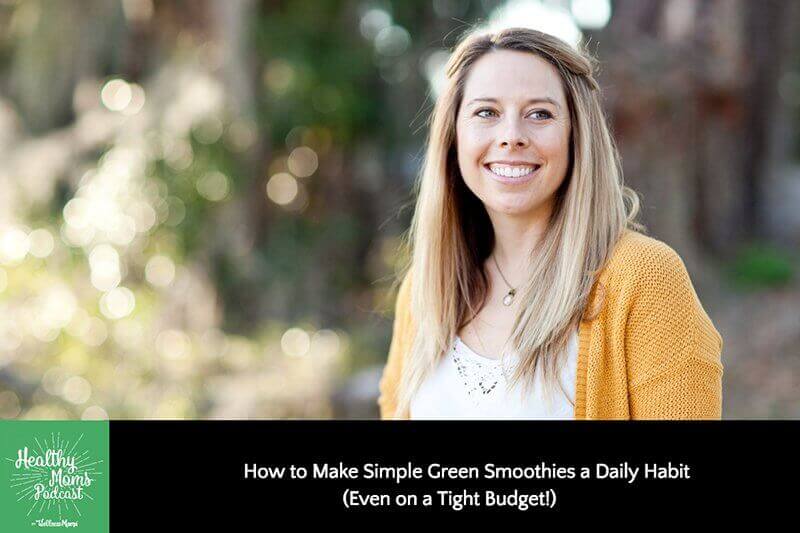 165: Jen Hansard on How to Make Simple Green Smoothies a Daily Habit

The Wellness Mama Podcast
165: Jen Hansard on How to Make Simple Green Smoothies a Daily Habit

Today we’re talking about a very practical way to help our families eat healthier that will please even the the picky eaters among us. I’m here with Jen Hansard who’s the co-founder of Simple Green Smoothies. I bet you’ve probably heard of it. It’s a gorgeous and really popular website dedicated to, you guessed it, green smoothies!

What makes Jen’s approach to healthy eating so great? The Simple Green Smoothie lifestyle does not involve cutting calories or eliminating an entire food group. Instead, it really encourages us to make one simple change, which is to drink one green smoothie a day. Now over one million people have taken the plunge and signed up for Jen’s green smoothie challenge.

Jen’s love affair with green smoothies began during a financial crisis when she needed to keep the doctor (and the bills) away. She wasn’t eager to try those funny green drinks, but smoothies seemed like an easy and economical way to stay healthy.

Many smoothie experiments later, Jen couldn’t believe the difference one green smoothie a day made. Her new discovery grew into a passion for passing on this one simple health habit.

Do you drink green smoothies? What are some of your favorite combinations? Please share! Or, leave a review on iTunes. I value knowing what you think and this helps other moms find the podcast, too!

This podcast is brought to you by Plant Therapy. I’m often asked where I get my essential oils, and Plant Therapy is my go-to place these days. They offer many certified organic essential oils, including many kid-safe blends at really affordable prices. I also love that they offer bigger sizes of many oils so I can order our favorites in 100-milliliter bottles and they last longer, and then I throw fewer bottles in the recycling each month. Many of you also know that not all essential oils are safe to use on babies and small children, and that certain dilution ratios should always be followed. Plant Therapy takes the research and guesswork out of this, since they work with Robert Tisserand, who is the author of “Essential Oil Safety,” to make sure that all of their kid-safe oils are truly safe for kids. They are offering a 10% discount to Wellness Mama listeners and you can grab the discount by using the code WELLNESS10, all one word, WELLNESS10, at wellnessmama.com/go/pt.

This podcast is brought to you by Beekeepers Naturals. Our healing relationship with bees goes way back. Humans have been benefiting from bees and their nourishing superfoods since prehistoric times, from Cleopatra using honey to keep her youthful glow to Hippocrates prescribing propolis to cure everything from sores to bacterial infection. Beekeepers Naturals is dedicated to bringing the age-old benefits of bee products to modern times. They offer really high quality propolis, royal jelly, bee pollen, raw honey, and many other products. And all of these are sustainably sourced from a company that is dedicated to protecting and improving the bee population. My personal favorites are their propolis spray, which helped me head off a scratchy throat, and their B.LXR mix which is a mixture of all their bee products as a natural brain boost I use to stay sharp on busy days. You can check them out at wellnessmama.com/go/beekeepers.