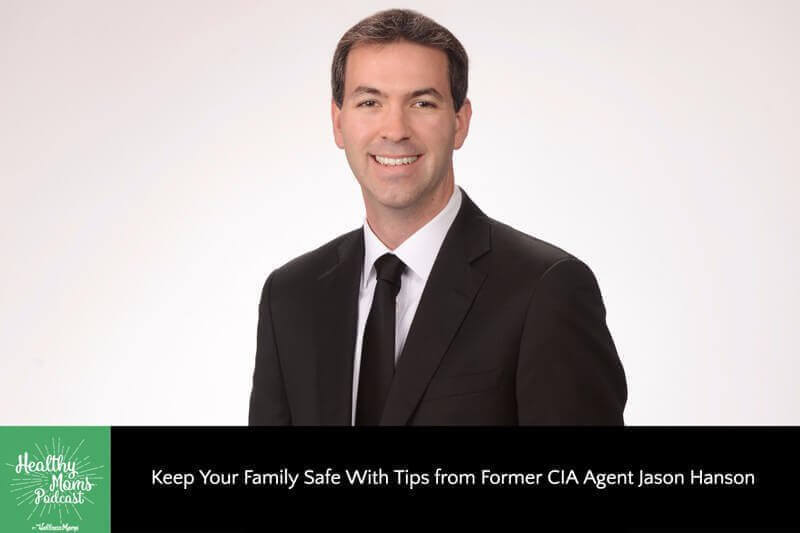 064: CIA Agent Jason Hanson on How to Keep Your Family Safe

The Wellness Mama Podcast
064: CIA Agent Jason Hanson on How to Keep Your Family Safe

If you watch the news, it can feel as if life is never truly safe and that even a routine trip to the park with children can be a dangerous endeavor.

The truth is that we are statistically safer than we’ve ever been, but those statistics don’t matter to the families who have been victims of crimes. So how do you keep your family safe without living in constant fear and how do you separate common sense prevention from paranoia?

Learning from a Former CIA Officer

In this interview, I talk with Jason Hanson, a former CIA Officer and the New York Times bestselling author of Spy Secrets That Can Save Your Life. Jason has appeared on ABC’s Shark Tank, Fox & Friends, Dateline, NBC Today Show, and Rachael Ray, to name a few. He runs his Spy Escape & Evasion school on his 320-acre Spy Ranch in Cedar City, Utah.

Jason shares his story of how he became a CIA agent and how he uses the knowledge he gained through operative training to protect his family. He also teaches workshops to help men, women, and families take practical steps to keep safe.

I use their bone broth on a regular basis and used it to create the recipes in my new bone broth e-book (releasing later this year).

This podcast is also brought to you by Thrive Market. If you live in a real food desert like I do, it can be difficult to find certain organic, specialty, or allergy-friendly foods. Thrive Market makes it easy by carrying thousands of the non-perishable foods that I use most often at discount prices.

063: Todd White on How to Choose Healthy Wine
Next Post:065: Retha Nesmith on Aromatherapy & Safe Essential Oil Use