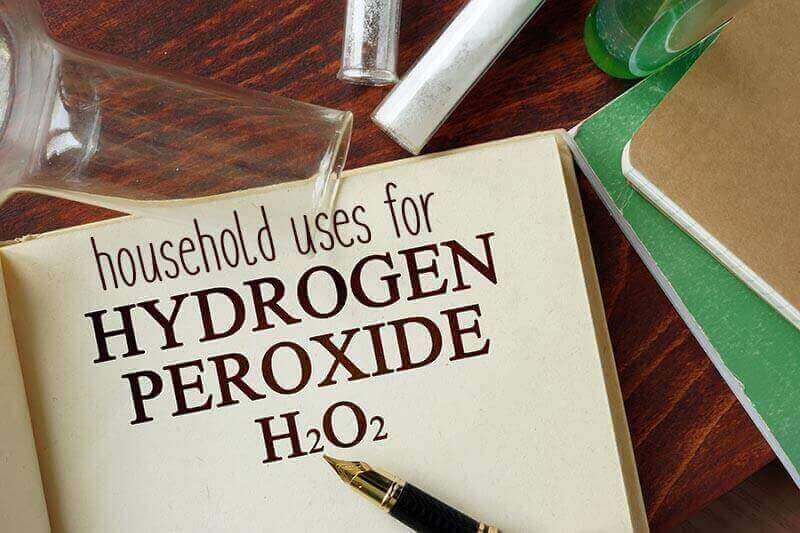 Whether you consider yourself to be super crunchy, semi-crunchy … or just kind of soggy, hydrogen peroxide is one of those items that most of us keep around in our home. It’s most commonly used to clean wounds and you can also find it in my homemade OxyClean recipe, but did you know its uses expand way beyond those things and there are even different types of hydrogen peroxide?

We avoid using harsh chemicals in our home for everything from our cleaning supplies, personal care products, and our food, and hydrogen peroxide (H2O2 for you chemistry buffs) fits the bill. It’s a simple hydrogen compound, which, at low concentrations (3-5%), is often used as a bleaching agent, as well as an infection preventative in wounds. However, there are different grades and concentrations available, which lend to many different uses.

Hydrogen peroxide has many unusual uses you’ve never heard of (and a few you have). Before we dive into those, let’s first identify the different types so you’ll know which one to grab for each use.

The type of hydrogen peroxide you can find at the grocery store, typically in a brown bottle, is usually a 3% concentration, meaning it is extremely diluted. Only 3% of the formula is actual hydrogen peroxide, while the remaining 97% is water. There’s no need to further dilute this formula and it’s safe for all sorts of household uses. Keep in mind, however, that it can still act as a bleaching agent. This low-grade H2O2 should not be taken internally.

This higher grade H2O2 isn’t commonly found in drugstores like its less powerful counterpart, so you’ll probably have to search it out online. Obviously, it’s much less diluted, and, therefore, more powerful than 3%. The biggest difference is that food-grade hydrogen peroxide can be taken internally, but we’ll discuss that in a moment. (You can also find food-grade in lower concentrations, typically around 3%.)

This concentrated hydrogen peroxide should be handled extremely carefully and never be used without diluting. It should never come in contact directly with skin or any other part of the body and it can be dangerous if spilled. I typically don’t use this type and would never do so without proper safety precautions and the guidance of a trained professional.

Other grades and higher concentrations of hydrogen peroxide are considered industrialized and are not available for the average person to purchase. They may be used as industrial bleaching agents, and even for rocket fuel.

Unless otherwise stated, the common 3% hydrogen peroxide you can get at the pharmacy or grocery store is just fine for most of these uses.

Now that you know the types, let’s get down to some hydrogen peroxide uses.

There are many, many uses for hydrogen peroxide, but these are our go-to uses for this inexpensive household staple.

We keep H2O2 in our medicine cabinet and use it as a remedy in several ways:

Check with your doctor first, but I have used hydrogen peroxide to clear up ear infections!

Just put 6-8 drops in the ear, then rest the opposite side of the head downward. After about five minutes, turn the head over onto an old towel and let the excess run back out. You can do this a few times per day to resolve an infection. Ask a doctor before trying though, especially on children. Hydrogen peroxide could be unsafe to use if the child’s eardrum is perforated in any way.

We all know that hydrogen peroxide is the go-to cleanser for everything from cuts and scrapes to surgery incisions. I can remember my grandmother grabbing a bottle anytime I scraped my knee at her house as a child. But do you know why it is such a great option for wound care?

Wounds need oxygen to heal, as well as to prevent the harboring of infection. Ever hear “as long as the wound bleeds, you don’t need to worry about tetanus”? That’s because tetanus bacteria do not grow well in the presence of oxygen. That goes for lots of other bacteria as well, and it’s why hydrogen peroxide, a strong oxidizing agent, is so effective against infection.

You can add a quick germ-killing swish with hydrogen peroxide to your oral care routine to naturally improve your oral health. This 3% food-grade hydrogen peroxide is a prudent choice because it’s already diluted, and a higher grade, which is important since the mouth is highly porous and you are likely to absorb some of the H2O2. In fact, it is often listed as an oral rinse on the packaging.

I’ve shared a recipe for an herbal mouth rinse here, but you can take some of the essential oils featured there and add them to hydrogen peroxide to make an effective cleansing oral rinse. Good choices are cinnamon, peppermint, and clove essential oils.

For the most part, I think it’s good to allow an umbilical stump to heal naturally, and, in my experience, an herbal bath following birth helps them to fall off more quickly. However, you also don’t want a stinky stump, which can sometimes occur during the healing process.

If you find yourself needing to do a little gentle cleansing of the area, dip a cotton swab in a little bit of hydrogen peroxide and carefully swipe around the base of the stump. Easy peasy, and you can enjoy that new baby smell sans a smelly belly.

Our kids are on swim team and veteran swimmers have recommended mixing equal parts hydrogen peroxide and white vinegar and using after swimming to ward off swimmers ear. We also do this when anyone swims in lake water or other non-salt water to avoid swimmers ear.

Peroxide is used in bleaching hair and in highlights, but I find it is a useful part of my regular beauty routine too!

If you’re acne prone, you may have tried lots of various things to beautify your skin. I think we’ve all battled a breakout or two and it can be super frustrating.

I’ve discussed the importance of improving your gut health in order to improve your skin health, and also detailed the importance of nourishing your skin’s flora. If you want to try your hand at cleansing with hydrogen peroxide, dab a cotton ball in a little H2O2 and gently swipe it over clean skin. You can include some skin-healing essential oils like geranium or frankincense for extra acne-fighting power.

Finish off with a yogurt and raw honey mask to replenish good bacteria and improve your skin’s microbiome.

H2O2 is a great natural cleaner because of its natural ability to disinfect. We use it as a:

If you’re not into the ammonia in conventional glass cleaners, you’ll love using hydrogen peroxide to get windows and mirrors clean.

Simply put any ol’ grocery store hydrogen peroxide in a spray bottle and wipe away for a streak-free clean (and in case your kids like drawing pictures in soap and toothpaste on the mirrors, yes, it works for that too).

Disinfect toothbrushes, especially after being sick, by soaking in hydrogen peroxide for a few minutes.

Hydrogen peroxide uses extend to laundry and light-colored carpets for getting out stains, too. Make a paste from H2O2 and a little dish soap and smear it on pit stains on white shirts, as well as grass stains, and even mud, blood, and wine. Use the same solution on rugs and carpets, but be careful to check in an inconspicuous area first, and avoid using it on darker fabrics and carpets.

Add hydrogen peroxide to whites and towels in the laundry to brighten and freshen by adding a cup to each load.

Hydrogen peroxide disinfects surfaces naturally. I keep an opaque spray bottle of it in the kitchen for spraying surfaces that have come into contact with raw meat. I also use it to spray down cutting boards before washing.

Because it acts as a bleach, HP is a great option for cleaning and brightening tile grout. Spray grout lines with 3% hydrogen peroxide and allow to sit for about an hour. Dampen an old rag and wipe up the excess when you’re done. Finish with a natural mopping solution over the floor’s surface to clean up any remaining residue.

Hydrogen peroxide can be a gardener’s friend too! Use it to help:

If you’ve ever wanted to grow your own mushrooms (and you might, if you enjoy all the culinary uses of mushrooms), HP can help with that. While it can be difficult to grow mushrooms without contaminants ruining the batch, keeping things clean with hydrogen peroxide can prevent contamination. Check out this instruction manual from MycoMasters here.

Worried about your seeds molding while they germinate? Soak your seeds in a diluted solution by adding about 1/2 tablespoon per cup of water. Soak seeds for just a couple of minutes before rinsing to prevent fungal growth and help seeds germinate more quickly due to the oxygen content of the hydrogen peroxide.

Not all weeds are bad (for instance, we love dandelions around here), but some are unsightly and annoying. In places where weeds aren’t welcome, such as cracks in the sidewalk or driveway, spray them with a higher concentration of H2O2 (think 10-12% like this).

It seems that we can all benefit from a little hydrogen peroxide here and there, whether to clean up, kill germs, or get healthy.

This article was medically reviewed by Dr. Robert Galamaga, whois a board-certified internal medicine physician. As always, this is not personal medical advice and we recommend that you talk with your doctor or work with a doctor at SteadyMD.

How many of these uses have you tried? What would you add to this list? 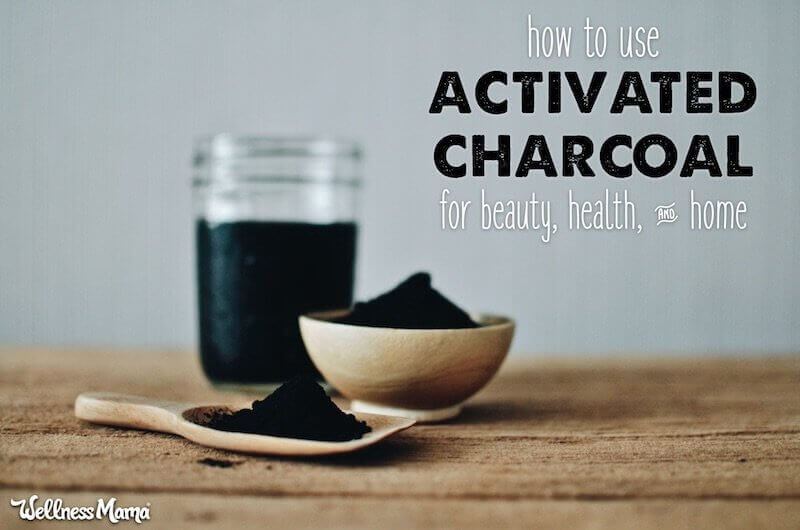 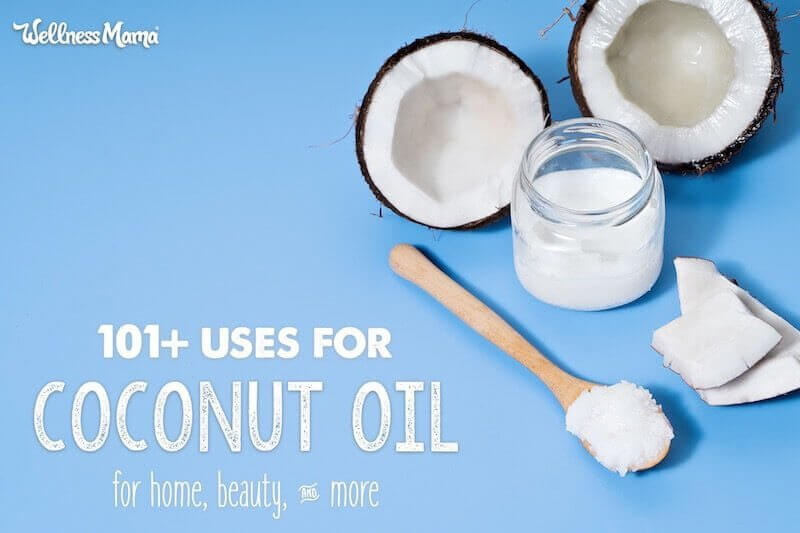 101+ Best Coconut Oil Uses and Benefits for Home and Beauty 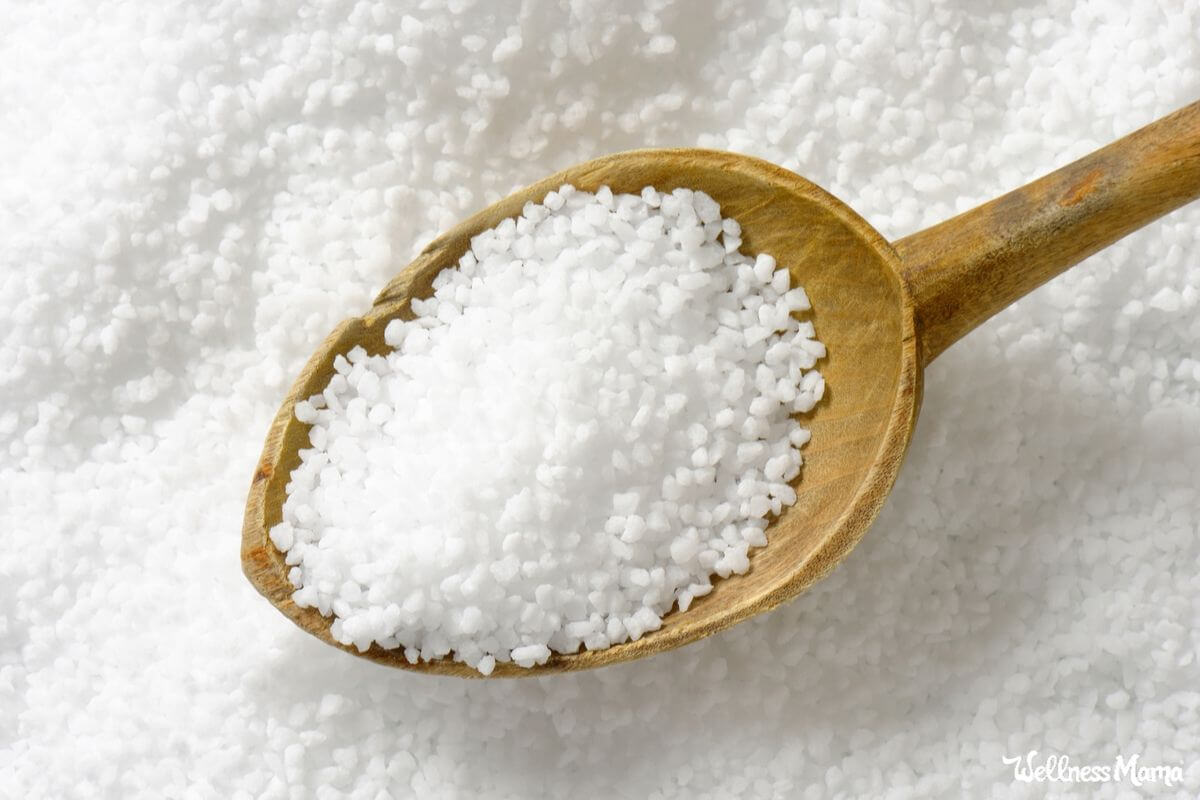 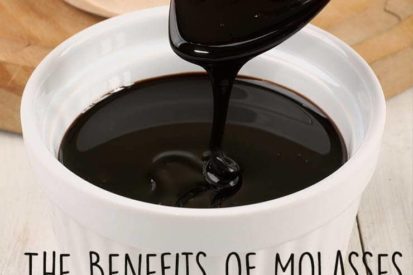 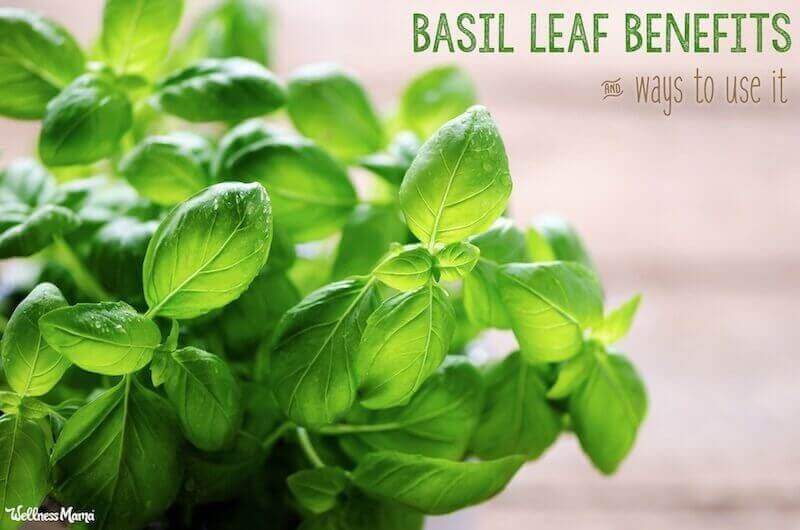