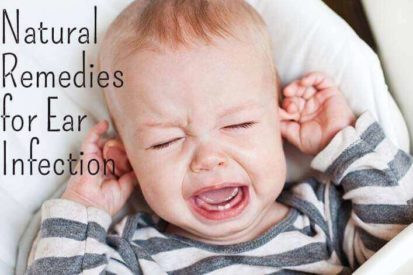 As a mom, few things in life are more difficult than seeing your child suffer, and ear infections can be a very painful part of childhood for some kids.

As a child, I had recurring ear infections and several rounds of tubes. Even though I haven’t had one since I was about 5, I still vividly remember the pain of my ear infections (even more so than the pain of Strep throat and other illnesses I had).

Thankfully, my own children have largely avoided most childhood illnesses, (maybe because of our diet?) but we have had two cases of ear infections (with five kids 8 and under, I’m not complaining at all!). Even so, it is difficult to watch a little one suffer, and I completely understand the impulse to run to the doctor to get immediate relief. Unfortunately, it isn’t always that easy.

When my first son got an ear infection when he was a few months old, I took him to our family doctor for relief. Ear infections are the second most common childhood illness and they can be serious if they don’t resolve, so I wanted to be proactive. Both of my parents have hearing loss, so I wanted to be especially careful to protect his eardrums.

To my surprise, our doctor suggested warm compresses, extra nursing, a few drops of breastmilk in the ear and extra sleep for a few days before trying anything stronger. He explained that not every ear infection needs antibiotics. In fact, he said most resolve on their own with proper support and the overuse of antibiotics can actually cause bigger problems for the child (and for society) later on as bacteria become increasingly resistant to them.

In hindsight, I am so grateful for a doctor who took this approach and spent the time educating me. We moved to a new town since then, so when our other child was struck with an ear infection last year, I didn’t have that doctor’s sage advice. This time, the child wasn’t nursing so breastmilk wasn’t an option. The local doc couldn’t even get us in for a few days. I considered urgent care but decided to research and try some natural remedies for a day unless things got worse.

In researching, I found that not every ear ache is caused by an infection and that sometimes they can be a sign of teething or allergies. I also found that many times, a virus and not bacteria is to blame for the infection, so antibiotics wouldn’t be effective anyway.

Some sources I read also suggested that recurring ear infections can be a sign of a food allergy or gut imbalance. This made a lot of sense to me as I was on antibiotics constantly as a child, had many ear infections, and later found out I was intolerant to several foods.

Ear infections can be caused by swimming, something lodged in the ear, or other external factors.

When Medical Care is Needed

New guidelines from the AAP recommend a more conservative approach to ear infection treatment for doctors (source) and provide warning signs for parents. They recommend taking a child in if:

A “wait and see” approach is often recommended if:

For our child, we fell in the “wait and see” category, so I didn’t take him in immediately but wanted to find ways to comfort him and help his body recover quickly.

After researching many remedies (including the uncommon remedy of using urine in the ear) we settled on these natural remedies and he was pain free within 24 hours:

Important: I only felt comfortable putting these remedies on/around his ear because we were able to verify with an otoscope that his eardrum had not ruptured. I would never put anything in or around the ear if I suspected the ear drum had ruptured

A natural remedy I always have on hand, especially in the winter, to ward off illness. Elderberry syrup has naturally antiviral properties that may help speed recovery from ear infections and it is an easy one to get the kids to take because it is delicious!

This is how I make it at home.

I found that the pain of the ear infection could be lessened by a warm compress. We tried a hot water bottle, a rice heating pack, and a warm, wet wash cloth and both seemed to work well. He preferred the wash cloth so I added some soothing dried chamomile and rosemary to the water for an extra boost and changed the wash cloth out frequently to keep it warm.

This seemed to be the most effective remedy, as our son fell asleep really quickly after we started this and slept through the night. He woke up feeling much better.

Garlic is a potent natural antibiotic and antiviral but it can be too harsh for a child’s skin when used alone. To remedy this, I sliced some garlic and placed the slices between four sheets of gauze (two on each side of the garlic). I sewed the edges shut (taping it would have been easier) and used a bandana tied around his head to secure it.

The gauze kept the garlic from touching his skin directly but was porous enough to let the beneficial properties of the garlic get into the ear.

We repeated this treatment the next night to be safe but he was symptom free after the first night. I’ve also heard of using onions in the same way, but I had garlic on hand so I used it.

An Amish friend swears by this remedy for more than just ear aches. If any of her children get sick, she makes similar poultices of garlic and onion and places on the feet, inside socks, during sleep. She said it hasn’t failed her yet. I’ve only tried once and it was really effective for my cold.

I also now keep garlic oil on hand for use if any of the kids start to complain of itching or pain in the ear and we’ve avoided ear infections since starting this.

Lots of Fluids and Broth

Just as with an illness or infection, it is important to keep the body hydrated and supported nutritionally. Homemade bone broth is an easy way to accomplish this.

We almost always have some broth in the fridge or on the stove, but I keep some in the freezer as well for use during illness.

Ever dealt with an ear infection naturally? What remedies did you use? 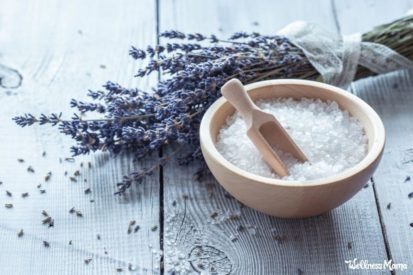 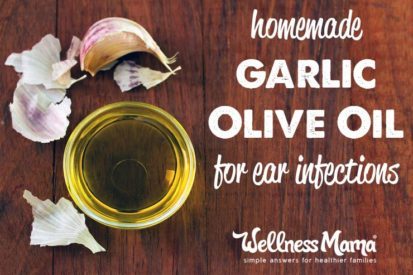 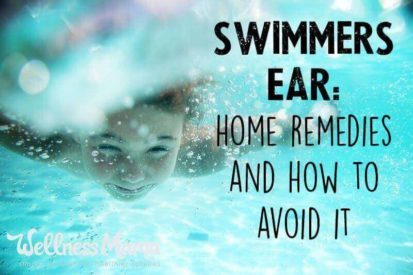 Swimmers Ear: Home Remedies for How to Avoid It 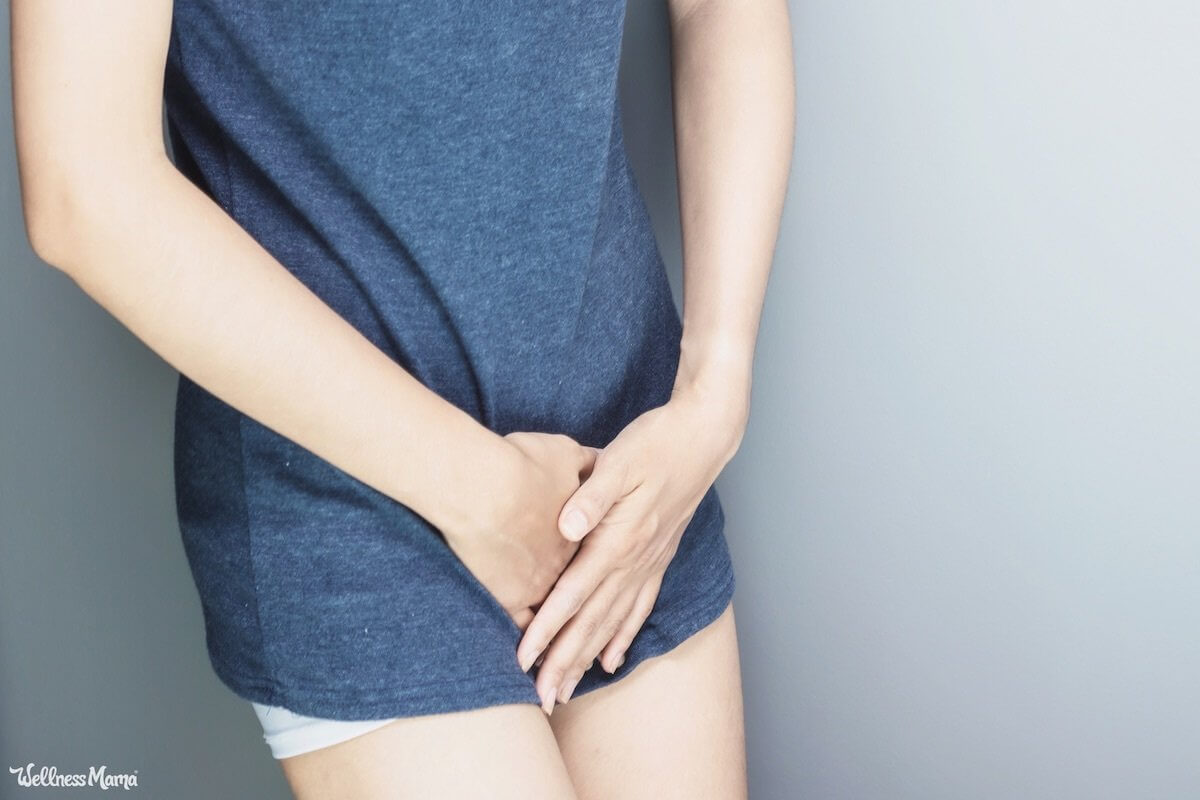