Every year as warmer weather approaches, I make several homemade products for summer including my homemade sunscreen and these homemade bug spray recipes.

I don’t use sunscreen often because it limits vitamin D production and I prefer to eat my sunscreen instead. This homemade insect repellent spray recipe, on the other hand, gets daily use where we live. (Unfortunately!)

At my house, we joke about mosquitoes being the size of birds, and they certainly do seem to come in flocks! Keeping bugs away with a good mosquito repellent is a top priority, especially with small children who are prone to scratching mosquito bites.

What’s the Deal with DEET?

While I am serious about avoiding bug bites, I don’t want to use nasty chemicals like DEET to do it. DEET is present in many commercial insect repellents and has mixed results when it comes to safety.

The EPA weighed in on DEET in 1998 and again in 2014, saying “it does not present a health concern to the general population, including children.” Looking at their long list of warnings and precautions, I’ll stick with my natural bug spray.

As Heather of Mommypotamus explains:

In the same study, Dr. Abou Donia found that DEET caused “neurons to die in regions of the brain that control muscle movement, learning, memory and concentration.” The pharmacologist says that children are at a higher risk for brain changes after DEET exposure because their skin absorbs it more readily.

It’s also interesting to note that as of 2018 the EPA has yet to complete an endocrine disruptor screening on DEET, so that data is still unknown.

As with practically every household item, you can make natural bug spray inexpensively and naturally at home. (Some of our other favorites to make instead of buying are deodorant and toothpaste.)

This recipe takes just seconds to mix up and can be varied based on what you have available. I’ve included several variations so you can try whichever one you have the ingredients for.

If you have the ingredients to make it, this is the best bug spray recipe I’ve found. This recipe uses essential oils, which are highly effective for natural bug protection.

All of those have insect and mosquito-repelling properties, and I’ve included the mixture I use below. For this recipe I use 100 drops of essential oil total with a mixture of various oils. If you don’t have one, you can leave it out or use a mixture of the others in its place.

To save time, I’ve also just used a pre-mixed kid-safe essential oil blend formulated to repel insects in place of the other oils in the recipe below. If you’d rather not DIY, Badger also makes a great natural bug spray with essential oils. 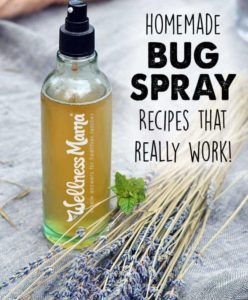 I keep a bottle by the back door for easy application, and also in our first aid kit when camping or hiking. I also carry this homemade anti-itch cream in case of the random bug bite!

Natural bug sprays can also be made without essential oil using dried herbs and witch hazel or vinegar. This recipe is typically considerably less expensive, though it is also not as potent as the recipe above.

TIP: If you have the time and want to make a stronger version of this recipe, prepare the herbs in an alcohol mixture as a tincture instead, and use this directly as a spray after straining out the herbs.

Fair warning: this stuff stinks when it is wet, though the smell disappears as it dries. It works incredibly well though, and this is the one I use when I’m going to be in the deep woods or other tick-infested areas.

It is based on a recipe that was supposedly used by thieves during the Black Plague to keep from getting sick. They used it internally and externally to avoid catching the disease and to keep the flies and other pests away. According to legend, it worked and they survived… but it definitely makes a great insect repellent these days!

This recipe is also very inexpensive to make and you probably already have the ingredients in your kitchen. 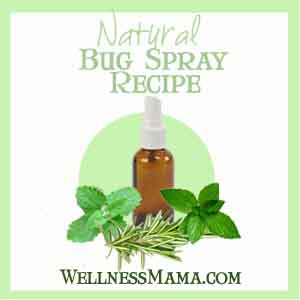 There are now also some good natural insect repellent options available to purchase if you don’t have all of the ingredients on hand or want a simpler solution. Some of the ones that I have personally tried and liked are:

I definitely recommend spot-testing for allergic reactions anytime you’re using a new product on skin, whether it’s natural or not.

What are your tricks for keeping bugs at bay? Which do you think is worse… the insects or the chemicals in most repellents? 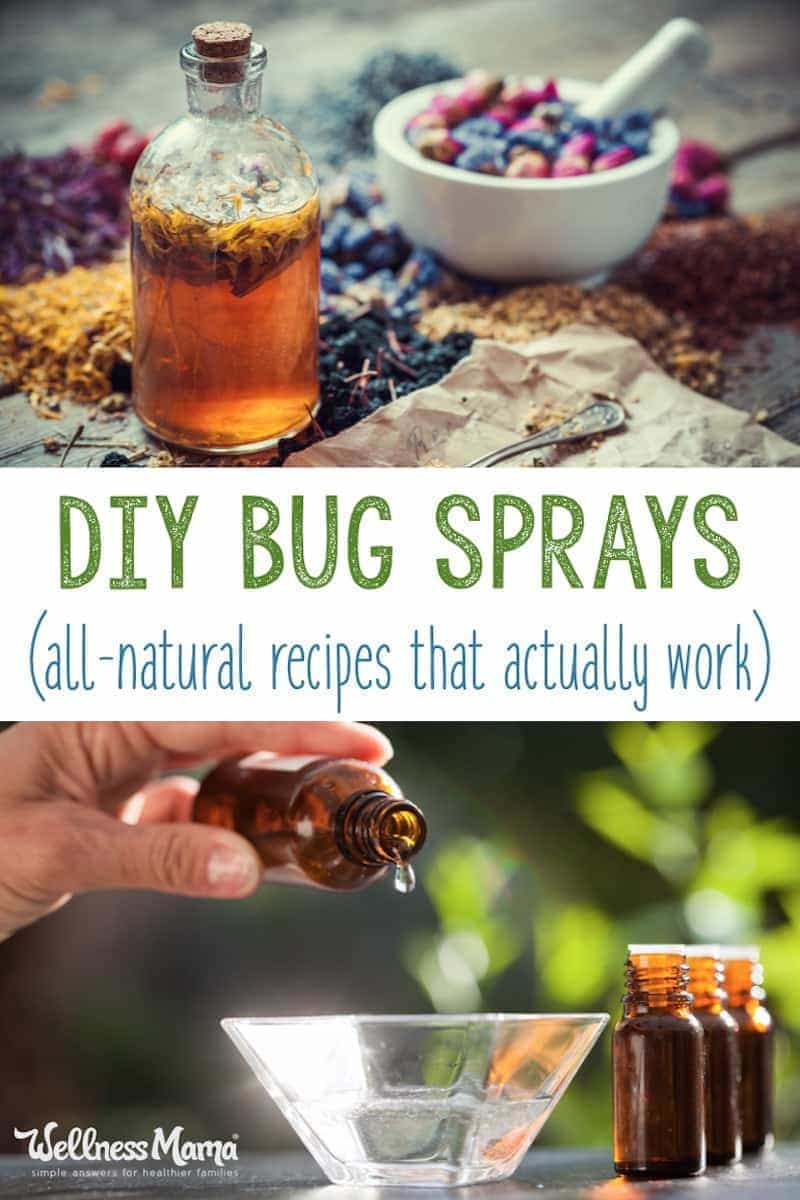