Today, I tackle a subject that no one really wants to talk about: body odor.

More importantly, I will tackle it naturally. Chances are, you’ve probably experienced body odor at some point. I am posting this because it was a touchy subject for me for a long time, and I’m hoping my (embarrassing) plight might be able to help you!

Eating a good diet and drinking enough water can really cut down the odor, but sometimes you need something else. Sure, the conventional deodorant antiperspirants work great, if you don’t mind infusing your armpits with aluminum and other additives!

For those of us who have sought a more natural option, you may have noticed that the pickings are rather slim. There are a lot of natural deodorants out there, it’s just that, well… most of them don’t work well. I say this from experience, as a woman who has been pregnant multiple times in the last few years (pregnancy increases sweat) and worked out through the pregnancies.

So what to do?

Unfortunately, it takes more time than going to the store, but it lasts a lot longer and is a whole lot healthier! In my pursuit of healthy armpits, I finally stumbled upon a natural homemade deodorant recipe that works and is still natural. This is after trying every natural variation I could find (which didn’t work or caused a rash) and after several very failed attempts at making it.

I did find in the process that pure baking soda or plain coconut oil work pretty well, so if you aren’t into making your own, maybe try that. Some people get a rash from baking soda, so test this on a small area of skin first. I’ve also recently been using this pre-made natural deodorant, which is very similar to these DIY recipes and that smells amazing and works well!

Both of the recipes below work really well. I prefer the softness of the first recipe, but if you don’t have shea butter lying around, the second recipe works just as well and has fewer ingredients. You can customize your deodorant to your scent preferences with essential oils, if desired or omit them for an unscented version.

If you are looking for a pre-made option that smells incredible, I’d recommend this handmade one from Crunchy Betty. 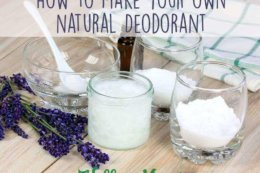 It may take several hours to completely harden. This process can be sped up by putting in the fridge for a few minutes.

If you don’t have all those ingredients around, or don’t want to wash a double boiler, this recipe is faster and easier: 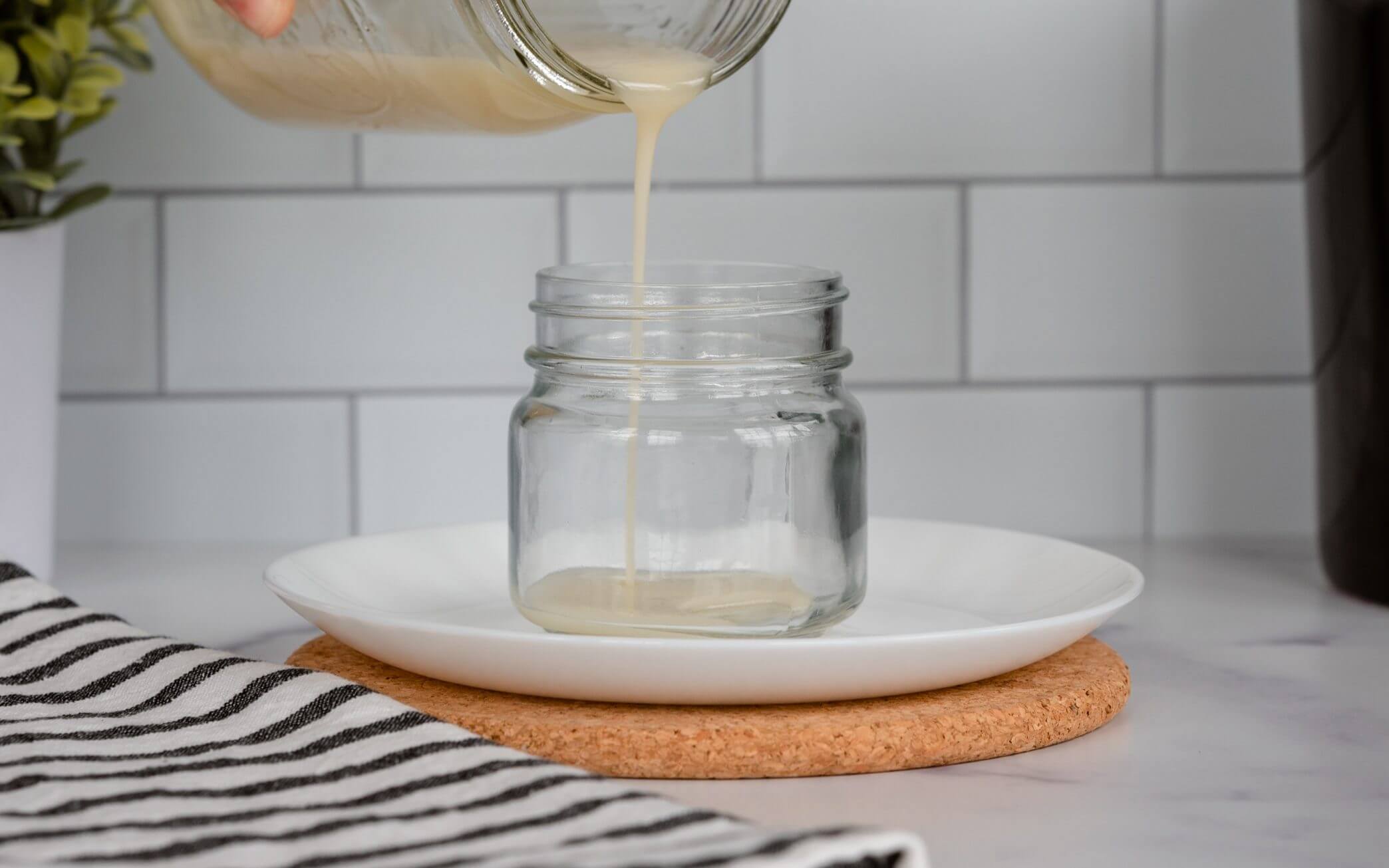 After a few weeks of using natural, I noticed an unexpected side effect… I wasn’t sweating as much to begin with. Months later, and I notice this even more!

If you don’t want to make it, this is a pre-made natural one I use.

After years of using this recipe and hundreds of comments from readers who have tried these recipes. If you have any trouble with making these natural homemade deodorant recipes, this may help:

A. Some people react negatively to the baking soda and develop a rash or underarm discoloring. If this happens to you, I’d suggest stopping using the natural deodorant until you are able to resolve the issue. Many people cut the baking soda amount in half and notice that the irritation goes away. Also, make sure that you aren’t reacting to any essential oils you use in your homemade deodorant.

Acid-Based Deodorant: Other readers have noticed that if they react to a baking soda based deodorant, an acid-based deodorant works better. Suggestions that seemed to have worked include using diluted lemon juice or apple cider vinegar alone or with essential oils.

Spray Deodorant: A magnesium-based spray deodorant can also be helpful, especially for those who react to coconut oil or shea butter. This is also a lighter option that dried more quickly. If you prefer to spray on your deodorant, here’s a recipe to try.

A. Yes, though it will work better with the first recipe that contains shea butter. To make an even firmer bar, increase the shea butter to ¼ cup. These inexpensive deodorant containers work well to store this recipe. I also recommend letting either recipe firm up in the fridge before attempting to use if you are putting in deodorant containers.

Q. This stings if I apply right after shaving… how do I prevent this? 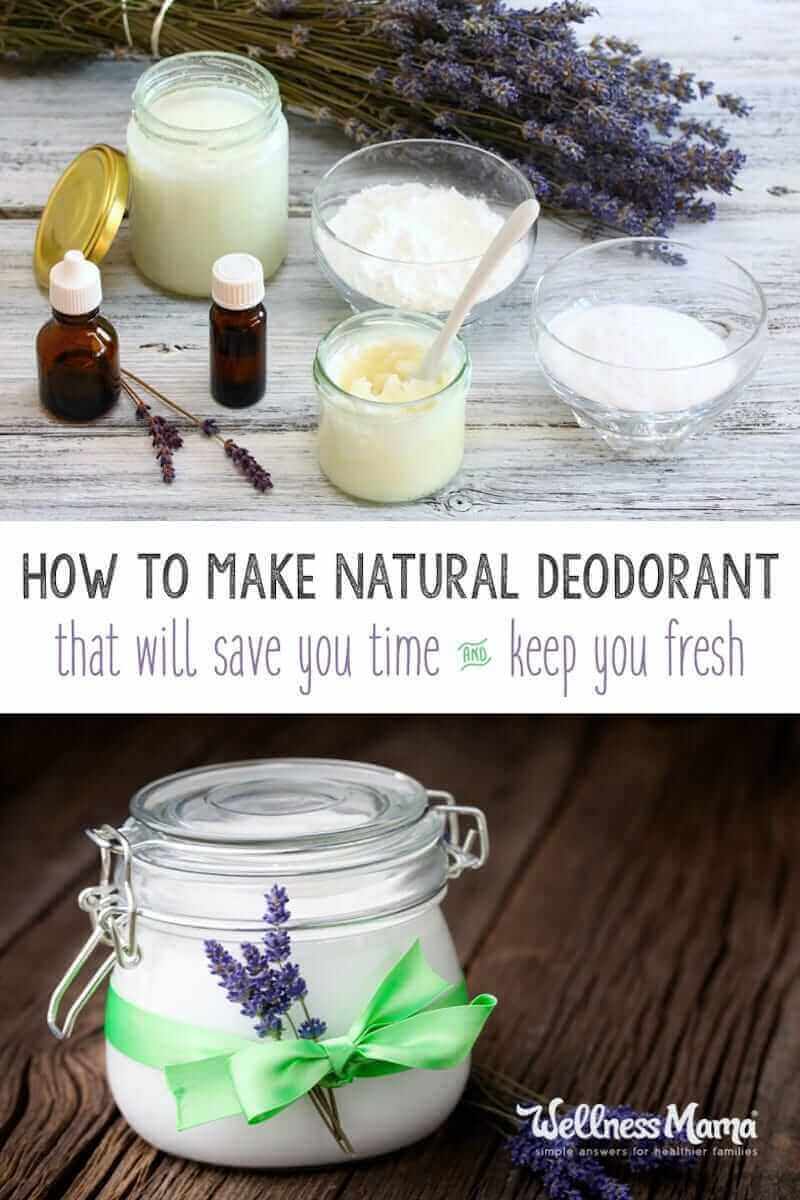