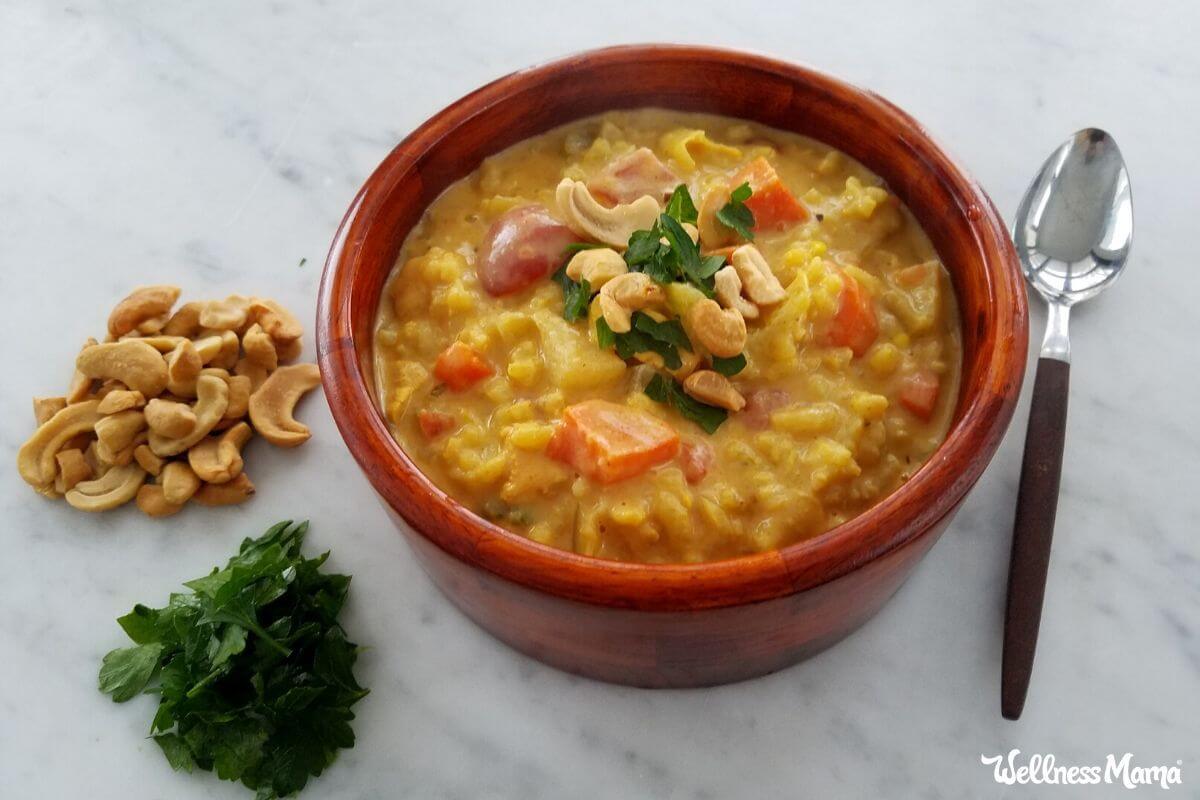 My family loves Indian food so I’m always looking for healthy Indian recipes to try at home. This mulligatawny soup recipe has become one of our favorites. It’s so simple to make, but packs a lot of flavor.

What Is Indian Mulligatawny Soup?

Mulligatawny soup is an Indian soup that became popular in England during British rule in India (1858 to 1947). Because this dish was so popular during that time, it was widely mentioned in European literature. Mulligatawny (meaning chili water or pepper water) soup was originally a vegetarian dish, but the British began adding chicken and other meats.

I first tried this soup at a local Indian restaurant and fell in love with the flavors. Of course, I had to try and recreate it at home with my favorite healthy ingredients. Luckily, soup is fairly healthy to begin with and just needs a few tweaks to suit my preferences.

How to Make Healthy Mulligatawny Soup

Since soups tend to include lots of vegetables anyway, it’s simple to turn a traditional recipe into an even healthier version. Here are the switches I made for this Mulligatawny soup:

Of course, I always use healthy fats (like olive or coconut oil) instead of processed vegetable oils. And I try to use organic produce and meat whenever possible. 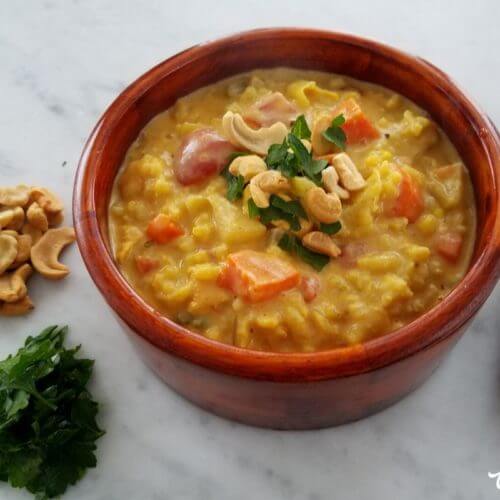 The jalapeño doesn’t add much heat to this, but if your family doesn’t like spicy at all, try adding some diced bell pepper.

Since many Indian food recipes are one-pot meals, we make them often, even during the week.

What’s your favorite Indian food dish that you make at home?