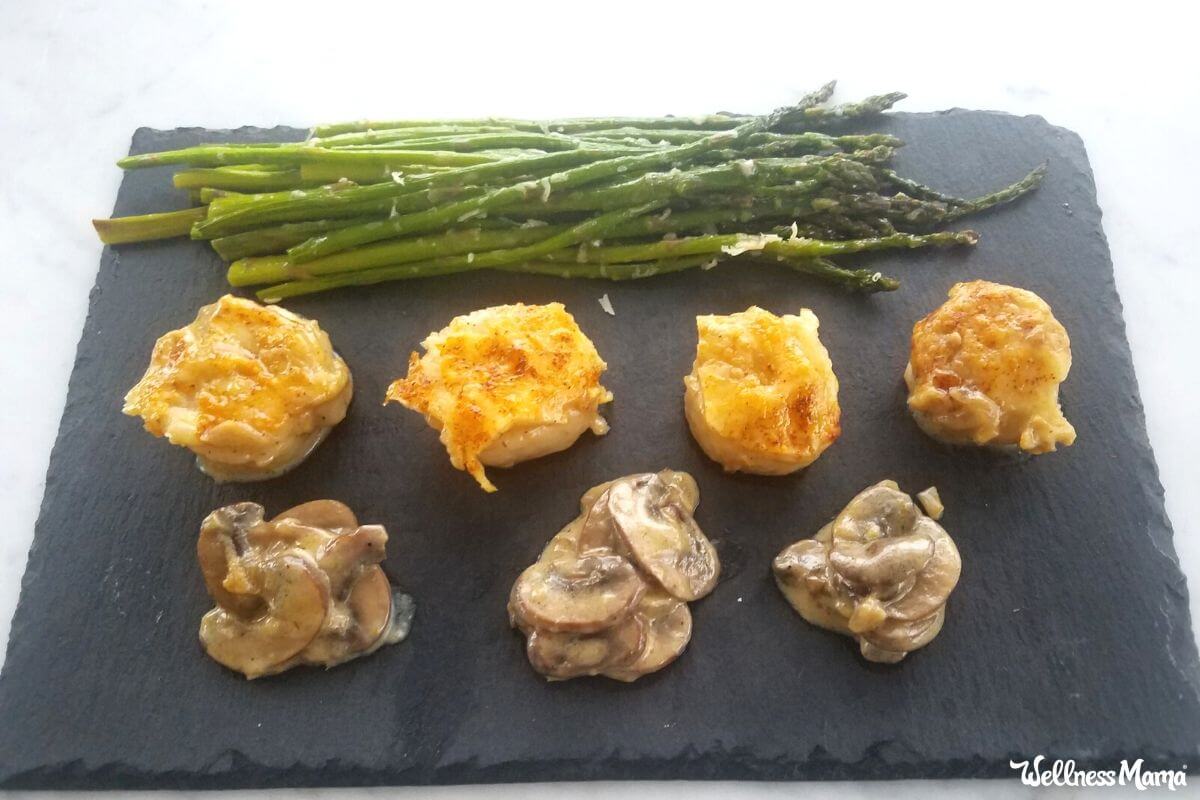 How to Make Coquilles Saint-Jacques

I’m a huge fan of French food (as you might notice in my cookbook!) as well as seafood, so this coquilles Saint-Jacques recipe is right up my alley. It’s a fancy dish that can impress any dinner guest but it’s also fairly simple to throw together (which I’m always grateful for). I love making this for special occasions as well as weekend nights when I want something that feels a bit fancy but that won’t take forever to make.

What is Coquilles St-Jacques?

In French, coquilles Saint-Jacques means scallop or St. James scallop. Coquilles St Jacques is a French dish of scallops cooked in wine and served over pureed mushrooms in a scallop shell. Add cheese and broil until golden brown to finish.

The origins of this dish are unclear. Legend suggests that St. James (Saint-Jacques) once rescued a knight covered in scallops. In another version, people were transporting St. James’ remains from Spain to Jerusalem when a knight’s horse fell into the water and emerged with scallops covering him.

As a result of this legend, Medieval Christians often wore a scallop shell symbol on their clothes when visiting the shrine of St. James. It’s unclear how this symbol of St. James translated to a very specific scallop dish, but it’s delicious nonetheless!

What to Serve with Coquilles Saint-Jacques

This dish is most commonly served as an appetizer or lunch item. If you’re serving this scallop meal as the main course, pair it with one or two of the following:

I’ve also served Coquilles Saint-Jacques with a side salad of roasted asparagus and beets over arugula. I dress it with a light vinaigrette (lemon-dijon or balsamic work well) for a nice bright side to a richer dish.

If you’re a Julia Child fan like I am you’re sure to love these French dishes:

I love these savory and umami French dishes, but a bit of sweetness is also welcome. For dessert, try this raspberry tart made with almond flour to top off your French feast. 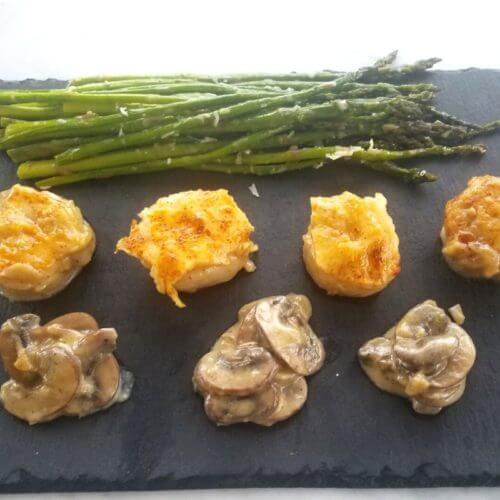 How to Make Coquilles Saint-Jacques Recipe

Gruyere cheese is the cheese traditionally used for this dish, I just find smoked Gouda easier to find. Feel free to use Gruyere if you’d like

Do you like French food? What’s your favorite French dish?

How the Parasympathetic Nervous System Helps Us Lower Stress
Next Post:Homemade Chamomile Tincture