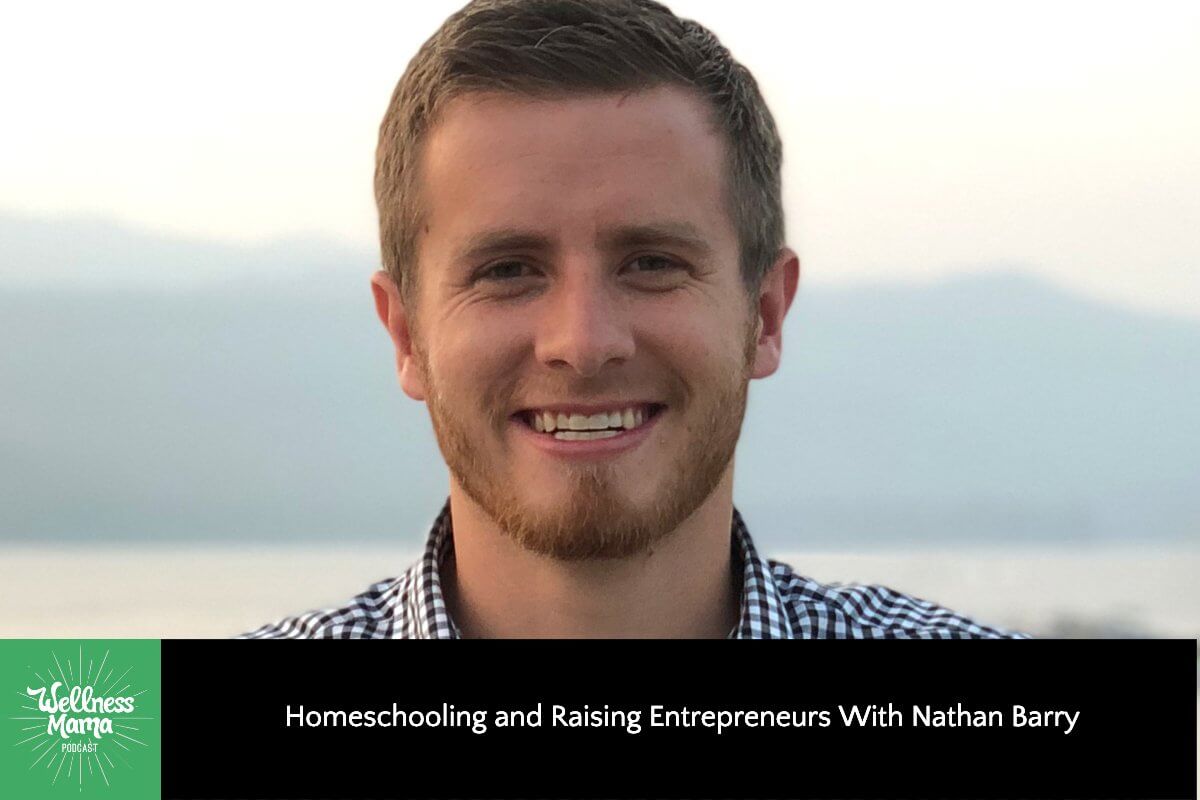 I am here with Nathan Barry, a friend of mine and also the founder of a business called ConvertKit which powers the email and newsletter that many of you subscribe to. He like me was homeschooled and dropped out of college. He now runs a hundred million dollar company.

In this episode, we delve into homeschooling from our perspective both as former students and as homeschooling parents ourselves now. We stick to very practical advice and ways that you can foster beneficial skills and mindset traits in your children (even if you aren’t interested in homeschooling them!).

Would you ever homeschool? Why or why not? Please drop a comment below or leave a review on iTunes to let us know. We value knowing what you think and this helps other moms find the podcast as well.

This podcast is sponsored by Alitura skincare. This a company founded by my friend (and previous podcast guest) Andy, who formulated these products to heal after a horrific accident left him with scars on his face. He mixed some of the most nutrient dense ingredients on the planet to create truly natural products that feed and benefit the skin, leaving it nourished and in my experience, hydrated and younger looking. I know from talking to Andy that he has literally gone all over the world to source some of these ingredients and is meticulous about testing them for quality and finding the combination that works the best. Even the name, Alitura, means feeding and nourishing in latin. My personal favorites are the mask and the gold serum, but all of their products are great. Here’s a tip with the mask… mix with apple cider vinegar instead of water for an extra boost and to deep clean pores. I use the mask a few times a week and I use the gold serum at night and after sun exposure to keep my skin nourished and hydrated. Check out these and all of their products at alituranaturals.com/wellnessmama and use the code WELLNESSMAMA for 20% off and free shipping

This podcast is sponsored by Jigsaw Health, my source for magnesium. You probably know, if you’ve read my blog, that magnesium is responsible for over 300 biochemical reactions in the body. It impacts blood pressure, metabolism, immune function, and many other aspects of health, including hormones. It’s known as the master mineral and it’s one of the few supplements I take regularly. And I have found a specific way to take it that works best for me in very specific forms because if magnesium is taken in the wrong way it can lead to digestive upset or if it’s taken too quickly it can cause all kinds of problems. So, I take two supplements. One called MagSRT which is a slow release form of the dimagnesium malate. The slow release technology makes it easier on the digestive system. So I don’t get any of the digestive disturbance that comes with some forms of magnesium. I take this form in the morning and at lunch. So, two capsules with breakfast, two capsules with lunch. And at night, I take a different product MagSoothe, which is magnesium glycinate which is magnesium bound with the amino acid glycine to help sleep. And in combination, I noticed the biggest effect from those two particular products. You can check them both out and save by going to jigsawhealth.com/wellnessmama. And the code wellness10 will give you $10 off any order.

360: Four Questions to Change Your Life & Doing The Work With Byron Katie
Next Post:362: A Cardiologist Takes on Common Health Myths With Dr. Jack Wolfson