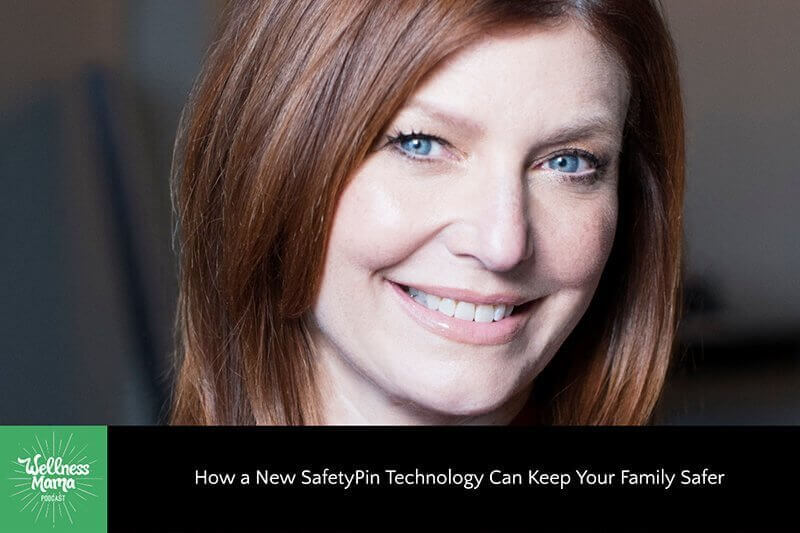 225: Jenny Thompson on SafetyPin Technology to Keep Your Family Safer

I always love to sit down with a fellow female entrepreneur, plus I count today’s guest a friend too, which is always fun. Her name is Jenny Thompson and her talents include natural health advocate, fearless business strategist, and expert marketer, among others.

She took a leap and started a new technology called SafetyPIN. Like a TSA pre-check for the web, SafetyPIN is a way to ensure the person on the other end of a digital transaction is trustworthy and reliable. As you can imagine there’s a great need for this in today’s world when we are often trusting strangers through the use of services like AirBnB, Uber, Lyft, Care.com (and the list goes on).

With SafetyPIN holders currently in 39 states, Jenny is working to build awareness and make “Do you have a SafetyPIN?” part of every conversation in the sharing economy.

Did you enjoy this episode? What other questions do you have about online safety? Please drop a comment below or leave a review on iTunes to let us know. We value knowing what you think and this helps other moms find the podcast as well.

This podcast is brought to you by Ojai Energenetics, the best CBD I’ve ever tried and the one I feel is the best out there. Here’s why its awesome… First, it’s over 20x more absorbable that most CBD. Over 99% of Ojai CBD gets where it needs to go because of a patented colloidal technology (it is not liposomal) like 90% of the CBD in oils don’t even make it past the gut and liver and into the blood. I was skeptical and the first time I tried it, I felt a noticeable effect in about 15 seconds which is so much faster than the 20-30 minutes with other brands I’ve used! It is derived from completely organic ingredients and batch tested by third party vendors for heavy metals, VOCs, pesticides, herbicides, microbes, and for the content of terpenes & cannabinoids. Because this version absorbs faster, you also can know if you’re getting the right dose as too much is not optimal. Here’s how: Because Ojai works so rapidly, it causes your body’s cannabinoid receptors in the tongue to modulate. The taste will be bitter when your body needs more CBD, but will change to sweet when you have had enough. So to test this, just take a ¼ dropper, wait 30 seconds, then feel if it’s bitter or sweet. Then repeat until sweet. Ojai is also a certified B corp and they operate their servers off of wind power, use completely recyclable packaging, and work to build relationships with the farmers who grow the ingredients they use, ensure fair trade wages, and only support regenerative farming practices. Find out more about them and get a special gift at ojaienergetics.com/wellnessmama

This episode is also sponsored by Kasandrinos Olive Oil. I love family owned companies with a mission and that are dedicated to making the highest quality products and supporting sustainable agriculture, and this olive oil fits the bill. Founded by an active duty marine, Tony Kasandrinos, and his sister whose family is from Greece, this company is dedicated to the absolutely highest quality olive oil with the most amazing flavor. With all the controversy over some olive oils being adulterated and diluted, they go above and beyond to test for purity. In fact, all of their olive oil has 3 independent chemical analysis tests done by third party labs. Two are conducted in Europe and another in the United States. These tests confirm the freshness, oleic acid levels, and that the olive oil is organic. They use cold press extraction to retain the beneficial properties and Koroneiki olives which contain very high levels of polyphenols, the well-studied beneficial component of olive oil. Their olives are harvested within 50km of their family press in Lakonia, Greece and are non-GMO, USDA-certified organic, and PGI-certified. Learn more and check out their products at kasandrinos.com/wellnessmama and use the code WELLNESSMAMA for 10% off your order!

224: Dan Clark on Using Sound & Music to Optimize Focus and Sleep
Next Post:226: Dr. Jolene Brighten on Science-Backed Reasons to Ditch the Pill (& What to Do Instead)