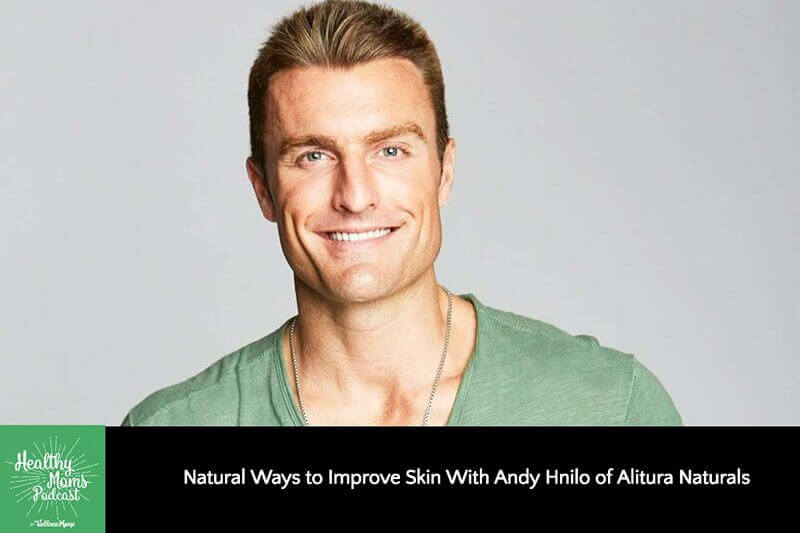 Not only is my guest today an elite athlete, CEO of a natural skin care company, and a former model, he’s also a walking miracle. In 2011 Andy Hnilo was struck by a car and severely injured — including injuries to his face that should have meant major scarring. Andy vowed to find a way to regenerate and heal his skin using ingredients from nature.

And it worked! Andy was able to nurture his skin back to health, virtually free of scars. Now he shows others how to do it, too.

Feed Your Skin With Alitura Naturals

When his friends couldn’t stop asking for his skin care recipes, Andy knew he was on to something. He chose the name Alitura Naturals (“Alitura” is Latin for “feeding and nourishing”) and his natural skin care company was born. Their product line offers carefully crafted skin care using only the best, most potent ingredients nature has to offer.

I think there can be a misconception that natural skin care doesn’t really work, but I’ve tried Andy’s products and I’m a believer!

Special Offer! Use the code “wellness” for 20% off at AlituraNaturals.com

Do you have a natural skin care routine you love? If not, what do you wish you could change? Let me know in a comment below, or leave me a review on iTunes. I read each and every one, and my guests often do too and might answer your questions!

This podcast is brought to you by Four Sigmatic. Four Sigmatic has figured out how to get the benefits of mushrooms like chaga, lions mane, cordyceps and reishi into delicious instant drinks. Their coffee blends contain caffeine less than a normal cup of coffee, but don’t let this fool you. I have found that I get so much more focus and mental clarity from these mushroom blends than I do from regular coffee, and without the jitters. The addition of the mushrooms, which are considered nootropics, meaning that they are good for the brain makes these super food blends more effective and much healthier than just regular old coffee. I also love that many of their drink mixes are instant and packaged into individual servings so they are perfect for travel or on the go. If you’re listening to this, then you can get a special offer just for listeners of this podcast by going to wellnessmama.com/go/four-sigmatic.

155: Mary Shenouda on Thriving With Food Allergies & Intolerance
Next Post: 157: Michael Tyrrell on How Music Can Change the Brain & Body