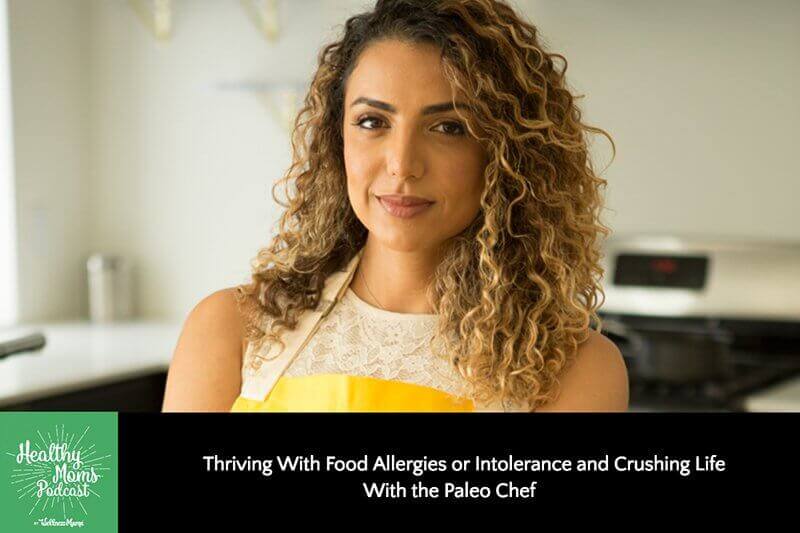 Today I’m here with a personal friend and someone I really love and admire. Mary Shenouda is a highly sought-after private chef to A-list actors, professional athletes, and high-octane entrepreneurs. A long time sufferer of undiagnosed food allergies since childhood, she took her health into her own hands and discovered after much experimentation that a paleo-centric diet was her key to solving all of her issues.

From there Mary left a successful career to follow her passion for clean eating and burst on the scene in 2013 under the nom de cuisine “The Paleo Chef.” Her hard work and talent has paid off as her work has been featured all over the world and the Internet, including in Food & Wine, Glamour, The Joe Rogan Experience, and many more.

Her motto is simple, “Eat clean, play often and crush life,” and she lives it perfectly. She’s got some strong words to share, so get ready to be inspired!

Can you relate to Mary’s story? Let me know in a comment below, or leave me a review on iTunes. I read each and every one, and my guests often do too and might answer your questions!

This podcast is brought to you by Air Doctor. Did you know that the air inside our homes can be up to 500 times as dirty as the air outside? It can be filled with harmful VOCs, allergens, bacteria, and more. I’ve been looking for an air filter that filters out all of these substances, is quiet, and that doesn’t break the bank. The Air Doctor filter meets all my criteria. It removes almost 100% of particles from the air, including VOCs, pollen, pet dander, animal hair, mold spores, dust, cigarette and cigar smoke, viruses, germs, and bacteria. One of my favorite things about it is what they call auto mode where the fan speed basically adjusts to the appropriate level based on the current air condition in the home. I know air filters can be pricey which is why I’ve teamed up with Air Doctor to get a massive discount for listeners. You can get 50% off right now by going to wellnessmama.com/go/air-doctor to get the limited-time discount.

This podcast is brought to you by Beekeepers Naturals. Our healing relationship with bees goes way back. Humans have been benefiting from bees and their nourishing superfoods since prehistoric times, from Cleopatra using honey to keep her youthful glow to Hippocrates prescribing propolis to cure everything from sores to bacterial infection. Beekeepers Naturals is dedicated to bringing the age-old benefits of bee products to modern times. They offer really high quality propolis, royal jelly, bee pollen, raw honey, and many other products. And all of these are sustainably sourced from a company that is dedicated to protecting and improving the bee population. My personal favorites are their propolis spray, which helped me head off a scratchy throat, and their B.LXR mix which is a mixture of all their bee products as a natural brain boost I use to stay sharp on busy days. You can check them out at wellnessmama.com/go/beekeepers.

154: Peter Sierck on Understanding & Mitigating EMFs in the Home
Next Post:156: Andy Hnilo on Natural Ways to Improve Skin