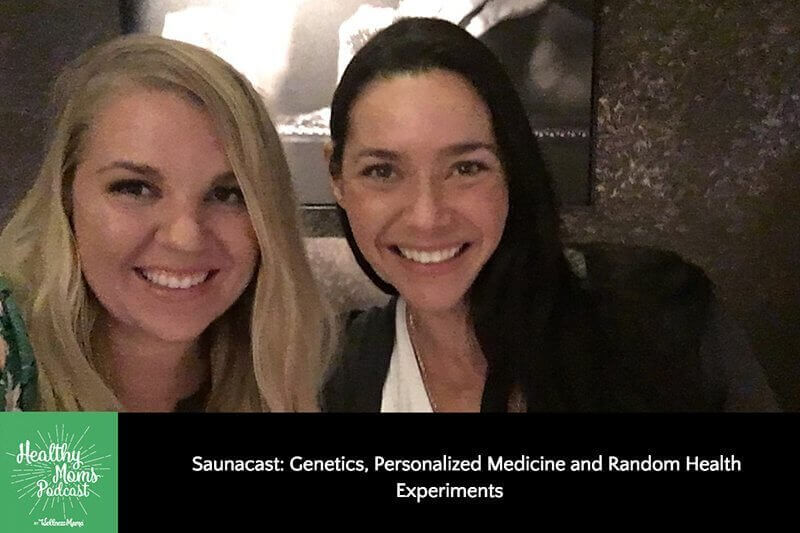 Katie and Heather Dessinger are back for another Saunacast… though technically a Randomcast since they aren’t in the Sauna for this one. In this episode they delve into why they see personalized medicine as the future of health and how they’re using various at-home testing to personalize their own health routines.

They delve into how they use genetics tests like Nutrition Genome and gut tests like Viome to create their own personalized routines for their families. Katie and Heather also both recently moved and they explain why, where (kind of) and what has changed.

This podcast is brought to you by Homebiotic. We all know about our microbiome and most of us know about our oral microbiome and even our skin microbiome. But it’s easy to forget that we live in a microbial environment as well and our home environment influences our health too. The overuse of disinfectants and harsh cleansers has led to an overgrowth of less than optimal bacteria in many homes. Those of us with little kids have children sitting on the floor of our homes and interacting with that bacteria on a daily basis. So, my solution to this has been Homebiotic. This is a natural probiotic spray for the home that neutralizes odors, germs, and even mold. You can check it out at wellnessmama.com/go/homebiotic.