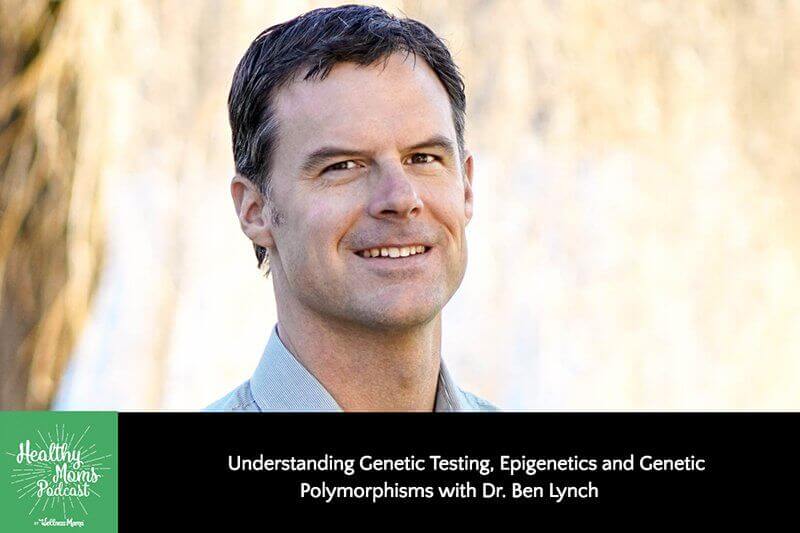 Today Dr. Benjamin Lynch is joining me on the podcast, and we’re in for a treat. Dr. Ben is most importantly a dad of three amazing boys, and (just a side note) he’s also a doctor and one of the top experts in the world on epigenetics and genetic polymorphism. He has a naturopathic degree from Baiser University and went on from there to really dive into the world of nutrigenomics, methylation, and genetic research.

Dr. Ben Lynch also is the president and founder of Seeking Health, and you’ve probably seen me recommend a lot of their supplements on Wellness Mama.

If the podcast today peaks your interest, you should definitely read Dr. Ben’s new book (literally hot off the press) called Dirty Genes: A Breakthrough Program to Treat the Root Cause of Illness and Optimize Your Health. I got a chance to read it and he really lays out how to identify which underlying causes of disease are genetic and gives practical ideas for improving your prognosis. He’s one of the top experts in the field so this really is a must-read.

Enough from me … let’s hear from Dr. Ben!

Have you ever had genetic testing done? What did you find out? Please let me know your thoughts in the comments or leave me a review on iTunes. I read each and every comment, and my guests often do too and might answer your questions!

This podcast is brought to you by Vivos. This is something we recently invested in for our entire family and we are absolutely loving it. Here’s why: data shows that the nutrition we receive in utero determines our palate development and how narrow or open our airway and jaw structure are. So a narrow mouth, jaw, and airway increase the chances of needing braces, of getting sleep apnea, breathing difficulties, and much more. Vivos created a non-invasive, non-surgical, easy way of widening the maxilla, jaw, and airway. So for our kids, this means that they get to avoid braces and it’s also made my husband’s sleep apnea disappear. (He also stopped snoring, which is a bonus for me.) I’ll be writing more about this soon but you can check them out in the meantime at wellnessmama.com/go/vivos.

This podcast is also brought to you by Beekeepers Naturals. Humans have been benefiting from bees and their nourishing superfoods since prehistoric times. From Cleopatra using honey to keep her youthful glow to Hippocrates prescribing propolis to cure everything from sores to bacterial infection, our healing relationship with bees goes way back. Beekeepers Naturals is dedicated to bringing the age-old benefits of bee products in to modern times. And they offer really high quality propolis, royal jelly, bee pollen, and raw honey as well as many other products. All of these are sustainably sourced from a company dedicated to protecting and improving the bee population. My personal favorites are their propolis spray, which helped me to head off a scratchy throat, and their B.LXR mix which is a mixture of all of those ingredients and it’s a natural nootropic that I use on busy days. You can check them out at wellnessmama.com/go/beekeepers

134: Dr. Daniel Pompa on Fasting, Autophagy, Diet Variation, & Cellular Healing
Next Post: 136: Dr. Jennifer Stagg on How to Unzip Your Genes to Understand Your Health