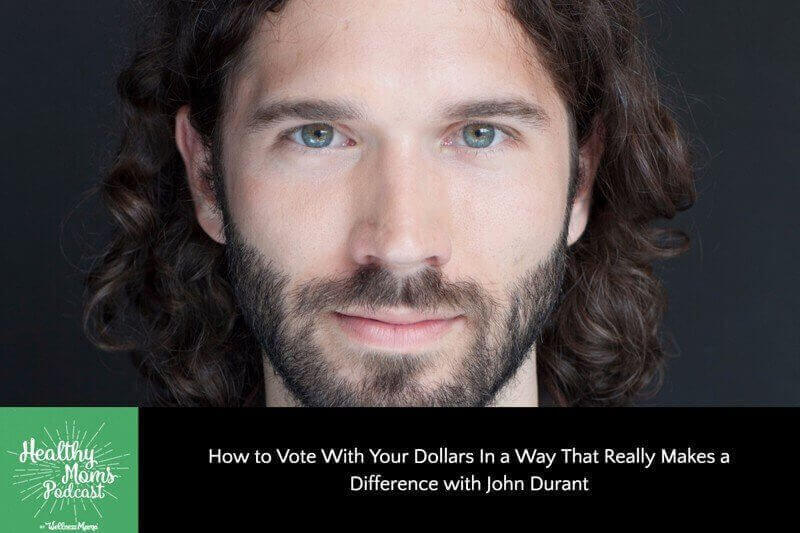 066: John Durant on Voting with Your Dollars to Make Health Changes

The Wellness Mama Podcast
066: John Durant on Voting with Your Dollars to Make Health Changes

One of the trickiest things I do as a health blogger is decide which companies and products to use for my family and to recommend to others. I take this responsibility seriously, so I know I’m in good company when I spend time with my friend John Durant, aka Paleo Jesus, one of the 100 Most Influential People in the health world.

Now as a venture capitalist, John Durant makes it his primary mission to find and fund the best health-focused companies through his company, Wild Ventures.

He’s the best person I know to give insight into the future of health—and how we can vote with our dollars to support companies willing to shape and change it for the better.

First, a little about John Durant, because he’s a fascinating person. His New York Times bestselling book The Paleo Manifesto rocketed the Paleo diet into popularity, and he continues to pursue health with a passion.

On any given day you might find John Durant running barefoot through Central Park, experimenting with intermittent fasting, or doing a polar bear swim in the Atlantic. Now a sought-after health expert, he’s been featured by The New York Times, The Atlantic and appeared on The Colbert Report and NPR.

John’s portfolio includes some of my favorite companies, where he works behind the scenes to make them successful: Thrive Market, Exo, AO Biome, and Kettle and Fire just to name a few.

Let’s find out the inside scoop on how companies, big and small, play a part in our health future.

The Mighty Dollar … in Your Pocket

I’ve been criticized before for sometimes supporting large companies that offer some—but not all—health-conscious products. And there is of course good reason to be wary. Huge corporations have a track record of often not having our best interests in mind.

Still, when we spend our dollars on healthy products, these companies listen and respond. And the bigger the company that makes a change toward healthier products, the wider the impact. Even in the last few years, we’ve seen an exciting amount of change for the better.

At least that’s what I think … and I do even more so after hearing John’s insider perspective on the health future and where we’re headed.

Change the demand, and they will follow! We as consumers are in control!

In This Podcast, You’ll Learn

The Paleo Manifesto by John Durant

This podcast episode is brought to you by Perfect Supplements. If your family doesn’t like some nutrient-dense foods like liver or kale, Perfect Supplements is the answer. They concentrate superfoods in capsule form so you can get all of the benefits without cooking something no one will eat.

Perfect Supplements is USA made, incredibly reasonably priced, and super selective in purity and sourcing. Our family uses their desiccated liver capsules (from 100% grass fed cattle). This product has been recommended by Tim Ferriss and Dave Asprey, and now that I’ve tried it I can see why. We also use Perfect Supplements collagen, greens powder, and fermented kale.

You can get 10% off of any order by going to perfectsupplements.com/wellnessmama and using the coupon code WELLNESSMAMA10. The best part is they always offer bulk discounts too!

This episode is also sponsored by The Wellness Mama Cookbook. My kids helped me test these recipes so they are definitely family-approved. They’re also mom-approved and here’s why.

I know what it is to be busy. I made sure the majority of the Wellness Mama Cookbook recipes can be made in under 30 minutes and many of them only one pan (who wants to wash dishes?). All of my 200+ grain-free recipes replace processed sugar and flour with nutrient-dense foods and vegetables kids love!

You can check out the cookbook at any major bookstore or on Amazon. I’m delighted to share my family’s favorite recipes with all of you!