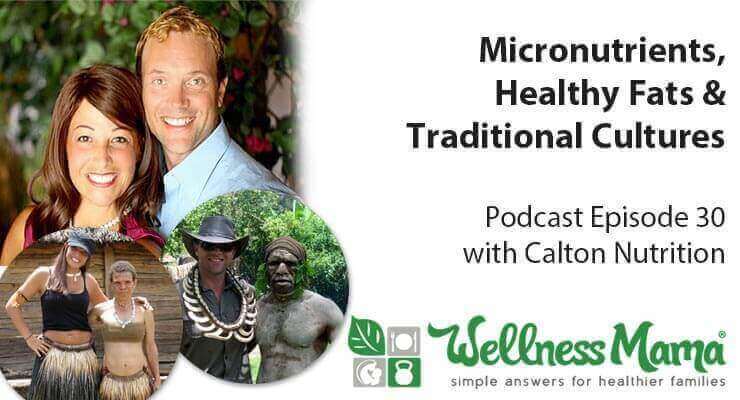 In this episode, I talk to micronutrient experts Jayson and Mira Calton of Calton Nutrition about all things micronutrients, healthy fats and healing from osteoporosis.

After receiving a diagnosis of severe osteoporosis before age 30, Mira set out to find health answers. Her journey lead her to Dr. Jayson and to a complete recovery from her disease with a micronutrient nutrition and lifestyle program.

Their honeymoon involved a 6-year 100+ country journey they call the Calton Project. During this time, they researched and traveled to cultures around the world to see and experience their traditional lifestyles and diets. Jayson and Mira have been to countries that many of us have never even heard of and know the real story about these cultures that we often talk about in health discussions.

Now, Jayson and Mira run Calton Nutrition to help others find their own health answers. They specialize in Micronutrients and have created a specific multivitamin called Nutreince to help boost micronutrient levels with their special non-compete technology.

Get a free micronutrient analysis and other gifts from Calton Nutrition by clicking here.

In this Episode, We Discus

029: Dr. Ben Lynch on Methylation Problems & Gene Mutations
Next Post:031: Dr. Tom O’Bryan on How to Know if You Have Gluten Sensitivity