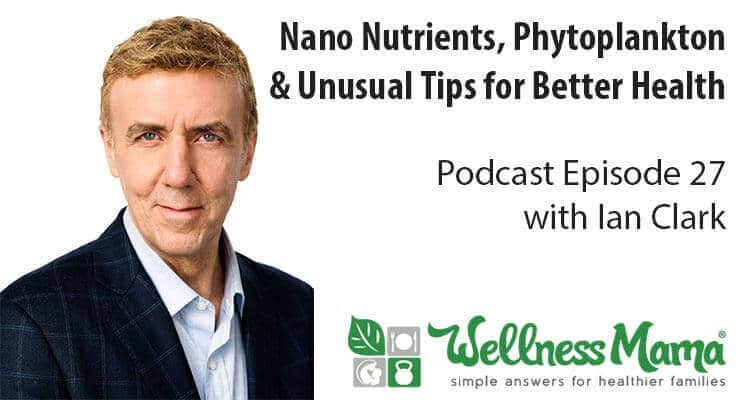 Ian Clark, founder of Activation Products, was diagnosed with a series of life threatening health issues in 2004 and was not expected to live more than a few months. Realizing that conventional measures of treating his illnesses had not worked for his family members in the past, he forged his own path to better health through food and specialized nutrients and supplements.

After five years of healing and improving his own health, and 90 pounds lighter, Ian set out to help others achieve the same results that he had. He focused on finding the highest level scientific discoveries in the world and making them available to others.

In my personal conversations with Ian, he has told me about several unusual supplements, remedies and practices that have made a noticeable difference in my life and that I had not heard anyone else talk about before. I asked him to be on the podcast to share these with you.

In this episode, we cover:

Thank you so much for listening to this episode of the Wellness Mama podcast! I would really appreciate it if you would take a second and subscribe to the podcast via iTunes or Stitcher so that you’ll be notified of future episodes. If you’ve ever benefited from the information shared on the podcast, I would really appreciate if you would leave a rating or review since that’s how others are able to find this podcast, and so we can help spread the wellness message.

Thanks as always for listening and for reading and for being on board with creating a future for our children that’s healthier and happier. And until next time, have a healthy week.