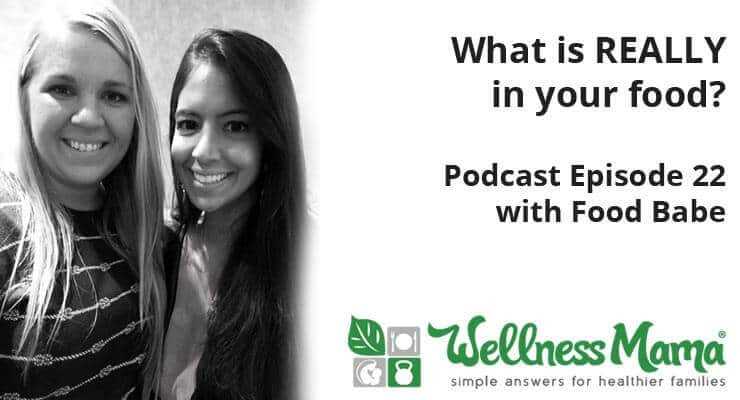 Wellness Mama » Podcast » 022: Vani Hari, the Food Babe on What Is Really In Your Food

022: Vani Hari, the Food Babe on What Is Really In Your Food

The Wellness Mama Podcast
022: Vani Hari, the Food Babe on What Is Really In Your Food

In this episode of the Wellness Mama Podcast, Vani Hari, the Food Babe, and I talk about what is really in your food that you might have no idea you are consuming.

Vani and her website FoodBabe.com have become incredibly popular for her work in exposing the dirty secrets of the food industry, especially chemicals that are added to foods in the United States but banned in other countries.

She has successfully launched petitions against many food giants and has gotten them to remove artificial dyes, colors, chemicals and even antibiotics from their foods.

Vani shares her own story and health journey from being an over-stressed and over-worked corporate employee with a poor diet to being a crusader for real food.

Her transformation began with an appendicitis attack and a resulting investigation into the foods she had been eating that led to her poor health. Vani’s research revealed many problems in our current food supply and she set out to expose these problems and educate the world so that consumers could make informed choices.

Listen to the whole interview and find out what foods you may be eating that contain ingredients you would never knowingly consume!

This interview is a replay from the Wellness Family Summit, a seven day event that brought together experts in health and wellness who shared the common goal of working to create a healthier future for our children.

If you’re enjoying the Wellness Mama podcast, please leave a rating or review (5 star!) on iTunes or Stitcher. Also, if you’re benefiting from the information presented, why not share the podcast with a friend who could benefit as well?

Thanks as always for listening and have a healthy week!

021: Chad & Brenda Walding on the Problem with Sitting
Next Post: 023: Chef Lance Roll on The Importance of Bone Broth