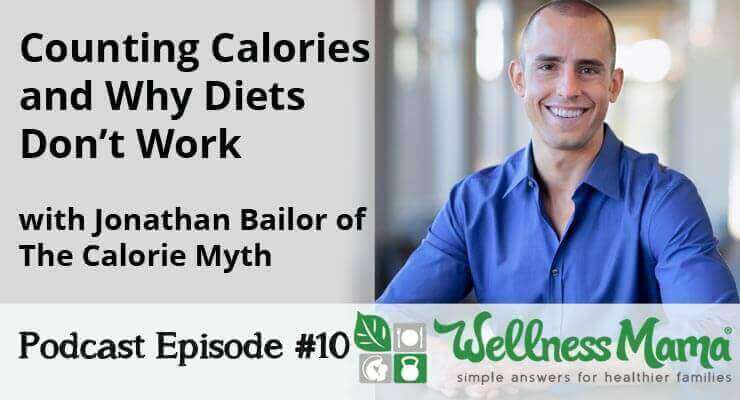 In this episode, Jonathan Bailor, author of The Calorie Myth breaks down the problems with the calorie theory of weight loss. Jonathan covers topics like why eating less or exercising more won’t ever truly solve a weight problem, how stress affects weight and clears up confusion with the often-misquoted Law of Thermodynamics.

Jonathan and I Discuss

1:45- The disconnect between technology and science
3:00- Why Calories don’t count the way we think they do
3:30- Weight isn’t a moral issue. People who weigh more aren’t lazy
4:29- The idea of “just eat fewer calories” is akin to telling those with depression to just frown less and smile more
6:45- How calories can count, we just don’t need to count them
7:15- The “Calorie Myth”
7:29- Calories in/calories out and why it doesn’t work
7:44- The role of the hypothalamus
10:55- The four laws of thermodynamics and why it isn’t as simple as eating less and burning more
11:31- Why most interpretations of the laws of thermodynamics are completely wrong
12:31- the problems with eating less
13:46- Why you’ll lose muscle and fat if you just eat less
14:16- How calories are different
15:00- The four factors of quality food: satiety, Agression, Nutrition, Efficiency
15:48- Foods that the more you eat, the healthier you get
16:05- Foods to avoid
16:38- How foods manipulate hormones
17:13- How to get your brain to tell your body to do something
19:44- How hormones signal the body to build muscle or gain fat
18:55- Why exercise alone won’t help you lose weight
19:45- Where “exercise” comes from
21:15- One step to be healthier

Thanks as always for listening to the Wellness Mama Podcast. If you are enjoying the show, please leave a rating and review on iTunes or Stitcher. It helps my podcast to show up for those searching for health and wellness podcasts. 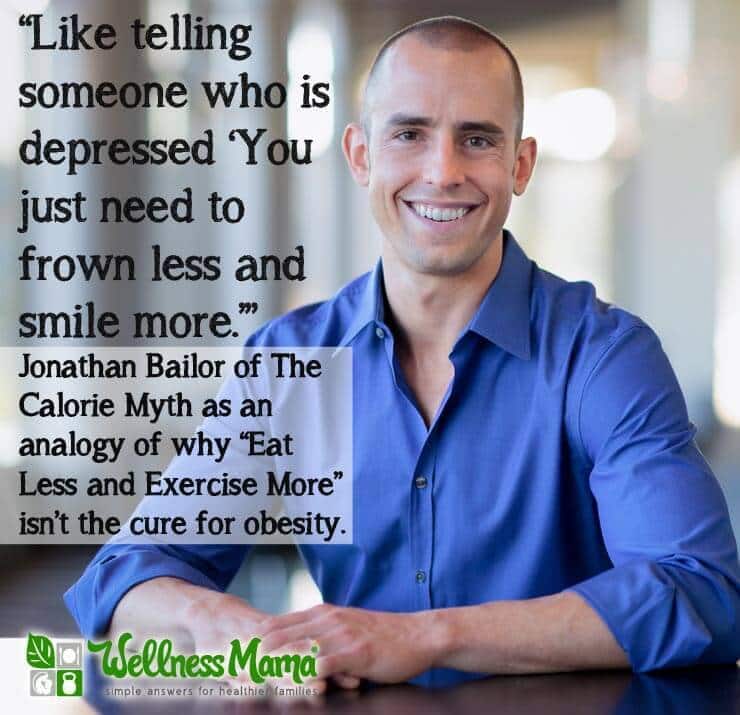 Have you ever counted calories? Did it work for you? Share your story below!

009: Steve Wright on Leaky Gut, Heartburn, & Digestion
Next Post: 011: Bo Eason on How to Foster Success in Your Children