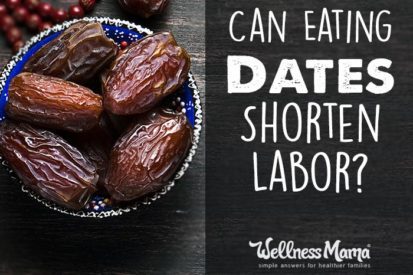 Don’t you love when something really simple and inexpensive is actually the most effective option? Like when simple natural ingredients make the best laundry detergent? Or when children ditch the expensive toys and play for hours with a cardboard box or mixing bowl and spoon?

I recently stumbled across a study that supports an old (mid)wives tale that eating dates (this type) might be the best way to naturally shorten labor and reduce the risk of induction.

Sound too good to be true?

I thought so too for years and wrote off the idea (partially because dates have always seemed too sweet to me and I didn’t want to eat them). Turns out, there is now some scientific evidence and anecdotal experience from many women that supports the ability of dates to shorten labor and contribute to a outcome.

The study, conducted in 2011 and published in the Journal of Obstetrics and Gynecology, has some really interesting results from comparing two groups of women: those who consumed six dates per day in the last four weeks of labor and those who did not.

I also found it fascinating that in my completely un-scientific poll of friends and readers, those who consumed dates in later pregnancy did in fact have shorter labors (including a few friends who craved them and had labors under 2 hours!). My friend Genevieve ate dates in the last month of her pregnancy and had a shorter labor (and there are quite a few comments on her post from other women with the same experience!).

As someone who tends to have labors more on the 24-28 hour side, it was enough to intrigue me… disgust of dates or not.

This study was very interesting, and not just because I’m a nerd who loves reading scientific studies. For any woman who has been through labor, this line from the study specifically should be intriguing:

The mean latent phase of the first stage of labour was shorter in women who consumed date fruit compared with the non-date fruit consumers (510?min vs 906?min, p?=?0.044).

Other points of interest from the study:

Overall, the study authors concluded that:

…the consumption of date fruit in the last 4 weeks before labour significantly reduced the need for induction and augmentation of labour, and produced a more favourable, but non-significant, delivery outcome.

That study and the stories I’ve read of dozens of women who tried eating dates in late stage pregnancy are enough to convince me to give dates a try this time. (These are the ones I’m ordering)

I’ll personally start sneaking 4-6 dates per day (six was the magic number in the study) into my meals starting at about 35 weeks (I tend to deliver at just over 39 weeks). Since I don’t love dates on their own, I’ll make some of these chia seed energy bars and some homemade almond milk to blend them in.

I’ll also be drinking my red raspberry leaf tea at that point and incorporating lots of natural movement like walking and squatting to help get my body aligned for labor.

I’ll let you all know in February how things go and if my labor was any shorter! Ever tried this? Did it work for you? Please share below! 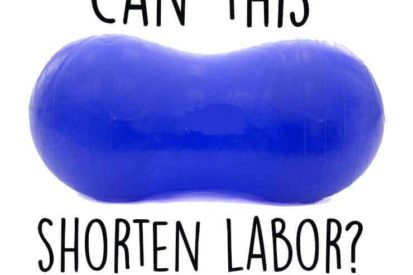 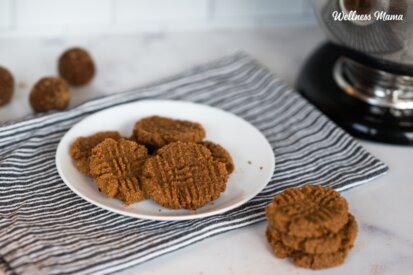 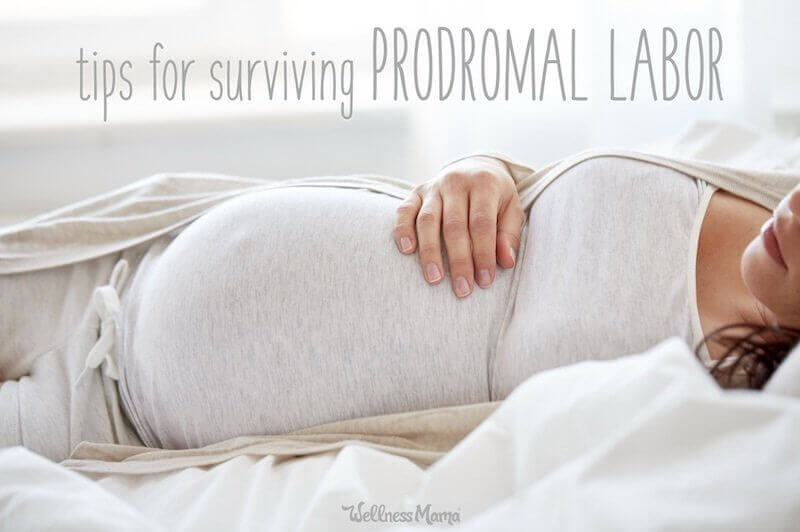 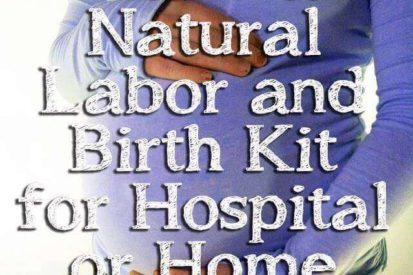 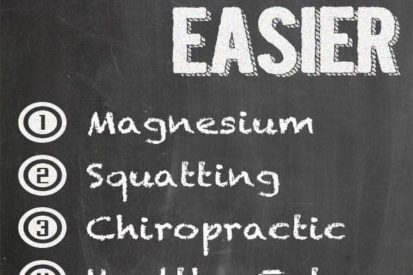 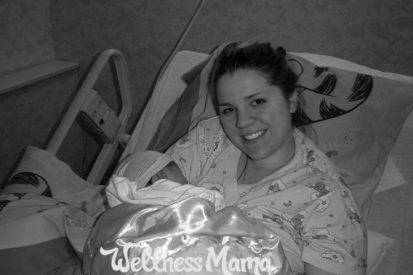