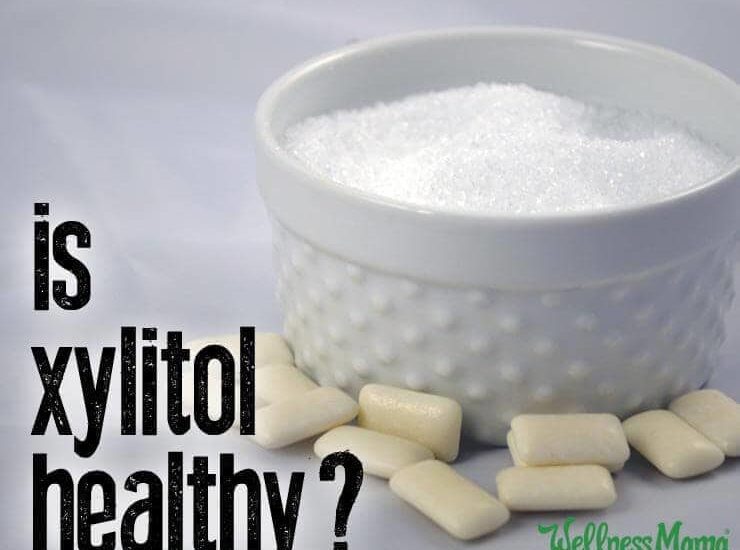 Xylitol: Is It Healthy or Safe?

Wellness Mama » Blog » Health » Xylitol: Is It Healthy or Safe?

I use xylitol in my simple whitening toothpaste and by far the most asked question in the comments of that post is about the safety of xylitol usage. Though it is absolutely not safe (and can even be deadly) to dogs, there is some evidence that it has benefits in humans, especially for oral use.

Xylitol is a polyalcohol or sugar alcohol found in many fruits and vegetables and extracted from corn or birch wood to make a sweetener that is similar in taste to sugar but with about 40% fewer calories. Even though xylitol is extracted from natural sources, it goes through a process called sugar hydrogenation to become a shelf stable white powder for food and dental use.

Though technically considered a low-digestible carbohydrate, it does not impact blood sugar levels the way sugar does (and this is one of the reasons it is so dangerous to dogs). It can have a laxative effect in humans (more on that below) but it generally considered safe for human use, though it is a FODMAP and can be problematic for some people.

It is widely used in chewing gum, oral health products and as a sugar substitute for those with diabetes or blood sugar related problems. Xylitol is even recommended in the natural health community and is in many anti-candida recipes and diets.

But, is xylitol actually healthy or safe?

Xylitol as a Sweetener?

Xylitol is a somewhat controversial sweetener, but is often promoted as safe for human consumption as a healthier alternative to sugar.

Certainly, I don’t think it is saying much for something to be a healthier alternative to sugar, especially with all the problems sugar can cause, and just because something is considered safe for consumption, doesn’t necessarily mean it is healthy.

I have my concerns with the way xylitol is processed and its long term use for several reasons. It is most often processed from corn, and often genetically modified.

Additionally, since it is not metabolized and broken down in the stomach like other sweeteners, it reaches parts of the intestines that regular sugar wouldn’t. Since it has the ability to kill many strains of bacteria including streptococcus mutans, which is one of the reasons it is beneficial for dental health, it may also negatively affect gut bacteria.

Long-term, this may mean that xylitol could be beneficial for helping with bacterial overgrowth in the digestive system and even with things like biofilms, but it may also mean it can negatively affect beneficial gut bacteria. At the least, this warrants caution and additional research. At the same time, many respected sources take an optimistic approach to xylitol’s potential.

Chris Kresser’s take on them:

For the most part, sugar alcohols cause no appreciable changes in blood glucose or insulin in humans, and sorbitol and xylitol have not been found to raise blood glucose following consumption. (5) In diabetic rats, 5 weeks of xylitol supplementation (as 10% of their drinking water) reduced body weight, blood glucose, and serum lipids, and increased glucose tolerance compared with controls. (6) Two other rat studies also found that xylitol-supplemented rats gained less weight and fat mass compared with control rats, and had improved glucose tolerance. (7, 8)

Interestingly, while research is still emerging, there is some evidence that sugar alcohols like Xylitol can act as a prebiotic and feed gut bacteria (source) which could have both positive and negative consequences for different people. Since they are FODMAP, some people will experience digestive issues from sugar alcohol consumption.

It can also cause loose stool, diarrhea and bloating, and many sources recommend working up slowly when consuming sugar alcohols.

In my opinion, the dental benefits of xylitol are the most studied and the most convincing, especially:

Habitual use of xylitol-containing food and oral hygiene adjuvants has been shown to reduce the growth of dental plaque, to interfere with the growth of caries-associated bacteria, to decrease the incidence of dental caries, and to be associated with remineralization of caries lesions. (source)

By providing fuel for acid-forming bacteria in the mouth, sugar consumption sets up an ideal acidic condition that promotes decay and demineralization of teeth. Xylitol, conversely, is non-fermentable and does not feed acid-forming oral bacteria. Regular use of xylitol causes cavity-forming bacteria, most notably Streptococcus mutans (S. mutans ), to starve and die off by as much as 73%, decreasing the level of acidic byproducts formed when bacteria ferment sugars.24 Xylitol also increases salivary flow which helps to buffer these acids.25 A more alkaline environment is created, leading to less tooth decay and plaque, and enhanced tooth remineralization. Untreated cavities, especially small decay spots, can harden and become less sensitive from exposure to xylitol.26

My dentist suggests Xylitol chewing gum for helping avoid cavities, but since I don’t like chewing gum for several other reasons (I explain in this post), I like to use it in toothpaste instead.

Though it is considered safe for humans, it is extremely toxic to dogs and other pets:

Even a very small amount of xylitol can be deadly, especially to small dogs. In fact some brands of gum contain enough xylitol that even a single piece could be lethal to a dog.

Many people are understandably opposed to even having xylitol in the house with pets and caution should be used to keep any xylitol containing products (gum, toothpaste, etc) out of the reach of pets.

My Take on Xylitol

With the current research, I would only ever consider using a Xylitol from birch wood in homemade oral health products like:

Until more research emerges, I don’t feel comfortable using it as a sweetener in food, though many people do. I prefer to use options for sweeteners like allulose, monk fruit, or stevia.

What’s your take? Do you use Xylitol? Share below! 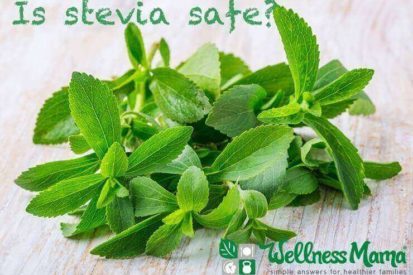 Is Stevia Safe or Healthy? 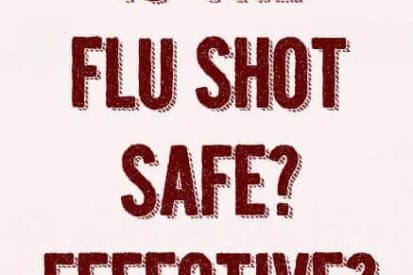 Is the Flu Shot Safe? 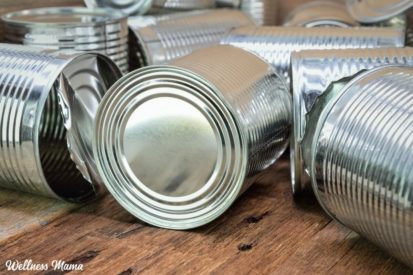 Is Aluminum Safe to Use? 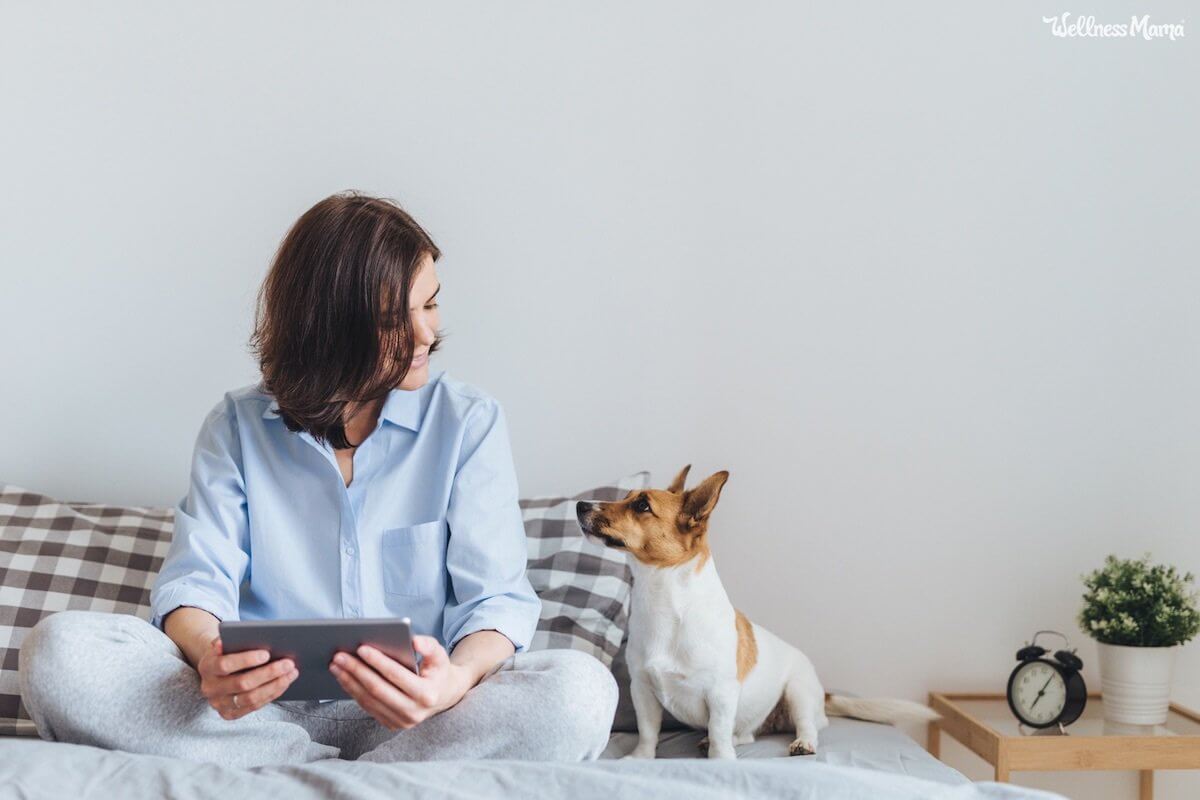 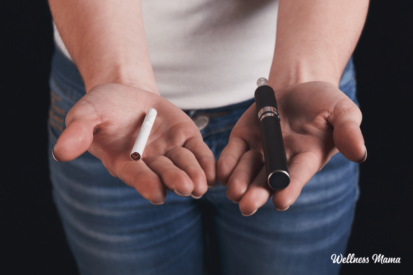 Is Vaping Safe and What Are the Risks?