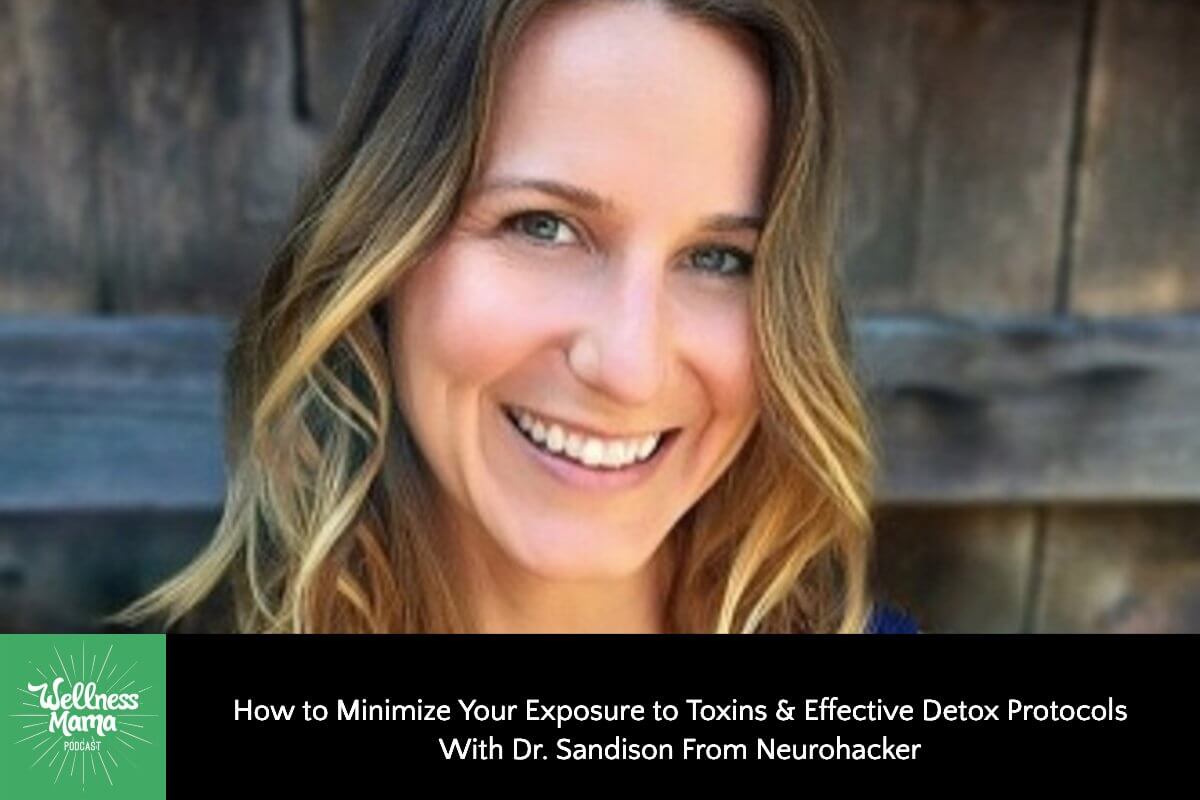 Wellness Mama » Podcast » 348: How to Minimize Your Exposure to Toxins & Effective Detox Protocols With Dr. Sandison From Neurohacker

The Wellness Mama Podcast
348: How to Minimize Your Exposure to Toxins & Effective Detox Protocols With Dr. Sandison From Neurohacker

In this episode, we talk about how you can minimize your exposure to common toxins and ways to effectively detox from the three big offenders, all by optimizing your natural detox systems.

Have you ever tried these detox methods? What suggestions do you have for our next episode? Please drop a comment below or leave a review on iTunes to let us know. We value knowing what you think and this helps other moms find the podcast as well.

This episode is sponsored by Everlywell, at-home lab tests that you can get without a doctors order! I’ve used many of their tests and can recommend a couple that have been especially helpful. They have an at-home allergy test for 40 of the most common allergens using the same CLIA-certified labs used by Allergists/Doctors. The labs are reviewed by an independent physician and measure IgE levels of common allergens including pet dander, mold, trees, grasses, and more. I also really like their food sensitivity tests that test for IgG reactions. This was a big key for me in my health recovery, as there were foods that didn’t show up as an allergy that were causing inflammation. I used an elimination diet, but this food sensitivity test also filled in the missing piece of the puzzle for me. Through healing my gut, I’ve been able to remove all sensitivities except for eggs. Finding out I was highly sensitive to eggs made a huge difference for me, as I ate them often as an inexpensive protein source. I feel so much better now that I don’t eat eggs and I would never have known that without this test! I also use their at-home Vitamin D test to keep an eye on those levels. Check out all of their tests at wellnessmama.com/go/everlywell. Use code MAMA10 for 10% off orders.

347: The Neuroscience of Calm During Stressful Times With Dr. David Rabin
Next Post:349: How to Be Your Best in High Stress Situations With Former Army Ranger and CIA Agent Jeff Banman