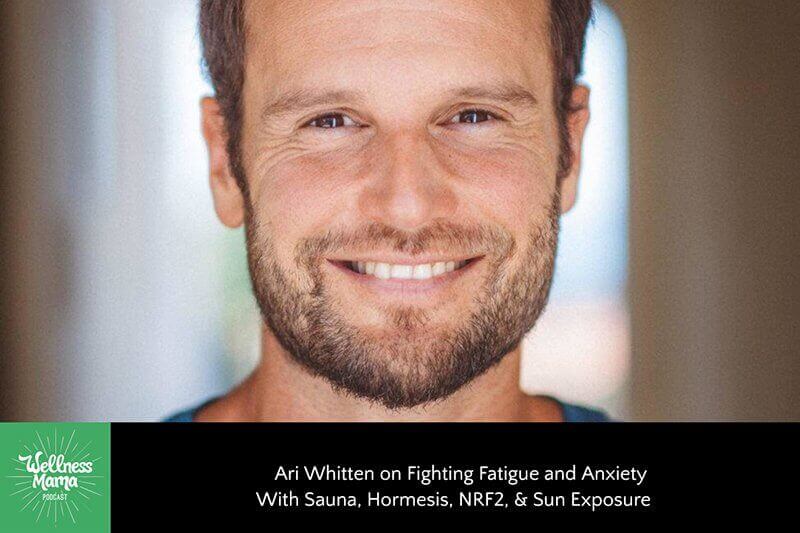 If I gave out an award for the most popular guest of all time, it would have to go to Ari Whitten! This may seem ironic since he’s not a mom, but Ari is pretty much a limitless source of knowledge on so many topics that affect families today. Case in point: he researched and created a system called The Energy Blueprint for fighting fatigue and increasing energy levels… something all of us as moms could certainly use help with!

Today we go deep on the best tools for improving overall health and vitality, and it’s not just the usual diet and exercise advice. Drawing on 20 years of studying and teaching health science, Ari explains why saunas are literally one of the most powerful (and overlooked) “medicines” available to us, as well as free and easy ways to activate and support our body’s natural energy pathways.

Do you use any of these energy-boosting methods? Do you have questions I can pass on to Ari? Please drop a comment below or leave a review on iTunes to let me know. I value knowing what you think and this helps other moms find the podcast too.

This episode is brought to you by Alitura Naturals skincare. You guys loved the founder, Andy, when he came on this podcast to talk about his own skin healing journey after a tragic accident that caused massive scarring on his face. From this experience he developed some of the most potent and effective natural skin care options from serums to masks and the results are visible in his perfectly clear skin that is free of scars! I love the mask and use it a couple times a week, and often use the gold serum at night to nourish my skin while I sleep. All of their products have super clean ingredients and they really work! Andy is absolutely dedicated to creating the highest quality products possible and it shows. Check them out at alituranaturals.com/wellnessmama and use the discount code WELLNESS to get 20% off.

This podcast is sponsored by Thrive Market, a company I’ve known and loved since the very beginning. Their goal is to make real food affordable to everyone and they now help their half a million members, including me, get the organic foods we love delivered to our door for less! Think of an online combination of Costco and whole foods with tons of organic, allergy friendly, paleo, vegan, keto, and other options. The annual membership earns you free gifts and guaranteed savings, and sponsors a free membership for a low-income family. You’ll get 25-50% off top brands and I also always order the new Thrive Market brand products that provide an even bigger discount on their 500+ high quality products. Check it out and save 25% on your first order by going to thrivemarket.com/wm