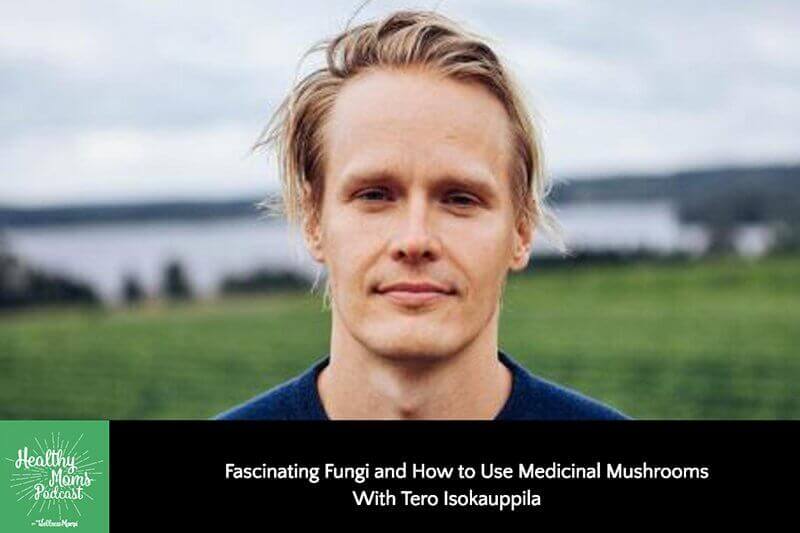 I have admired the work of today’s guest for years and I can’t wait to share him with you. His name is Tero Isokauppila and he’s leading a worldwide mushroom movement.

You might have heard of Tero since I talk all the time about his company Four Sigmatic and how I love their amazing mushroom coffee and teas. If you’ve ever wondered what this mushroom coffee business is all about and why someone might combine the two, you’ll want to check out this episode!

Foraging and growing local foods is a passion that goes back generations in Tero’s family, which is pretty cool. He is a 13th-generation farmer from Finland, where they do things a little bit differently. I’ve long been a fan of their approach to education and now I’m excited to learn why mushrooms are such a valued part of their food supply.

Tero and I nerd out on the science behind mushrooms, why they’re not really vegetables, different types to try, and why mushrooms in general have incredible health benefits. For example, did you know our DNA is up to 50% the same as mushrooms? Or that Chaga mushrooms contain more antioxidants than 30 pounds of carrots?

I didn’t until I read Tero’s bestselling book Healing Mushrooms (linked below). I’m honored to know him now and learn from him personally since he’s making a real difference in the natural food space.

Soon you’ll be hooked on mushroom coffee like I am… for all the right reasons!

Other Topics We Mention

What do you think, does mushroom coffee make a little more sense now? What other questions do you have? Pass them on in a comment below or in a review on iTunes. I read each and every comment, and my guests often do too and might answer your questions!

Thanks So Much to Today’s Sponsors!

162: Dan Harris on Meditation for Fidgety Skeptics & How to Be 10% Happier
Next Post: 164: Vanessa Gaudin on Platelet-Rich Plasma Therapy & Sound Therapy