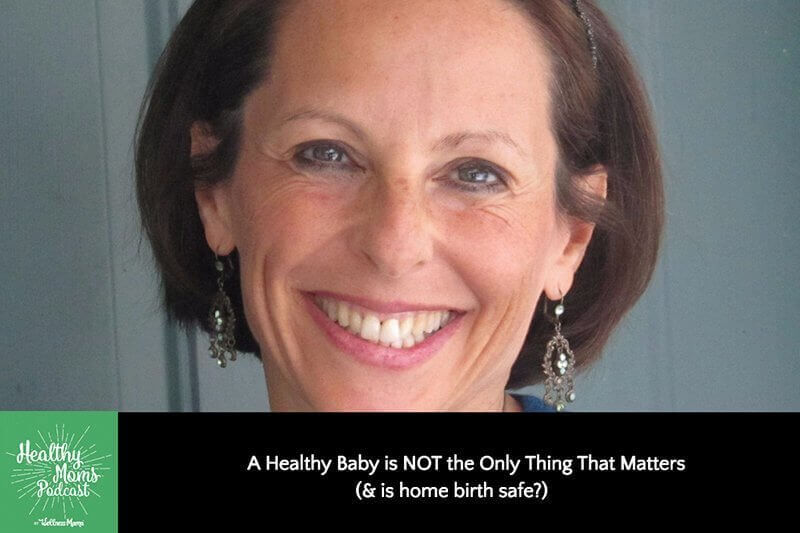 All that really matters is a healthy baby. Truer words were never spoken, right? But wait … if I’ve learned anything from my birth stories (and trust me, they run the gamut) a healthy baby is only part of it. Certainly a healthy baby matters very much, but someone else gets swept under the rug way too easily: a healthy mom!

It Takes a Village to Raise a … Mom?

Listen to this excerpt from today’s guest, veteran midwife and legend in the birth world, Anne Margolis:

There was a time throughout history and around the world where we used to live in communities, tribes, or communal settings where a woman who just gave birth was treated like a goddess. She was left to heal, and rest, and breastfeed. All the women in the community took care of everything else … childcare of the other children, her work responsibilities if she was working outside the home, errands, cooking, cleaning, all of that.… The woman was so surrounded by this circle of love and support.

Wow. Something tells me times have changed!

After two difficult births of her own, Anne Margolis left her career as an obstetrics nurse to find a better way to birth. Now Anne has personally ushered over 1000 healthy babies into the world in her 22 years as a Licensed Certified Nurse Midwife and OB/GYN Nurse Practitioner. Her single mission? To help moms feel safe, honored, and supported, in the hospital or at home.

Here’s just a bit of her empowering message:

As a doula, I’ve seen moms do incredibly hard (and beautiful) things. Above all, let’s bring back a culture that celebrates the strength of moms in all types of births and supports them for as long as they need.

Getting off my soapbox now … and turning it over to Anne!

Do you have a birth story to tell? Please share and tell moms everywhere that this conversation matters!

This episode is sponsored by Four Sigmatic. You’ve heard me talk about Four Sigmatic before because I love their coffees, teas and hot chocolates. They’re delicious combinations of coffee, cocoa and adaptogen herbs, now with the benefits of Chaga, Cordyceps, and Lions Mane for an extra brain boost and clean energy. My longtime favorite is their instant coffee but lately I’ve also really been enjoying their caffeine-free blends. Try out all of these delicious drinks at foursigmatic.com/wellnessmama and make sure to use the code WELLNESS MAMA to get 15% off of your order.

This podcast is also brought to you by ButcherBox. If you haven’t heard of them, they’re a great company that ships really high quality meats to your door. They carry 100% grass fed beef, organic and pastured chicken, and heritage breed pork and they deliver it directly to your door. All of their products are humanly raised and free of antibiotics and hormones. And as a Wellness Mama listener, you can get $15 off plus free bacon in your first box. Go to butcherbox.com/wellnessmama and use the promo code HEALTHYMOMS (in all capital letters).