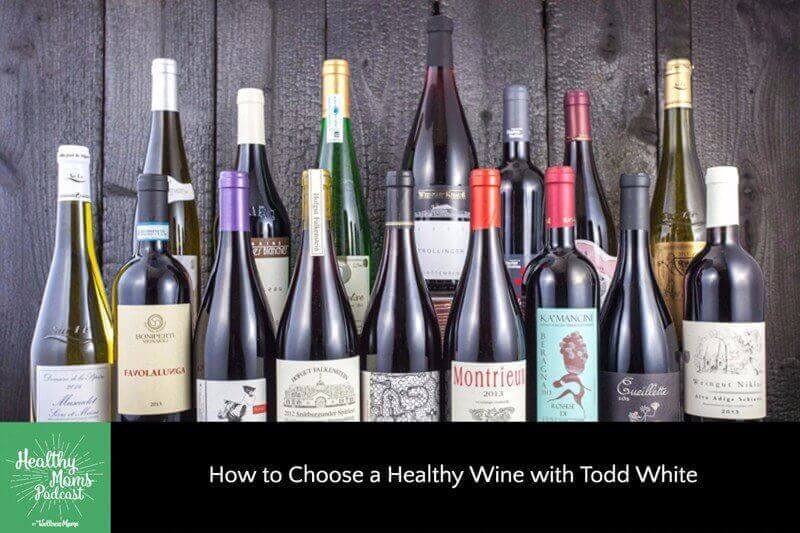 The Wellness Mama Podcast
063: Todd White on How to Choose Healthy Wine

As a mom of six, it’s long been part of my weekly ritual to sit down with my husband after the kids are in bed and enjoy all a good glass of wine has to offer. But as my diet improves (and as I get older … ahem), I find I’m more and more likely to get hangover-like symptoms, even from just one or two glasses of wine.

This is a problem! And one that isn’t as simple as sulfites, as many commonly think.

Thankfully, I discovered Todd White, wine expert from the Napa Valley, and the amazing Dry Farm Wines company. Dry Farm Wines works with small family vineyards all over the world to provide pure, natural wines that are also … get this … sugar free!

Dry Farm Wines: The Best Wine for Your Health

It all started when Todd set out to solve a personal problem: how to still indulge his passion for wine while avoiding the #1 public health enemy, sugar. His solution grew into Dry Farm Wines, the only lab tested, all natural, health quantified wine merchant in the world today.

Dry Farm “biohacks” wine so we can have all of its health benefits without the downsides. Many leading U.S. health influencers endorse these wines, including Mark Sisson, Dave Asprey, Robb Wolf, Abel James, the Fat Burning Man, and others (and now me!).

Todd’s expertise on wine is vast, and I can’t thank him enough for sharing what he knows so I can keep enjoying a good glass of wine (or mulled wine!)

So how does Dry Farm Wines accomplish what they do? Can sugar-free, low-carb wine really taste good?

The truth is, traditional wine making practices produce the best (and lowest sugar) wine. Just like with food, the industrialization of winemaking over the last fifty years has lowered the quality of wine by choosing cheap, fast methods of production.

For this reason, Todd recommends wine not from the U.S. or the Napa Valley, as you might think, but wine from small vineyards in Europe.

The U.S. leads the world in the irrigation of grapevines with almost 100% of all vineyards in the U.S. being drip irrigated. This might seem like a harmless enough practice, but most of Europe has outlawed irrigation, and for good reason.

Todd explains why irrigation isn’t as harmless of a practice as it might seem:

When the fruit ripens on a grapevine, the physiology of that ripening process is deeply impacted by irrigation…. This is the reason that the Europeans don’t irrigate. It’s because the character of the taste of the fruit fundamentally changes.

And it’s not just taste that’s sacrificed. Higher water content means the grape will need to have a higher sugar content to make good tasting wine. The higher the sugar content at the time of picking, the higher the level of alcohol (and sugar byproducts like glycol) in the final product.

Which means no more headaches for us!

Other Benefits of Dry Farm Wines

In fact, you can now try my favorite wine for only a penny! Check out this exclusive Wellness Mama offer.

Do you enjoy wine? Have you ever experienced negative side effects from drinking it even in moderation? Please share what has and hasn’t worked for you!

I use their bone broth on a regular basis and used it to create the recipes in my new bone broth e-book (releasing later this year).

This podcast is also brought to you by Thrive Market. If you live in a real food desert like I do, it can be difficult to find certain organic, specialty, or allergy-friendly foods. Thrive Market makes it easy by carrying thousands of the non-perishable foods that I use most often at discount prices.

062: Jasmina Aganovic on Good Clean Dirt
Next Post: 064: CIA Agent Jason Hanson on How to Keep Your Family Safe