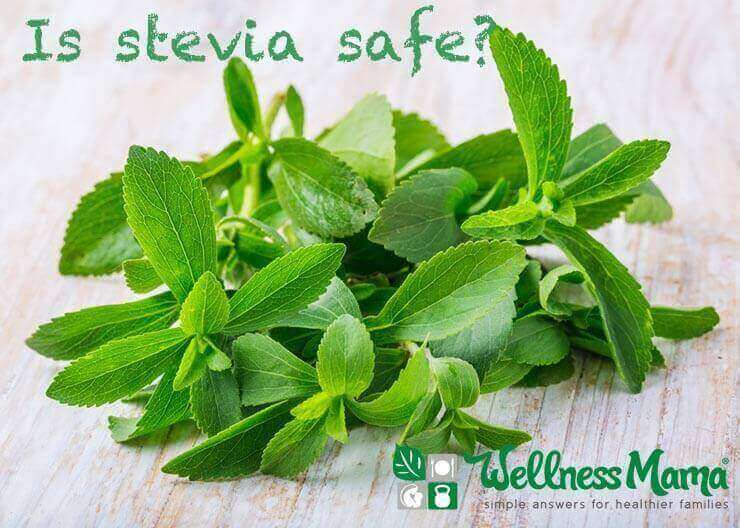 Is Stevia Safe or Healthy?

We all know that sugar isn’t healthy, especially in excess, but increased awareness about the problems with sugar consumption have led to the development and use of sugar substitutes.

Some of these substitutes are harmful, and some are beneficial alternatives. Most alternative sweeteners on the market are artificially created and have a host of side effects. Others, like honey or maple syrup, have slightly more health benefits than processed sugar but are still high in naturally occurring types of sugar such as fructose.

One sweetener that often gets lost amid the confusion is stevia…

Stevia is an herb, originally from South America, though it now grows throughout the world.

It is naturally very sweet and considered 100 to 200 times sweeter than sugar, but it doesn’t raise blood sugar levels like sugar and other artificial sweeteners do.

It has been used as a sweetener and medicinal herb in various cultures around the world for centuries but has only gained modern popularity in recent years.

Unfortunately, while stevia leaf (in fresh or dried form), is a natural herbal sweetener, many modern forms of stevia based sweeteners are powdered and processed. In fact, popular powdered stevia sweeteners go through dozens of steps during processing from bleaching to chemical alteration.

There are two compounds in stevia that are responsible for the sweetness: Stevioside and Rebaudioside A.

Rebaudioside A is most often extracted and used in stevia powders and sweeteners, but it is not usually the only ingredient. In fact, most stevia sweeteners on the market contain added erythritol from corn, dextrose or other artificial sweeteners.

Stevioside only makes up about 10% of the sweetness in stevia but also has the unusual bitter aftertaste that many people don’t like in stevia. It also contains most of the beneficial properties of stevia that are credited with the health benefits and is the most well studied.

To answer this question, it is important to differentiate between processed forms of stevia and the naturally occurring herbal form.

Stevia as the green plant that you can grow in your backyard or find as dried leaf or tincture form is considered safe and has even been studied and found to have health benefits.

Powdered and bleached stevia, though FDA approved, has not been studied and undergoes an extensive chemical process to reach its final white powdered form.

Benefits of Stevia (in Natural Form)

Stevia as a medicinal herb has been used for centuries but has also been recently studied for its health benefits.

One double-blind placebo study found that regular consumption of stevia can help reduce blood pressure for patients with mild hypertension.

Another study found that stevia may have the potential to reduce breast cancer cell growth, though this hasn’t been extensively researched yet.

Follow up studies have uncovered potential benefits in reducing blood sugar and in avoiding other types of cancer growth.

In addition, most people who consume stevia use it as an alternative for sugar, and simply avoiding sugar can have health benefits of its own.

Even in natural form, there are also some potential risks of using stevia.

It has an extremely sweet natural taste but doesn’t affect blood sugar levels. While this would logically be a good thing at first glance, there is a potential downside to this. The body expects a blood sugar change when consuming sweet foods. Some experts speculate that it might be stressful to the body when it expects a blood sugar rise and it doesn’t occur, though this hasn’t been proven.

While small and occasional consumption of stevia likely has little to no impact on general health, it should not be consumed on a regular basis especially by those with altered hormone balance and dysfunctional immune systems.

The only studies I found on this hormone aspect indicated that extremely large amounts of the Stevioside part of the plant would be needed to affect hormone balance (and Stevioside only makes up 10% of the sweet compounds in the plant), so I don’t think this is a tremendous concern, especially for moderate or occasional use.

No human studies have ever shown any problems from pure and natural forms of stevia and dozens of studies have shown potential benefits from it.

Personally, I feel safe using stevia in leaf form or tinctures made from leaf form but avoid the white processed and powdered versions. It’s always possible to overdo things though, so I use it in moderation and vary it with other forms of natural sweeteners with a good safety profile (and taste!) like monk fruit extract or allulose sweetener.

In particular, the two forms of stevia I use are:

What do you think? Does your family use stevia?

The Trouble with Stevia

What is Marine Phytoplankton – Benefits & Uses
Next Post:How to Set up a Homeschool Classroom