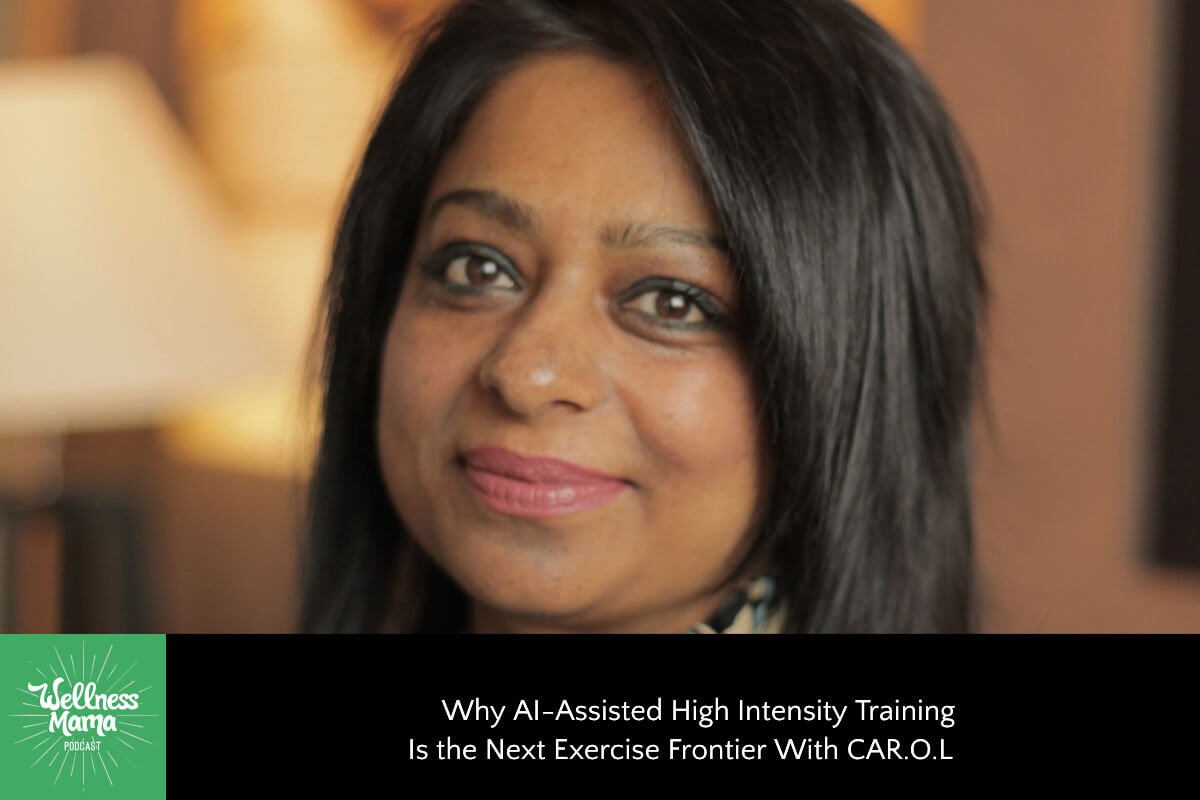 Wellness Mama » Podcast » 296: Why AI-Assisted High Intensity Training Is the Next Exercise Frontier With CAR.O.L

296: Why AI-Assisted High Intensity Training Is the Next Exercise Frontier With CAR.O.L

The Wellness Mama Podcast
296: Why AI-Assisted High Intensity Training Is the Next Exercise Frontier With CAR.O.L

Today we’re honing in on the science of high intensity interval training, which is the science-supported idea that you can get more benefit from a short, intense workout than from a 45-minute run, if you do it right.

I’m here with Ratna Singh, a mom of two and co-founder of a new startup called CAR.O.L, which sounds like a personal name but actually stands for Cardiovascular Optimization Logic. Ratna and her team have found a way to combine artificial intelligence and an exercise bike to create a highly effective HIIT interval training session.

We’re going to go deep on the benefits of this kind of AI-assisted exercise, how it can improve your heart rate variability and other health markers, and all kinds of fun stuff!

This episode is brought to you by Four Sigmatic, my source for superfood coffees, teas and elixirs that contain powerhouse mushrooms for better performance, sleep and health. I’ve been asked several times what the name means… and it’s a cool story…Basically, if you put all the foods in the world on a scale from bad to good, many would fall in the middle as average. The farther you get away from the average, the more rare it is, and the more “sigmas” it has. Only 50 superfoods in the world qualify as four sigmatic away from the average… these are the best of the best, the highest quality, and the products Four Sigmatic uses in their products. My favorites are the coffee with lions mane in the morning, reishi elixer or reishi cocoa at night to wind down, and any of their other products in between. My kids love their chai and superfood hot cocoa but I’d recommend all of their products. save 15% on any order with the code wellnessmama at foursigmatic.com/wellnessmama

This podcast is sponsored by Joovv red light therapy. This cutting edge photobiomodulation therapy uses red light in very specific wavelengths to support the body in various ways. I first discovered red light therapy when researching ways to support my thyroid and to help combat the hair loss I had during the peak of my Hashimotos. This simple therapy is still a part of my daily routine and I love how it supports my skin, hair and recovery. Joovv has a variety of sizes from a small handheld unit that is great for face, joints and on the go all the way up to full size wall units that can even be used in doctor and chiropractor offices. Go to Joovv.com/wellnessmama to learn more and to find out about special holiday financing.

295: Health Foods That Are Actually Making Us Sick With Dr. Gundry of the Plant Paradox
Next Post:297: Why the Wahls Protocol Works for More Than MS: An Update With Dr. Terry Wahls