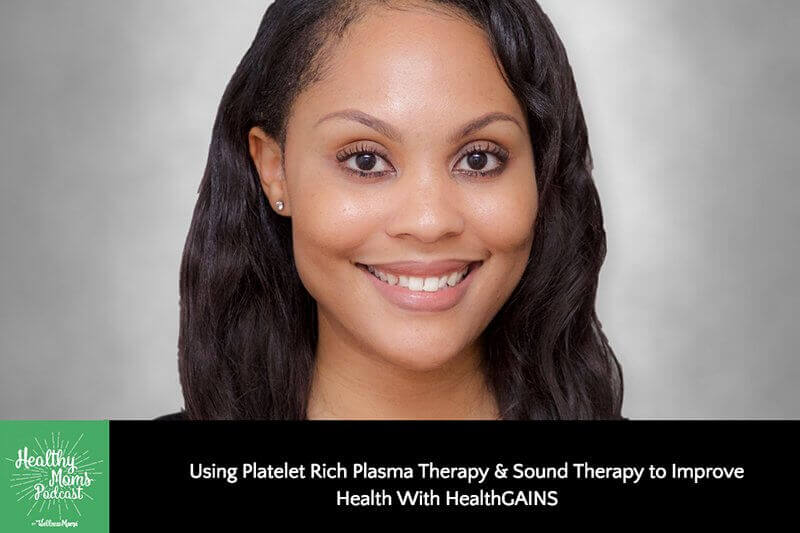 I get so many questions on this topic and I haven’t gotten into it too much yet on the blog, so I know you all will love today’s guest.

Vanessa Gaudin is a board-certified Family Nurse Practitioner and expert in women’s health and wellness at HealthGAINS in Miami, Florida. She’s here to talk about some minimally invasive therapies that help women restore vaginal sensitivity and lubrication, especially after childbirth. One uses sound waves, and the other uses plasma from your own body.

(Just a fair warning, if you’re listening with children and you don’t want to have to explain a lot, you may want to listen to this episode without them…)

Platelet-rich plasma therapy is pretty amazing because all they use is your own blood to promote healing. The process involves separating the platelet-rich plasma from your blood with a centerfuge. They then inject this plasma to regenerate the nerves and soft tissues in that area.

Basically it’s your own body helping itself to be healthier, and I love that! What’s more, it only takes about 30 minutes and has virtually no recovery time.

Would you try one of these therapies from HealthGAINS? What questions do you have for Vanessa?

This podcast is brought to you by Plant Therapy. I’m often asked where I get my essential oils, and Plant Therapy is my go-to place these days. They offer many certified organic essential oils, including many kid-safe blends at really affordable prices. I also love that they offer bigger sizes of many oils so I can order our favorites in 100-milliliter bottles and they last longer, and then I throw fewer bottles in the recycling each month. Many of you also know that not all essential oils are safe to use on babies and small children, and that certain dilution ratios should always be followed. Plant Therapy takes the research and guesswork out of this, since they work with Robert Tisserand, who is the author of “Essential Oil Safety,” to make sure that all of their kid-safe oils are truly safe for kids. They are offering a 10% discount to Wellness Mama listeners and you can grab the discount by using the code WELLNESS10, all one word, WELLNESS10, at wellnessmama.com/go/pt.

This podcast is brought to you by Nutrition Genome. The most comprehensive genetic analysis on the market, Nutrition Genome covers 85+ clinically relevant genes across all of the major biochemical pathways. The test also includes a 50+ page report that really goes in-depth and gives feedback on your personal gene function and how to enhance your own gene expression. The analysis also provides foods that are best to emphasize and minimize, talks about toxins you’re more likely to be sensitive to, your genetic stress response, and even recommended blood work to optimize your genetic blueprint for long-lasting health and longevity. This testing doesn’t have the privacy concerns that some of the other popular genetic tests have, and we just did this with all our children. The results have been really helpful for customizing their diets and supplements. You can check it out and learn more and get the test at wellnessmama.com/go/nutrition-genome.

163: Tero Isokauppila on Edible and Medicinal Mushrooms
Next Post: 165: Jen Hansard on How to Make Simple Green Smoothies a Daily Habit