In the early days of my marriage, when I was pregnant with our first child, I had a daily ritual of cleaning the entire house each day from baseboards to ceiling (nesting, anyone?) and then watching the food channels for dinner inspiration.

My husband is Italian, so I learned how to cook from Giada, Emeril, and Mario.

Of course, back then I also managed to shower daily, keep the house spotless, prepare meals that took hours to make, and be dressed and wearing make-up before my husband got home… it’s amazing how efficient one can be when using both hands.

Anyway, one recipe I often saw on cooking shows but never got around to making back then was chicken piccata. (This is also due to a bad citrus experience early in one of my pregnancies that left a lingering repulsion for citrus flavored meats… thankfully, it’s finally gone.)

A few months ago, a friend mentioned making chicken piccata and I decided that it was worth a try. I did not like citrus flavors in meat at all before this and I really, really liked this variation. It’s also really fast to make and is even great cold! Plus, it sounds fancy :-). Try this chicken piñata (as my kids call it…) 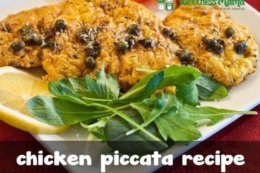 Alternate Ending: Instead of reducing the sauce in step 12, you can add about ½ pound of spinach and saute until it is wilted and then serve the chicken on top of a bed of wilted spinach with some freshly squeezed lime juice on top. 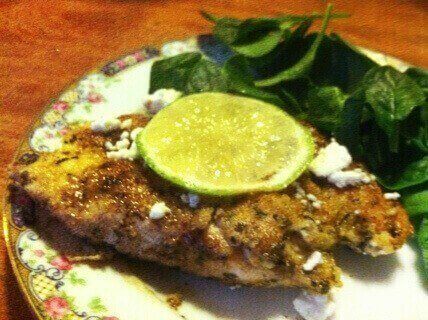 Ever had chicken piccata? Do you make it differently? Let me know below!

The Importance of Eating “Real Food”
Next Post: How to Implement Nutrition Changes