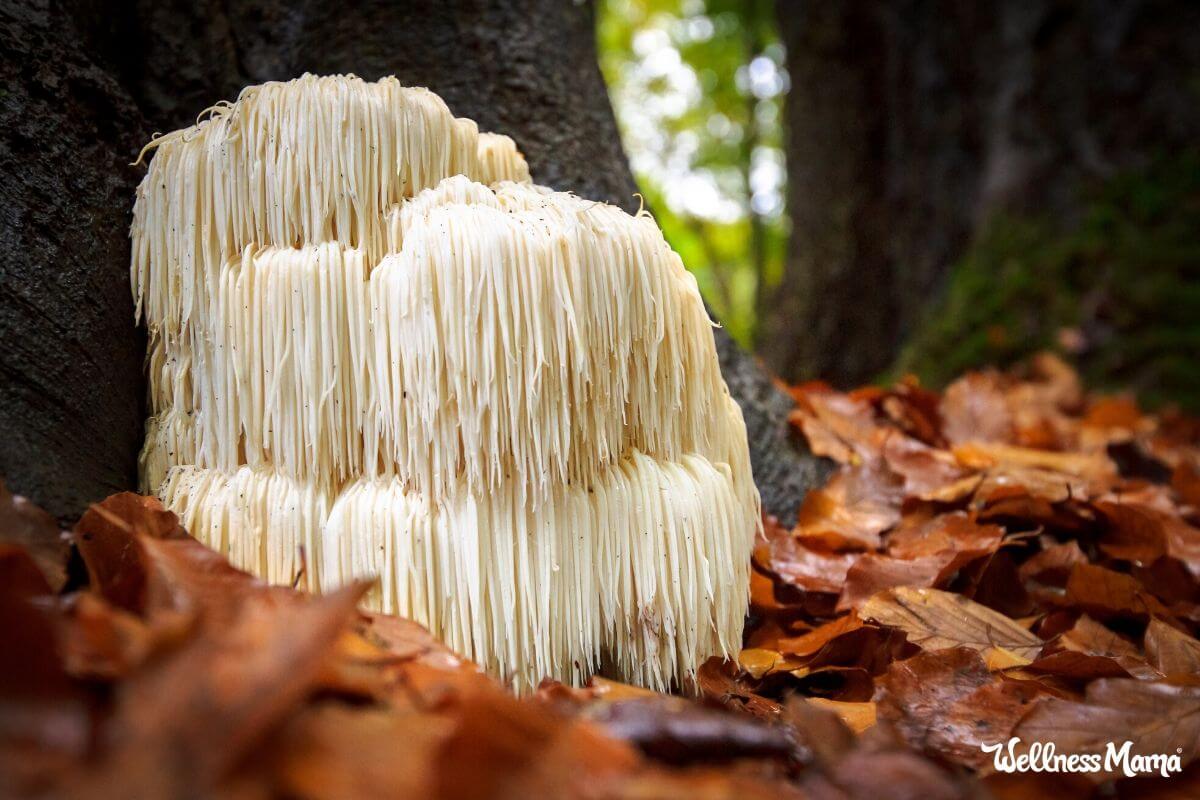 Lion’s mane is a funny-looking mushroom, it’s true, but it seems to have some seriously impressive health benefits. Used medicinally in Asia for centuries, lion’s mane is becoming increasingly popular in the West as science starts to back up its reputation.

I’ve tried other mushrooms like chaga and noticed a difference in energy and focus, so I wanted to know more about this superfood mushroom as well.

As early as 450 BCE, the Greek physician (and grandfather of modern medicine) Hippocrates identified mushrooms as potent anti-inflammatory agents. All these years later, knowledge about medicinal mushrooms is still in its infancy (at least in the West).

Some researchers theorize that we haven’t explored fungi as medicine because they can be so dangerously confusing. One mushroom may be good for eating while the one right next to it could kill us! It makes sense to be cautious of something we perceive as dangerous and that is not well understood. (That being said, traditional Eastern cultures seem to have figured it out…)

In a nutshell, lion’s mane is known for its effects on the central nervous system. Chinese medicine practitioners have used lion’s mane medicinally for centuries to:

It is also thought to be helpful with insomnia, weakness, and low strength or energy… and research is still uncovering other benefits.

What Is Lion’s Mane Mushroom?

Lion’s mane (Hericium erinaceus) is native to North America, Europe, and Asia. However, it isn’t widely cultivated outside of Asia, where it holds a strong reputation as a healthful medicinal mushroom.

One reason you haven’t seen lion’s mane at the grocery store is its rather creepy, shaggy appearance. It looks more like a white pom-pom than the typical edible mushroom. Thanks to its appearance it has a long list of creative names: sheepshead, bearded tooth mushroom, satyr’s beard, monkey’s head, pom-pom mushroom, bearded hedgehog mushroom, and yamabushitake.

Lion’s mane has many health benefits but is most researched for how it affects the brain.

Lion’s mane is said to promote focus and concentration as well as memory. In our modern society where we are always multitasking, this is something on a lot of our minds (pun fully intended).

Research shows that lion’s mane helps improve focus by stimulating nerve growth factor (NGF). NGF is a neuropeptide that helps regulate growth, maintenance, proliferation, and survival of neurons or nerve cells. These neurons are like messengers, sending and processing information from the brain to the rest of the body. This research also shows that it can help improve photographic and short-term memory.

Anxiety and depression are two of the most common mental illnesses affecting people today. Vitamin B12 deficiency has proven to be a big factor in depression, but when that’s not enough, lion’s mane may help.

This mushroom likely has an effect on the autonomous nervous system because of its ability to stimulate NGF. This is the part of the nervous system that regulates automatic processes like breathing.

(Note: This is probably only one factor as to why it helps mental state and more research is needed to find out why it works.)

May Stop or Reverse Neurodegenerative Disease

The ability to stimulate NGF can have beneficial effects on neurodegenerative diseases such as Alzheimer’s disease, Parkinson’s disease, and dementia. In studies, the polysaccharides in these mushrooms were found to be neuroprotective. Additionally, neurite outgrowth (the process of neurons learning and growing in their job as messengers) also improved.

While neuroprotection is important, regeneration is even better. One study found that lion’s mane mushrooms help regenerate neurons from peripheral nerve injury (reconnecting links between the brain and the spinal cord). For this reason lion’s mane may also protect against the spread of Parkinson’s disease.

Other Uses of Lion’s Mane

Lion’s mane is well known as a brain-supporting mushroom, but there are other benefits this medicinal mushroom can provide too. These additional health benefits alongside the cognitive function support make lion’s mane an amazing overall food, and many health companies are now providing it in supplement form.

Lion’s mane has no known side effects or established toxicity and is generally considered safe. However, it’s not uncommon for funguses to cause allergic reactions like skin rashes or breathing difficulty. Always check with your doctor before supplementing with lion’s mane, especially if you have any allergies to other mushrooms.

How to Use It

Use lion’s mane like any other mushroom. It’s a great replacement for meat due to its meaty texture and is thought to take on the flavor of what you cook with it. But fair warning — some think lion’s mane can also have a crab or lobster taste and texture. That’s a great thing if you like seafood (not so great if you don’t!).

Lion’s mane is still relatively new in the West so you aren’t likely to find it at your local grocery store. An Asian market may have it available locally. There are also many different kinds of kits to start growing your own mushrooms!

I haven’t tried preparing (or growing) lion’s mane myself. This tutorial on how to cook it claims “the contrasts between the hairs and the almost rubbery texture of the inside makes for an amazing culinary experience.”

Uh… I’ll take their word for it for now… if you try it, let me know if they’re right! 🙂

If you don’t want to try fresh lion’s mane, consider using the dried mushroom in a tea. Alternately you could try a capsule, tincture, or lion’s mane extract. My favorite way to get my dose is by using Four Sigmatic elixir or coffees. You just add hot water to the single-serve packets so they are perfect for traveling, camping, or a quick cup at home. (And I promise… you won’t even know it has mushrooms in it!)

As always, supplementing with even the best superfood supplements isn’t going to fix a poor diet, but it can be a great natural way to boost productivity and focus… and who doesn’t need that?

Have you tried lion’s mane? Did you feel an improvement in your brain health? 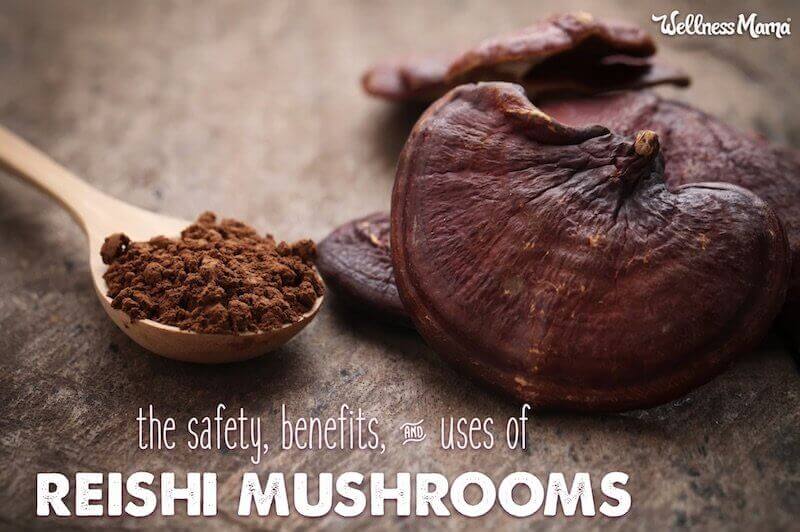 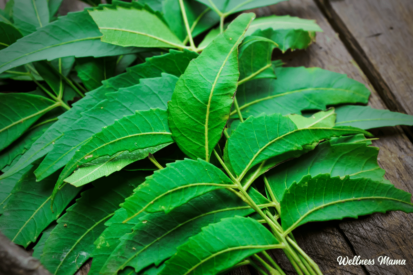 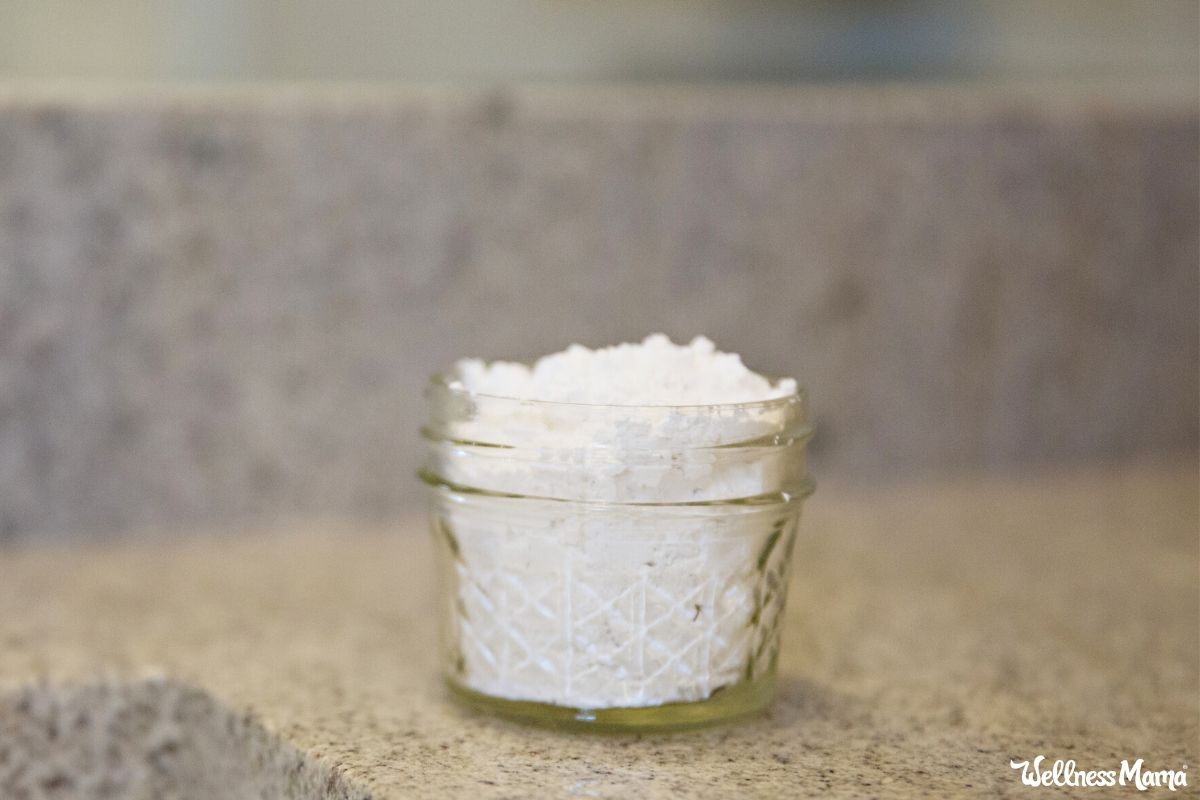 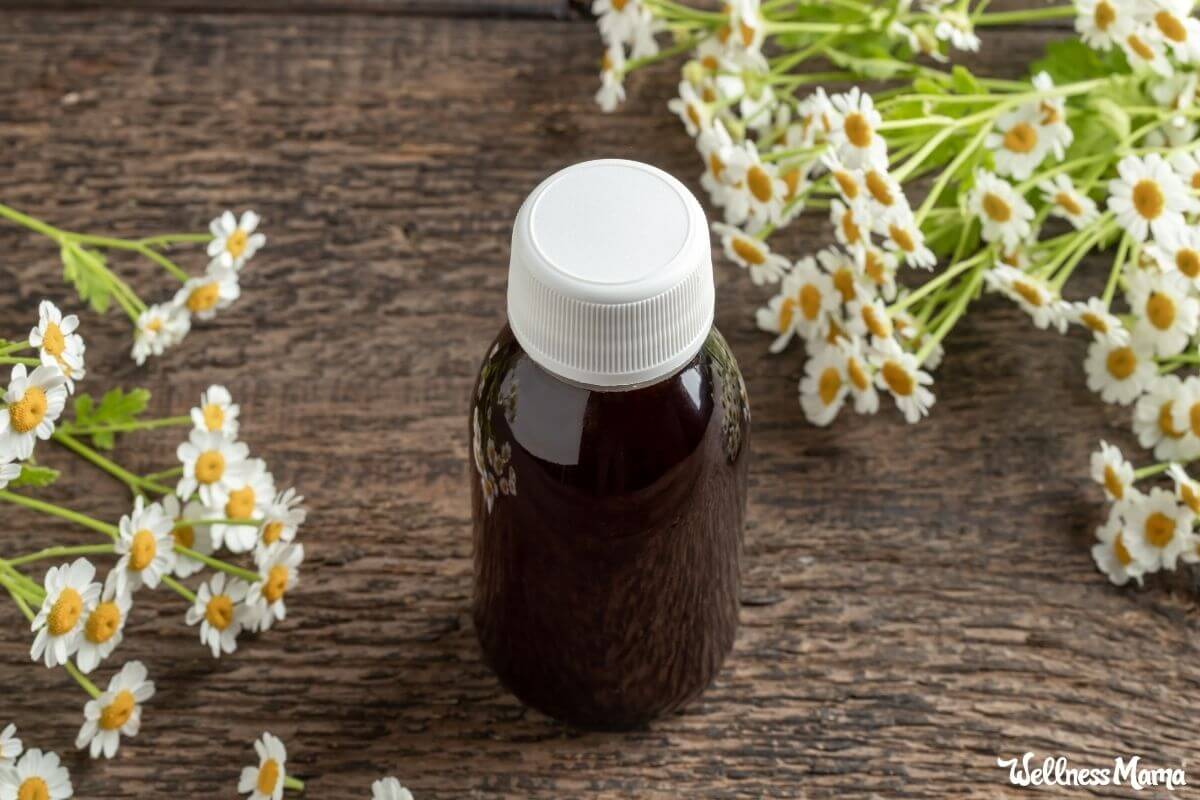 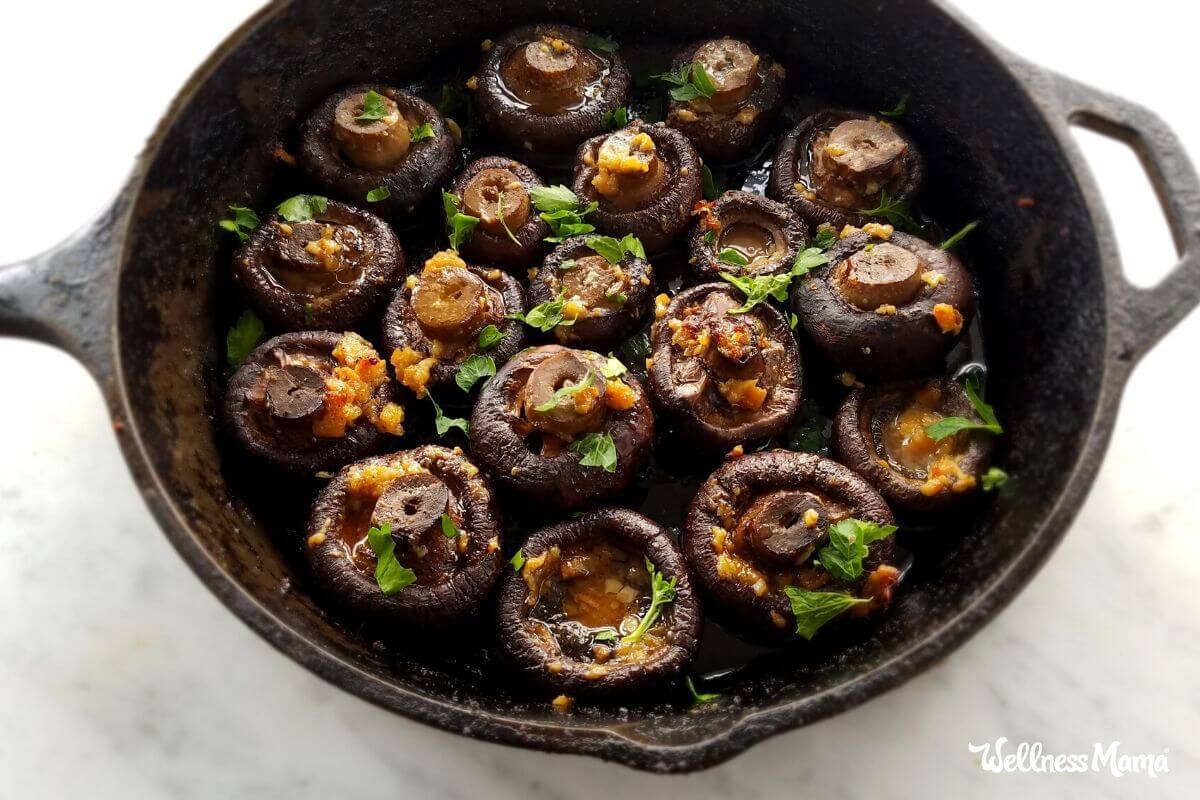 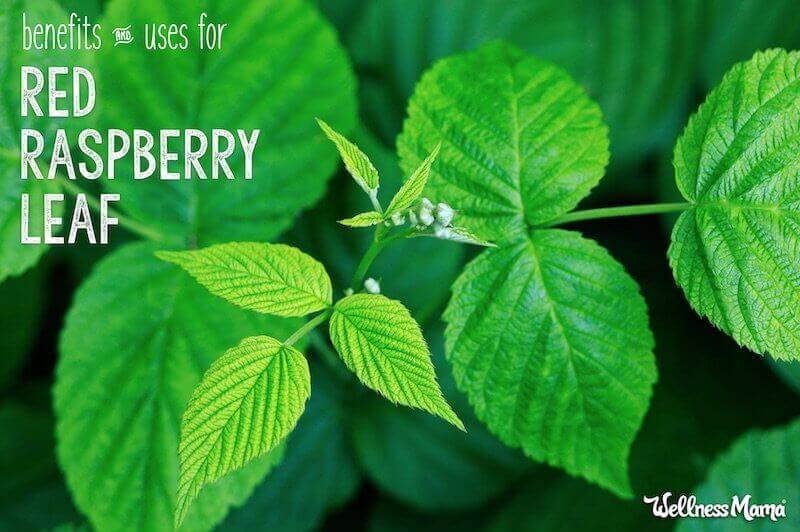