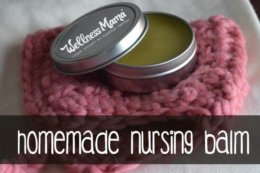 Important Reasons to Ditch the Teflon
Next Post: My Breech Water Birth Story