Ever heard of switchel? It is a fermented beverage that hasn’t seemed to gain the popularity of kombucha … yet (though I suspect it will soon!). It relies on pre-fermented apple cider vinegar and does not have a long fermentation process like kombucha or kefir do, making it a great first drink for anyone new to fermenting.

Switchel has quite a few nicknames including Haymaker’s Punch, Ginger-Water, and Swizzy. It is a fermented drink that originated in the Caribbean and that often contains apple cider vinegar, water, a natural sweetener, and a flavoring, like ginger root.

It is an inexpensive and electrolyte-filled way to get the benefits of apple cider vinegar and is much more tasty than undiluted vinegar! While it isn’t as popular as kombucha yet, I recently saw a switchel-based cocktail on the menu in a restaurant, making me wonder if its return to popularity has begun.

Sources disagree about when switchel officially made its way to the United States, but agree that it has been here for well over 100 years. I remember a mention of it in one of my favorite childhood books, The Long Winter by Laura Ingalls Wilder:

Ma had sent them ginger-water. She had sweetened the cool well-water with sugar, flavored it with vinegar, and put in plenty of ginger to warm their stomachs so they could drink till they were not thirsty. Ginger-water would not make them sick, as plain cold water would when they were so hot.

Sources also disagree about the “right” way to make switchel, the sweetener that should be used, and the proportions. Like most recipes, the trick seems to be finding a recipe that you love.

Like other fermented foods and drinks, switchel has its share of benefits, depending on the ingredients. There are endless ways to make this tasty drink and all of the ingredients offer their own benefits. In my favorite recipe, I use:

Just talking about it makes me want to get up and go start a batch!

How to Make Switchel

Now for the fun part! No need for a scoby or kefir grains (though I always have those in my kitchen as well). In fact, you likely already have the ingredients for this delicious drink in your kitchen.

Here’s how to make ginger switchel: 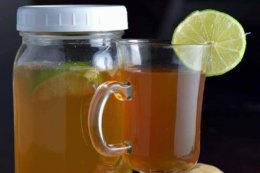 If using seltzer water, only add half the amount of listed water to the jar. Add the other half as seltzer water when serving.

Ever heard of switchel? Ready to try it with your family? 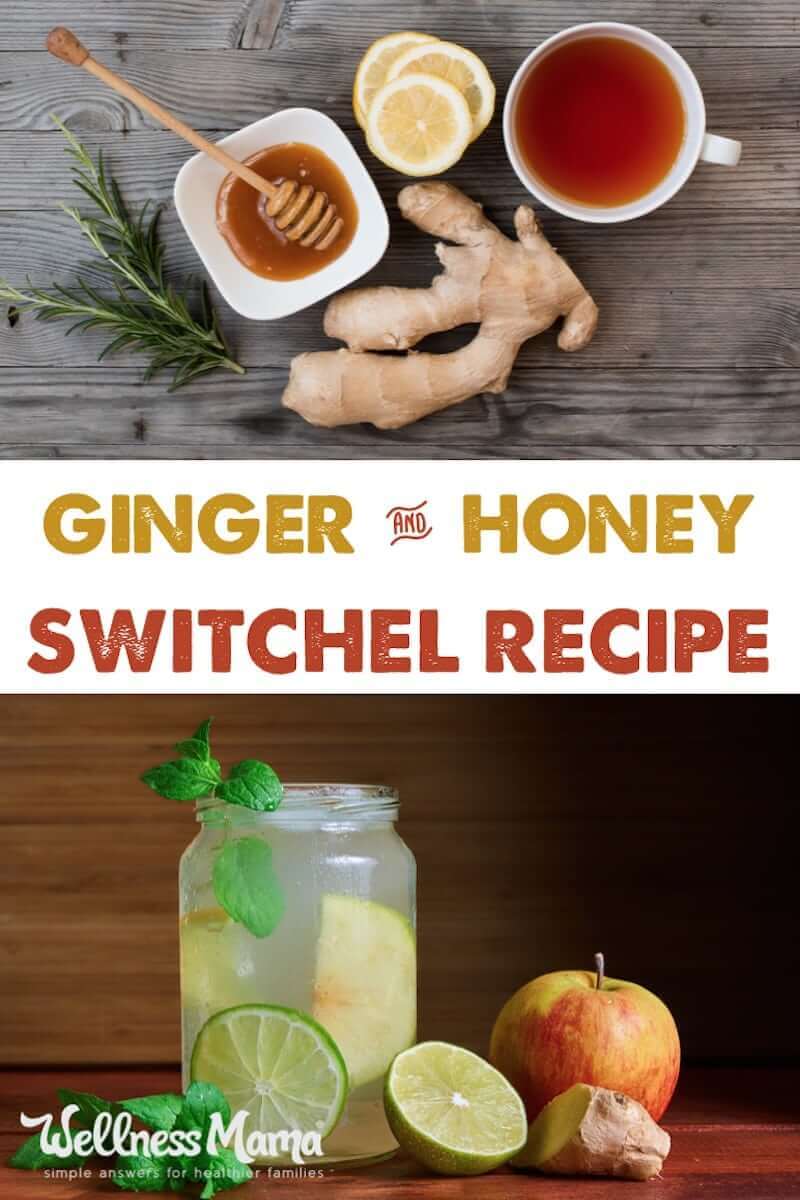 Tips to Naturally Reduce Stress… Starting Now!
Next Post: 5 Reasons to Have a Moms’ Night Out