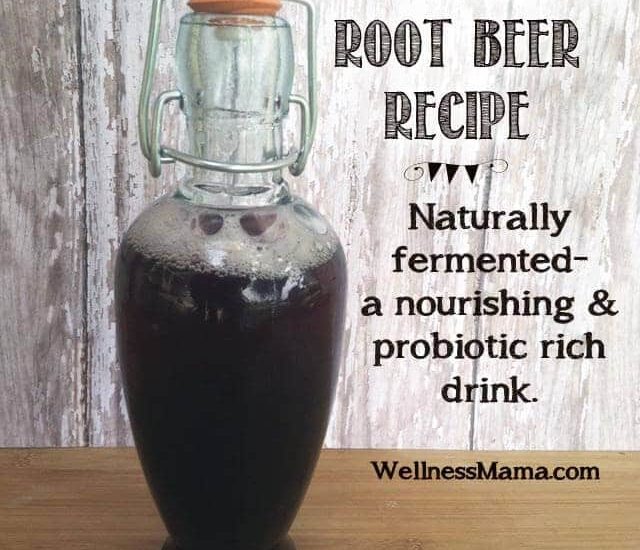 I’ve gotten a lot of positive feedback on my homemade ginger ale recipe, so I also wanted to share another favorite at our house: homemade root beer.

This root beer recipe uses the same beneficial culture as the ginger ale: a homemade ginger bug. Homemade root beer is also simple to make and has all the flavor of conventional root beer without the harmful ingredients.

The herbs used in homemade root beer, mainly sassafras and sarsaparilla (as well as wintergreen), have some controversy surrounding them. These herbs contain safrole, which was once found to cause cancer in mice. I personally do not feel that there is a risk when consuming sassafras root in its whole form, as this article from Nourished Kitchen explains:

Wintergreen leaf, though almost always an ingredient in most traditional root beer recipes, replaced sassafras as the prominent flavor in root beer during the 1960s when a study conducted on lab animals implicated safrole, a naturally occurring polyphenol, in liver cancer. Of course, the lab rats were fed massive quantities of safrole – the human equivalent of consuming about 32 twelve-ounce bottles of root beer a day. After the study was released, the FDA required commercial soft drink makers to remove sassafras from their brews. Of course, cinnamon, nutmeg and basil also contain safrole but this seemed to escape the attention of the FDA.

Interestingly, while massive quantities of safrole caused liver cancer in lab animals, it seems that small doses may actually play a protective role for humans. Some studies indicate that safrole may actually stimulate the death of cancer cells, particularly oral cancers though it may also do so in lung and prostrate cancers.

Wintergreen, already an ingredient in root beer, offered a flavor profile strikingly similar to that of sassafras, and made a ready replacement. Most root beers made today contain neither sassafras nor wintergreen and are instead made with artificial flavors. Even wintergreen extract, the preferred flavoring for many home brewers, is difficult to attain and typically is made with propylene glycol – a petrochemical.

As with all herbs, it is important to consult a doctor, health care practitioner, or herbalist before consuming any herb, especially if you are pregnant, nursing, or have a medical condition. I personally stick with homemade ginger ale or homemade Dr. Pepper when pregnant.

How to Make Homemade Root Beer

As I said, I am comfortable using sassafras and wintergreen in this recipe. While a variety of other herbs were sometimes used in traditional recipes (including sarsaparilla, burdock, anise, licorice, astragalus, and others), I’ve found that the same flavor can be accomplished with only a few herbs. This simplified version is much more budget friendly as many of these herbs are hard to source and expensive. The rest of the herbs can be used if desired, and 1 Tablespoon of each could be added. In many places, sassafras can be wild-sourced, but I would recommend checking with a qualified herbalist or horticulture expert before using any plant.

Before beginning, it is important to have the culture ready to go. I use a homemade ginger bug in this recipe as it gives both the flavor and carbonation, though any type of natural culture could be used. 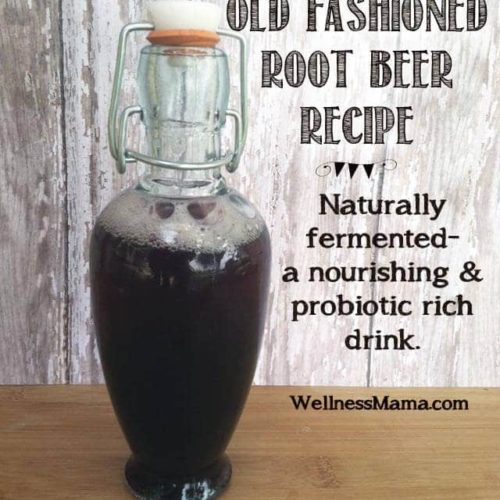 Serving: 1cupCalories: 73kcalCarbohydrates: 8gProtein: 0.1gSodium: 15mgFiber: 0.1gSugar: 6.4g
Tried this recipe?Let us know how it was! 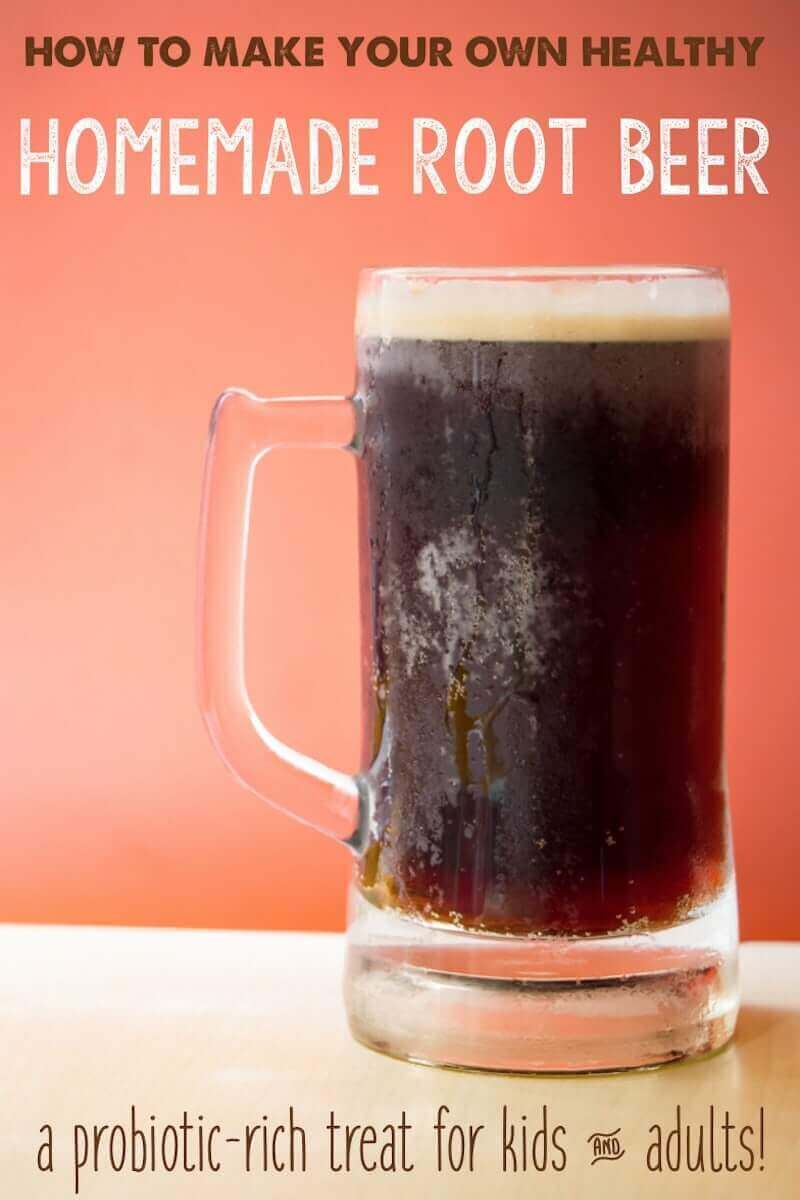